101: Everything I learned my freshmen year.
I’m Lanore Vesta. Most know me as the first Mixbreed to enroll into . Others may recognize me from my involvement with Mixbreeds for Equality. Regardless here are the five things I learned during my freshmen year.
1- Never date a Kappa Sigma Que fraternity brother!
The fraternity is the only all Shapeshifter organization on campus. My roommate is a Kappa guy. He took me on a tour of his fraternity house. In the basement there is a Pound Chart. It announces every female that fraternity brothers have slept with. It includes her yearbook picture sexual ability scores and body measurements.
2- Don’t bring your pet Pixie on campus!
Pixies aren’t allowed inside classes because their poop although very pretty is impossible to clean. According to university policy if a campus security Troll catches a student with a Pixie they have the right to eat it. I learned the hard way that a Troll can sniff out a Pixie a mile away.
3- Never take a course by Professor Brinkjoy!
She is a powerful Earth Witch. If you are late to class she will order her spelled vines to grab your hands and feet and attach you to the ceiling. Once I was stuck the whole class period which sucked because I really had to go to the bathroom. Additionally if you disrupt her class hand in assignments late or chew gum she will attach you to the ceiling.
4- Never take evening courses!
All of the night professors are Vampires. Personally I believe Vamps are the most narcissistic species in the city. Every Vamp professor I’ve had covers the classroom walls with pictures of themselves. Four out of five of my Vamp professors assigned their biographies as required reading and the biographies had nothing to do with the course.
5-Never eat in Storm cafeteria on Spaghetti Day!
After a few minutes the pasta will move and slide off the plate. I’ve made several complaints and turned in a petition signed by a hundred students. To this date the university president has ignored my efforts and Spaghetti Day is still happening. 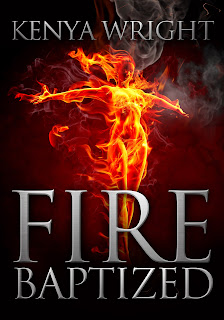 Blurb:
Since the 1970’s humans have forced supernaturals to live in caged cities. Silver brands embedded in their foreheads identify them by species: a full moon for Vampires, a crescent moon for Shifters, a pair of wings for Fairies, and the list goes on, for each supernatural species has been tagged and categorized by humans.
Lanore Vesta is marked with a silver X, the brand of Mixbreeds, second-class citizens shunned by society. She stays to herself, revealing her ability to create fire only during emergencies. All she wants to do is graduate college and stop having to steal to survive. But when she stumbles upon a murder in progress, she catches the attention of a supernatural killer. Now all she wants is to stop finding dead bodies in her apartment.
Enlisting help from her Were-cheetah ex-boyfriend Meshach and a new mysterious friend named Zulu, she is steered through the habitat’s raunchy nightlife. But their presence sometimes proves to be more burden than help, as they fight for her attention.
While the corpses pile up, and the scent of blood fills the air, Lanore is left wondering: will she find the psycho or die trying?
﻿

Kenya will be giving away a $10 Amazon.com gift certificate to one randomly drawn commenter during the tour.
Here’s an excerpt from my novel Fire Baptized.
“Miss Lanore Vesta.” Professor Rodriguez applauded. “I’m so glad you decided to attend my class today.”
I didn’t respond shuffling up the stairs toward the back seats.
Supernaturals giggled.
Arguing with Zulu’s guard had made me thirty minutes late. I glared at the Fairy as he marched behind me. His hot red suit contrasted with his tan complexion and short height. Standing only five feet tall he came to my chest. I could see the ceiling’s light shining on his bald head.
Zulu and I had agreed the guard would not follow me into my classes. The problem was when Zulu hired him the contract said “stay with Lanore guard her and keep her safe.” This Fairy was a Spriggan which meant all contracts were taken literally. Disregarding anything I said the guard remained by my side only leaving me alone for bathroom breaks.
Thankfully.
“Miss Vesta.” Professor Rodriguez pointed to a chair in front of her. “Due to your tardiness you’ll be sitting in the front row. And you’ve brought a guest without requesting my permission. How considerate of you.”
Professor Rodriguez looked down at the Spriggan shaking her head. She chanted a spell. Paragraphs appeared in front of the class. Each word was black a foot long and floated in the air. I scanned the air for the page number. It hovered above the professor’s desk. The class’s discussion had completed the pages I’d read.
Out-freaking-standing.
“You’re one of a few Mixbreeds at this university.” Professor Rodriguez glared at me. “If you graduate in the spring you’ll be the first Mixbreed to do it. You should try to be a positive example instead of a confirmation of Mixbreeds’ failures.”
I pulled out my copy of American Supernatural History while the people behind me snickered.
“Miss Vesta. Stand up and discuss the Black Panther Party and its significance in our history.” She walked through the words and sat down in her seat.
I stood up. “The Black Panther party was a group of Africans who---”
“African Americans Miss Vesta. With your skin color I’d assume you’d know what that means.” She waved her hands. A black and white photograph of the Black Panther party members appeared next to her magicked text. I cleared my throat.
“They were African American Shapeshifters. Most of the members were black fur-coated Were-leopards and Were-jaguars. The government monitored them for suspicion of terrorist activities.” I twisted the bottom of my shirt around my finger. “One night the Humans saw the members shifting after a meeting in the woods---”
“The Humans?” Professor Rodriguez shook her head. “This isn’t one of your remedial Mixbreed classes. You’ll need to say the government agency here.”
A few students raised their hands. I wiped the sweat off of my forehead. Professor Rodriguez pointed to a female Supe with green hair.
“The FBI” said the green haired female.
“Thank you Gloria.” The professor stared back at me. “Continue.”
I tapped my right foot. “The Human president ordered a national state of emergency.”
“Is that what your textbook says?”
“I didn’t get to finish reading that section.”
“That’s clear. You’re also wasting my time and your peers’. Please leave.” She pointed to the door. “I expect a paper on Chapter Five by Friday.”
Of course you do.
I avoided her eyes and walked out of class. Ray followed. Motherpounder. I’d fought to get into her class.
Professor Rodriguez was from the old school of thought believing Mixbreeds were abominations and should be euthanized. When she denied my registration for her class she wrote me a letter explaining that most interspecies’ offspring had serious mental illnesses and the rest were only fit to be criminals or janitors.
I found her statistics to be Were-bullshit and wrote letters to the university board threatening to contact PETA and other human organizations that supported Mixbreed rights. Not wanting negative news the university forced the professor to let me enroll. 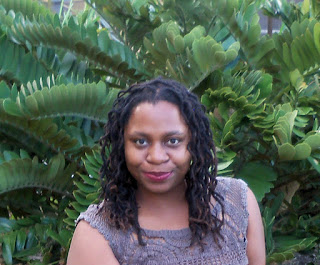 Kenya Wright always knew she would be famous since the ripe old age of six when she sung the Michael Jackson thriller song in her bathroom mirror. She has tried her hand at many things from enlisting in the Navy for six years as a Persian-Farsi linguist to being a nude model at an art university.
However, writing has been the only constant love in her life.
Now Kenya is publishing her first book, Fire Baptized, the urban fantasy novel she always wanted to read. This novel is the first book in a series.
Will she succeed? Of course.
For she has been coined The Urban Fantasy Queen, the Super Iconic Writer of this Age, The Lyrical Genius of Our Generation. Granted, these are all terms coined by her, within the private walls of her bathroom as she still sings the Michael Jackson thriller song.
Kenya Wright currently resides in Miami with her three amazing, overactive children, a supportive, gorgeous husband, and three cool black cats that refuse to stop sleeping on Kenya’s head at night.
Website:  http://www.kenyawright.com
Book Video:  http://youtu.be/a28T5HzpGJ4
Posted by Annie Nicholas at 1:13 AM

Thank you Lanore Vesta. I will never attend a SUPERNATURAL COLLEGE.

Thank you for the amazing excerpt.

Thank you for hosting Kenya (and Lanore!) today.

I applied to Maya Luna University, but they didn't accept me. They claimed it was because I lacked supernatural ability. I informed them that I was a SECRET superhero and thus could not divulge my powers. . . . I guess they just didn't believe me.

I say you write your congressman!

No pixies allowed?? That's harsh. If I left mine at home she'd trash the place.

Loved those 5 things you learn in freshman year! Great fun!

If you have a ‘first novel’ tucked away in a drawer someplace and is considered to be ‘unpublishable’, what would need to be done to that novel to bring it back to life and make it publishable?

I think doing a freash read over the whole novel without making any changes is the first step. You may find great places that may stimulate your writing mind to take the work off in a new direction.

Usually, if my manuscript has been sitting in my drawer I already had a clear path and I just work on the story until it is where I want it to be.

That Kappa Sig Pound Chart is just awful! I think some frats probably actually do that. YUCK.

what a fun and creative idea. It is the first time I have ever seen a writer come up with something so original.

Are there any classes that you'd suggest taking at a supernatural college? Like singing class taught by a siren professor or something like that?