Things that go bump in the night

Things that go bump in the night

I know you've heard those words before. I want to remind you that when Things go bump in the night they are not always paranormal in nature, although they frequently involve characters who are paranormal. (grin)
Hello I'm Gary Stillman and I write as G.E. Stills. This is one of my first attempts at a blog post so bare with me (bare misspelled intentionally). I'm glad to be here in the company of so many talented authors. Most of them are new friends while a couple I've known for…several years.


I don't have a lot of experience with ghosts, none in my personal life. I can only think of one instance where I included one in a book I wrote. Her name is Marla and she is a friend of Gail's. (a main character in my Gail and Jeff series.)  Marla is the spirit of Gail's murdered girlfriend and pesky as she can be. She torments Jeff and Gail frequently. (Jeff is the other main character in the series.) Marla invades the body of one of Gail's girlfriends (Isabelle) to further torment in physical form. Marla's teasing is often humorous and usually naughty. Marla is present early in the series but she takes on a lager role in book four (The Ancient Book). This series is intended for the 18+ reader 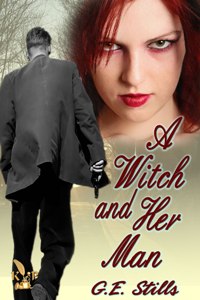 Book trailer for The Ancient Book.

Excerpt from The Ancient Book
Gail has little chance of resisting when Isabelle (nicknamed Isa) and the ghost, Marla, join forces to seduce her.
"So how are your studies going Isa?" she said in an attempt at light conversation.
Not answering, Isa came to a halt in front of her. She wasn’t prepared when Isa’s hand flashed forward, Isa’s palm cupped her sex. Jolting back Gail felt her back slap against the kitchen counter. Even as her hand ripped Isa’s away from her she knew it was too late. She shoved Isa away from her and gasped.
The breath caught in her throat. A burning need for sexual gratification instantly materialized within her. It roared through her shredding any resistance she could muster. Almost, her knees crumbled beneath her as an intense climax surged through her. Her panties became soaked. The orgasm didn’t leave her satisfied but only longing for more. The burning desire between her legs was nearly unbearable.
Through blurred vision, she saw a smile stretch across Isa’s lips. Not Isa’s smile.
Marla’s.
Isa winked and for the first time spoke. "Isa is no longer the sole occupant of this magnificent body. And it is wonderful and sexy you must agree. She was more than willing to share it with me when I told her I intended to use it in making love to you. You are in big trouble now little witchy," Isa said in Marla’s voice. She chuckled with Marla’s musical laugh.
"Why Marla? You know I love Jeff."
"Because I miss your touch. If I hadn’t been killed before my time there would never have been a Jeff. What we shared was fantastic. We will continue to make love. I’m selfish. I will not give up what we share. It will be even better now that I can physically feel you when you respond to my touch."
"Goddess! Marla you are being cruel."
"Perhaps you think so now but in the end you won’t."
On shaking legs, she increased the distance between her and Isa. The next voice coming from Isa’s lips was not Marla’s
"I’m sorry Gail, I know I promised to never make the first move and I’m still trying to honor that promise even with Marla here in me but it’s very difficult. We both want you and she has no such agreement to not make the first move." Isa walked away with Marla’s lusty laughter drifting over her shoulder. As she left the kitchen she sashayed her hips seductively.
Dashing down the hallway, she slammed the bedroom door behind her. She took off her pants and nearly ripped her saturated panties off, tossing both down the laundry chute. Sitting on the edge of her bed with her legs crossed, she waited for the strong feeling of arousal to pass.
"This is not fair Marla," she breathed into the air. "It is hard enough to resist the urge I feel when either of you is around. With the two of you working as a team and you Marla using your abilities I have little chance."
The feeling of intense desire and the nearly unbearable heat between her legs persisted. I have to do something. In this condition I’ll probably rape the first person I see.
Racing across the room she burst into the bath and opened the cold water tap in the shower. As she stood under the frigid spray the feeling of need slowly subsided. It didn’t go away but it lessoned. When she left the shower, Goose bumps covered her body. At least the heat between my legs is reduced to something I can contend with.
"Damn you Marla." She slipped on the most conservative bikini she had, one with a full bottom and then wrapped a sarong around her waist. Striding back into the pool room she resumed her duties as hostess. When asked, she indicated the changing room and the group took turns changing. She knew Stella had informed each of them to be conservative in respect to their dress so as not to make Jeff feel uncomfortable Conservative was a relative term though.
http://amzn.com/B0143UCYYM

Author GE Stills
Normally zany and often naughty talking, G. E. has a serious and compassionate side if you can find it. He cares deeply for his friends and hasn't met an animal yet he didn't like. He is terrified of heights so hasn't braved the tramway ride in his home town. He lives in the southwest while longing to live by the sea. He often says, "We have the sandy beaches but where is the water?" G.E. Stills heeds the call of the many characters that pop into his mind and demand to have their stories written. Their tales are both serious and humorous. A multi-published author, his stories cover many genres including contemporary romance, paranormal romance and science fiction. His stories are both erotic and non-erotic in nature. my web page is http://www.gestills.weebly.com my Facebook author page is https://www.facebook.com/AuthorGEStills?ref=bookmarks my amazon author page is http://amzn.com/e/B007FRP90M Google + https://plus.google.com/u/0/+GaryStillman Twitter https://twitter.com/G_E_Stills

Welcome, Gary! Love the trailer and the excerpt. At least, you have a ghost. don't. I have aliens. LOL

Hi Diane and thank you for the welcome.

I have aliens in some of my other stories.

She is a pesky and usually naughty trip CJ.

Nice to meet you, Gary. Your ghost lady does sound pesky! LOL!