Happy Halloween! October is possibly my favorite month of the year, and Halloween has a great deal to do with that. I thought it would be fun to do a little fact finding about the traditional Halloween monsters (werewolves, vampires, Frankenstein, etc.) and their evolution in folklore and literature.
Since every single one of my series (Fire's Edge, Svatura, Shadowcat Nation, Legendary Consultants) involve shifters or werewolves of some sort, you know I had to dig into the history of those creatures. As I researched this topic, I found it very interesting that unlike vampires and Frankenstein almost every culture around the world has some type of transformation or shape-shifting mythology (typically with animals indigenous to the area). Many of these mythologies go back to antiquity.

In earlier history, shapeshifters were most commonly deities (gods or goddesses) with the magical ability to transform. In Japan they have Kitsune, a fox shifter who is typically benevolent but often a trickster. Korea and China have similar fox shapeshifter myths. In Africa, deities shift into lions or leopards. In South America they transform into jaguars. Some gods/goddesses in Greek, Roman, Norse, etc. mythology can choose their forms.

Another frequent myth seen for shifters in earlier history is humans who were transformed into something by a god or goddess as a punishment. In Greek mythology, Arachne was transformed into a spider. In Roman myth and Ovid’s Metamorphoses, King Lycaon was changed to a wolf by Jupiter (some attribute this as the beginning of werewolf mythology). But in these cases, the person changed had no power to return back to human. This theme continued in later European folklore. The Frog Prince and Beauty and the Beast both involve transformation into animals as a punishment. Enter the Middle Ages where the werewolf mythology became prevalent. Most of the people executed for being werewolves in this time period were later found by historians to be serial killers. The werewolf mythology also closely follows witch folklore and persecution. In fact, shifter mythologies were not all that prevalent in North America until brought over by European colonists at the same time as they brought their fear of witches.

Based on what I could find, not a lot seemed to change about shapeshifter folklore for quite some time. Up to the 1940s (and even later) they were truly seen as monsters eliciting terror and revulsion. Early books and movies about werewolves have the happy ending being the death or defeat of the creature.

In my research, I couldn't find a specific trigger for the change in perception of shapeshifters and werewolves as monsters to the view of them today as sympathetic and even heroic. Even books written in the mid- to late-1900s still use a more classic example of shifters. For example, in C.S. Lewiss The Chronicles of Narnia, Eustace is shifted into a dragon but more as a learning moment or punishment, not at will. I would argue that shapeshifters we see today both in literature and movies, unlike their earlier counterparts, become the hero of most stories in the last 10-20 years by changing these aspects:

What a change from the monsters they originally were. Right?
I've found this topic so interesting to research, I'll have to dig more on the psychology behind this phenomenon. My guess is that, like vampires, we've romanticized werewolves and other shapeshifters, giving them more human qualities, behaviors, and values. Dissatisfied by our human frailty, we are intrigued by the thought of what additional power assuming such a form could provide. It makes me wonder what the next 10, 20, even  100 years have in store for these fascinating and ancient creatures. 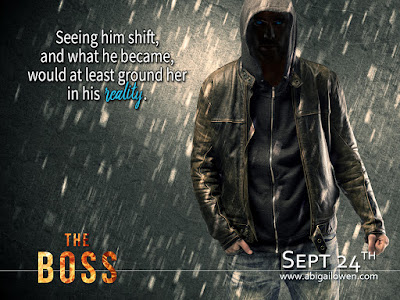 What an informative post! I've often wondered at the change in perception of vampires, shape-shifters, et al. Until (our own) Nancy Gideon came out with a vampire novel, I'd never read those stories. How could a monster be a hero? The same with her shifter series. I guess it took reading a friend's story to open my mind to a new sub-genre. Your own dragon shifter stories are fascinating.

Great post! I enjoyed learning more about the history and folklore. :)