Is it Hot in Here or is it Me? The Science of Lust, Attraction and Attachment by L. A. Kelley 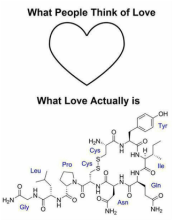 Now that Valentine’s Day has come and gone it’s time to reflect on what you learned about romance this year. Absolutely nothing, you say. Well, here’s a news flash: love is all in the chemicals.

Some of us read about romance. Others find it a fascinating study. A team of scientists led by Dr. Helen Fisher at Rutgers University has determined love has three categories: lust, attraction, and attachment. Each is characterized by its own set of hormones. Testosterone and estrogen drive lust; dopamine, norepinephrine, and serotonin create attraction; and oxytocin and vasopressin are linked to attachment. 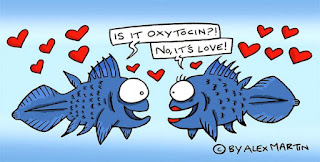 Lust
There are big differences between the three categories and how they relate to a person’s emotional state of mind. The nasty slobbering sex hormones of testosterone and estrogen drive lust. They are revved and raring for sexual contact and reproduction. While lust is exclusive to romantic entanglements, it doesn’t care about the future, picking out curtains together, or wedding bells. Lust wants her jollies now. Lust is explosive and short term, but with the right mental attitude and hormonal boost can morph into long-term attachment, and this isn’t only found in humans. Let’s give it up for our friends, the prairie vole. Prairie voles indulge in far more sex than is strictly necessary for the purposes of reproduction. (Life is good for prairie voles.) Biologists have determined in their society sex is the prelude to long-term male/female pair bonding. In an experiment, male prairie voles were given a drug to suppress hormonal effect. The bond with their partner deteriorated immediately. They lost their devotion and failed to fend off their partner’s new suitors. Couples counselling had no effect. 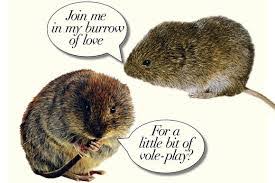 Attraction
While attraction and lust often co-mingle, it is possible to have one without the other. Attraction kicks off in the brain pathways that control reward behavior and releases dopamine, norepinephrine, and serotonin. They stimulate pleasure centers during enjoyable moments such as time with loved ones or sexual encounters. Hormones reinforce the desire to keep the fires burning. The first few weeks or months of a relationship are exhilarating or even all-consuming. Feelings of giddiness, excess energy, and euphoria, lead to a decrease in appetite and even insomnia. Thanks to brain chemistry, the feeling of being in love can be so overpowering a person can’t eat or sleep. Kind of like a bad stomach virus. 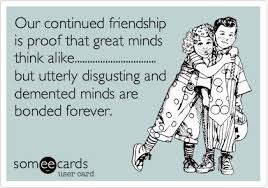 Attachment
Attachment commitment focuses on relationship building,  both long and short-term. Long-term are powerful such as in parent-infant bonding, sibling relationships, and close friendships. Short-term govern behavior in social situations like the workplace. Oxytocin, nicknamed the cuddle hormone, plays a big role in attachment.  It’s released during bonding events such as sex, breastfeeding, and childbirth, and also reinforces positive feelings we already have toward people we love. As attachments to families, friends, and loved ones grows, the flow of oxytocin continues increasing our affection. While this is a good thing for monogamy, such associations may have a downside. Oxytocin is thought to play a role in ethnocentrism, increasing our love for people in cultural groups and making those unlike us seem threatening. Oxytocin—the closet bigot.

Why does the brain need a separation between the three brain states with different chemicals for each? Scientists determined that while they all contribute to well-balanced mental health, so does maintaining a boundary. Without it, there can be a nasty emotional spillover.  Who wants to feel attraction (yuck) or lust (double yuck) instead of attachment to family members? 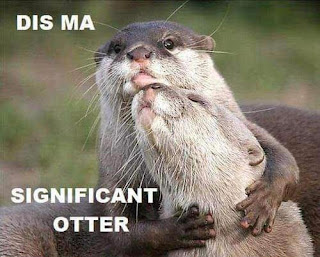 What does all this blather mean to your love life?


So how do we handle our hormones so that a relationship lasts? First, don’t mistake lust for love. Lust is shorter, so give a new relationship time to develop. Keep the dopamine flowing. Relationships have a better chance of becoming long-term when couples pursue intimate moments that aren’t just sexual. Shared activities such as movie nights, dancing, trying new activities or restaurants all increase feelings of intimacy. A hug or kiss, simply talking about shared hopes and future dreams or offering support to your partner can stimulate a powerful hormonal rush. Want to hear what the scientists have to say? Check out TED talks on the weird science of love.
https://www.ted.com/playlists/231/the_weird_science_of_love

L. A. Kelley writes science fiction and fantasy adventure stories with humor, romance, and a touch of sass. She bakes oxytocin into her brownies and never has any leftovers. For book links check out her Amazon Author Page.

Email ThisBlogThis!Share to TwitterShare to FacebookShare to Pinterest
Labels: hormones, L. A. Kelley, the science of love

Love your post! Or is it just an "attraction" Hmmmm. Very fun and informative too (pant, pant...darn hormones)

Very interesting post. The science of love is so , , , scientific. Give me the magic. It's great to know there are reasons, chemically, for why we're attracted to another. I like to think it was a magical "something" that made me connect with my one-and-only.

Oh, those prairie voles! But what else is there to do on the prairie? Loved this post--lots of interesting info and the significant otter made me laugh.