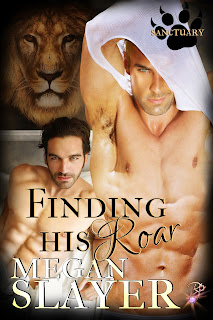 
~~~~~
http://wendizwaduk.com/indexMegan.htm
Megan Slayer - It's Always Fun to Squirm
Subscribe to our newsletter ~ http://ymlp.com/xgjmjumygmgj
Posted by Wendi Zwaduk and Megan Slayer at 9:24 AM 2 comments:


Three years ago, I wrote a short story for The Roses of Prose, another blog on which I’m a contributor. I liked the story so much I decided to expand it into a novella. Easier said than done. As most writers will tell you, it’s harder to rewrite than to start fresh. Still, I persevered.

Why? Because I’m fascinated by the idea of finding a New Earth. The story is set in the not-too-distant future, 2170. As predicted by scientists even now, Earth is using up its resources. Along with overpopulation stretching the limits of what’s left, we’ll need to find a new home. The United Earth Space Agency—a common cause finally united us—is sending astronauts to explore three Goldilocks planets. One, if not all three, has to be our new home.

So, how would astronauts prepare for a one-way trip to a new planet? The Mars One project provides a lot of information. In my story, we’ve already begun populating Mars and established an outpost on Titan, Saturn’s moon, from which the astronauts will leave on a five-year voyage. To save resources, they will become popsicles (aka, put into cryo-sleep).

What would motivate these men and women to leave everything they’ve ever known? Their families, their friends, their way of life? There’s no returning to Earth. Fame and glory seem too transient. A sense of adventure might motivate some, but would it sustain them through vigorous training? Selflessness? Doing something for the good of others? Possibly. Each person would have her/his reason. I concerned myself with the narrator, the team commander.

While delving into her life, her motivation, I thought about the early pioneers of the “new world.” Those who landed on Plymouth Rock, those who ventured farther inland and crossed the Appalachian Mountains, those who heeded the message “Go west, young man.” I’m sure each person had his/her own reason for leaving all behind.

Then I asked myself if I would go. Could I leave my husband, children, grandchildren? As much as I love adventure, my answer is no. A resounding NO. That’s the great thing about being a writer. In my imagination, I can do anything. In real life, not so much. But I can put myself in my character’s place. I can give her the fears, doubts, excitement I would feel if I could go.

What about you? Would you be a pioneer? Under what conditions?

Diane Burton writes science fiction romance, romantic suspense, and cozy mysteries. She blogs here on the 13th of the month, on The Roses of Prose on the 30th, and on her own blog on Mondays where she “muses” about topics as varied as baseball, vacations, and bucket lists.
Posted by Diane Burton at 9:22 AM 18 comments: 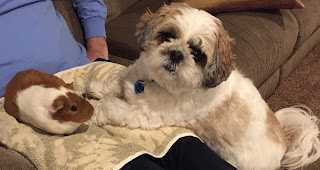 At any given moment on Facebook you'll stumble across a picture, or a video, about some kind of animal.

I might have the best intentions to pop in for a quick minute on Facebook, and then find myself ten minutes later still mesmerized by videos of cute cats, funny dogs, or other wildlife, with little to no recollection of what I went to Facebook for in the first place.

Most people love nothing more than finding joy in the unconditional love of an animal. That's why it was a no-brainer for myself, and my four fellow authors, to choose the World Wildlife Fund (WWF) as our charity to donate all profits for our upcoming anthology, Moon, Mist & Magic.

WWF's mission is to conserve nature and reduce the most pressing threats to the diversity of life on Earth.

They organize their work around six areas:

To find out more about the World Wildlife Fund, or provide an additional donation, visit their website.

If you've visited my website, or follow me on Facebook, by now you've met my writing assistant, Scruff.  He tends to be a camera hog so he shows up all over the place. He's adorable, and he knows it. 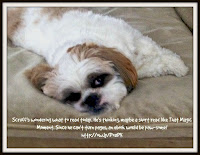 Scruff ensures I keep my butt in the chair- by sleeping behind it, blocking my exit.

Before we had our lovable, opinionated, Shih Tzu for the last three years, we had a Lhasa Apso, named Bummy (he was a 'bum puppy' or a 'runt') for over fourteen years.

Bummy also assisted in helping me write, as you can see... 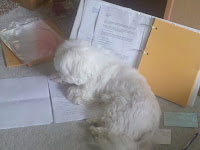 Throughout the years, I've written essays about the adventures of my twins and our furry family members (including Beef, short for beefcake, our long deceased hamster. )
Most of my stories have some type of animal in them. I believe they add fun to the storyline and make my characters more believable. It allows them to reveal traits about themselves that they might not be able to with another person.

Although I've not yet written a shifter story, I've read some really good ones. You'll find a few in the Moon, Mist & Magic Anthology that are pretty awesome!

I think the first shifter story that caught my eye would be Twilight. After seeing "Jacob" in the movie, I had a hard time determining if I'd be 'Team Edward" or "Team Jacob".

Since then, I've found many other shifter stories that I love. What kind of paranormal creature do you love to read about?


Get ready to be enchanted by mythical beasts, magical creatures, and moonlit nights. Enjoy your favorite author, and perhaps discover someone new, in these five fantastic tales of paranormal romance woven with moon, mist, and magic…

What do you love about animals? Share your favorite magical story, or tell us about your pet! 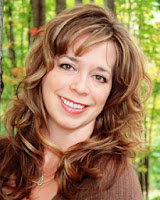