Bad Boys, Bad Girls, and why we love them so...

When I heard this month's topic, I must admit I got just a little frustrated. I'm not a Bad Boy. Worse, I've had to help friends recover from the fallout of a relationship with a Bad Boy who they just couldn't resist.

I asked the Ur-Goth why they had such an appeal, but she couldn't tell me. She's not really into them, either in reality or in fiction. Thing is, we both acknowledge that they do seem to have a huge appeal. So in the interests of trying to talk about them, I thought about the equivalent, Bad Girls. I certainly relate to the attraction there. The zest for life, the lack of attention to societal pressure, and the wanton disregard for anything resembling rules.

Of course, what with me totally getting distracted from the topic, that didn't really pan out either, so I started looking at 'Bad Boys', trying to see what they have in common. Han Solo, Malcolm Reynolds, Angel, Spike yeah, I'm a Sci-Fi fan, as you can see. Thing is, even with that short list, one stands out. Three of them are really good guys with a tough outer shell, and maybe some dark impulses...


...And then there's Spike. Unrepentant vampire and thug. You get too close to him, and he'll eat you up, and not in any kind of good way. But even before he turned over a new leaf and became a 'good guy', he had legions of romantically inclined fans. It took me a while to figure out what he's got in common with the other two, the core of the appeal of Bad Boys (and Bad Girls, for that matter).

Bad Boys do what they want. 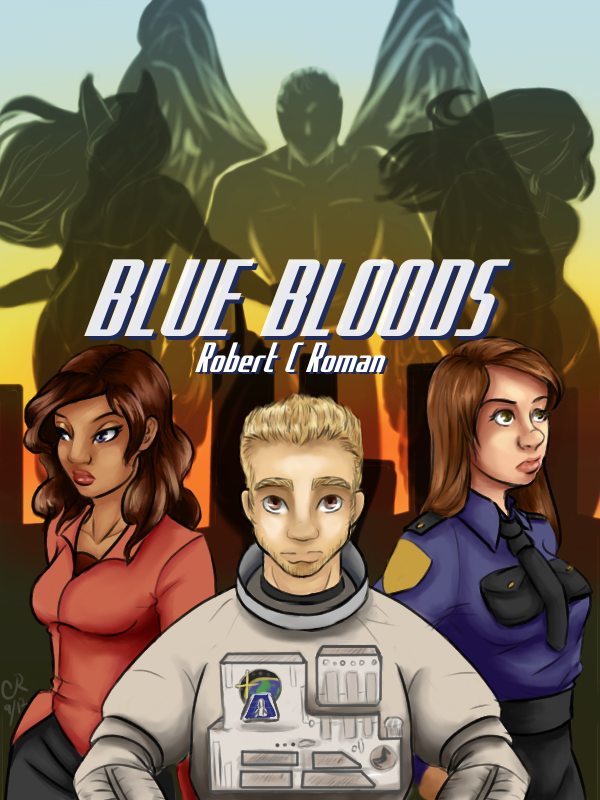 Bad Boys don't do anything they don't want to do.

If a Bad Boy shows interest in you, it's real.

Once I realized that, I realized I'd been writing a Bad Boy for a while now. Steve, the firefighter-turned-superhero in my serial Blue Bloods, is a guy who does the right thing for all the wrong reasons. His reprobate behavior is forever getting under the skin of his teammates, Drew and Angela. Every time they're about to kick him out the door, he takes a hit for them. Not because he felt obligated, or because he thought it was the right thing to do.

Robert C Roman
I'm a storyteller, a father, a husband, and a master of many trades. Of dubious quality in all of the above. The photo is not of me; it's art I bought at a convention, I subsequently commisioned the remaining pair of the trio. Lest it be misunderstood, the byline is from a long time friend who made the following comment: "Once in a while you've got to get into Bob's Head. After which you must get back out as fast as humanly possible." He stands by that assessment to this day. Then again, in answer to the question "which is more dangerous, an assault rifle or a hamster?", he answered "Depends, does Bob have the hamster?". Much later in life, a friend from college was doing impromptu Tarot readings, and before each one was choosing what card most accurately represented each person in the room. On being asked what card repped me, he replied "the six of spades". On seeing the inhabitants of the room go into thought trying to figure out what card that might equate to in the Tarot he said "No, don't convert it. In the great Tarot game of life, Bob is playing poker." I don't know WHY people say these things. They just do.