Sneak Peek at the Prequel to The Twelve Kingdoms 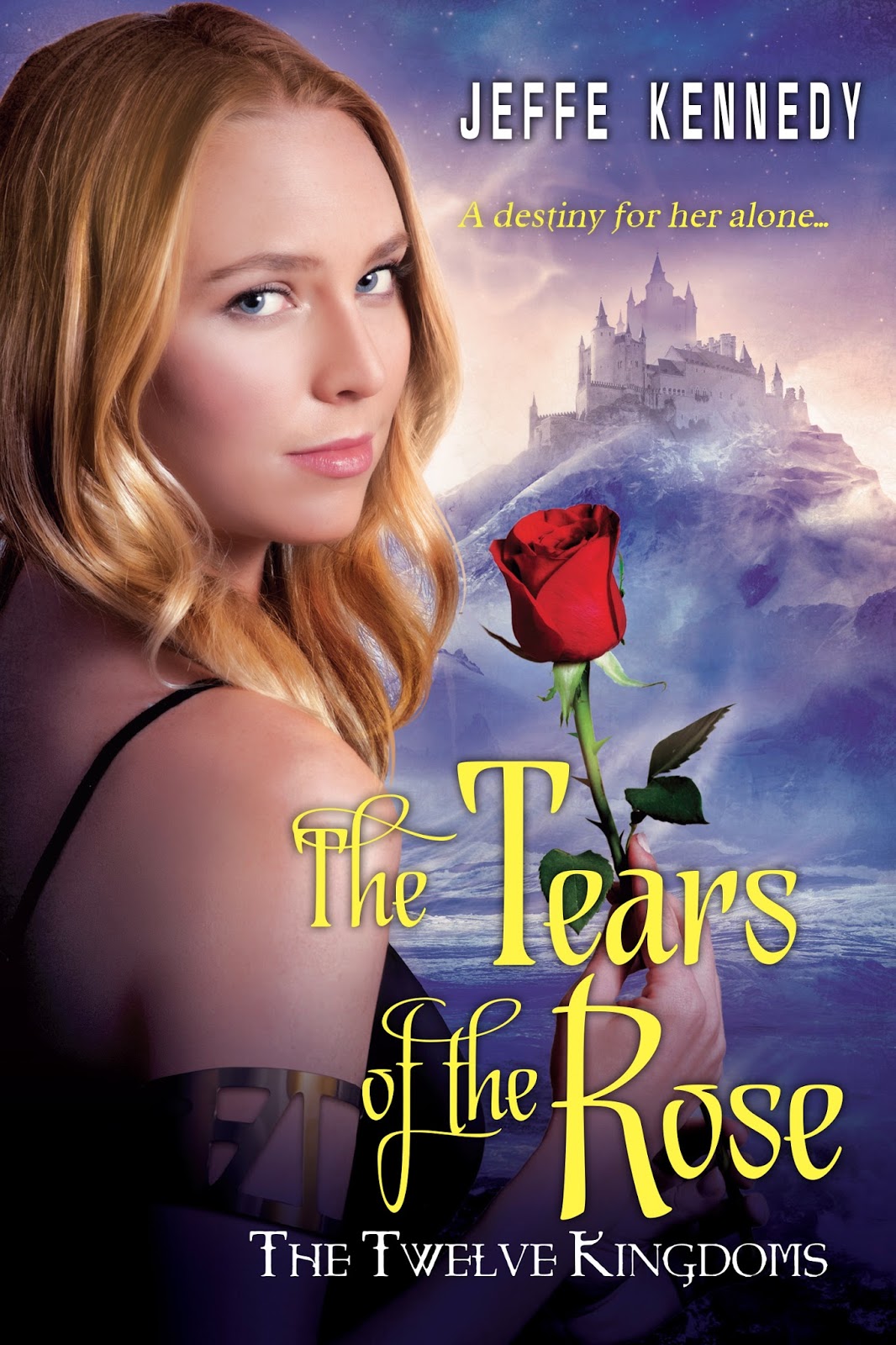 It's been really exciting, seeing my Twelve Kingdoms series take off. Last month on Paranormal Romantics, I talked about how much it meant to me for book one in the trilogy, The Mark of the Tala, to receive RT Magazine's June Seal of Excellence for a book that "stands out from all the others reviewed that month."

And it was crazy fun being at the RWA National Conference in San Antonio and having some of those same reviewers come find me and gush about the book. One of them, after the award was announced, told me this tweet had been about my books.


When you finish a very good book and there's a excerpt from the next book at the end AND IT'S EVEN BETTER. http://t.co/0UFZBua7vW
— Regina Small (@ReginaSmall) June 22, 2014 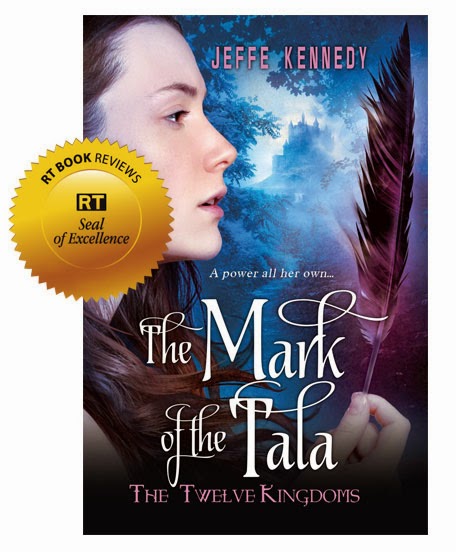 She was talking about the first chapter excerpt from The Tears of the Rose, which comes out November 25 and is up for pre-order now.

SUCH  a huge relief to hear that.

I think this is a common writer neurosis - or human neurosis, maybe - that you worry that what you do NEXT will be a failure. It's like this terrible flip side to success. A book you write is celebrated and immediately you start thinking, what if they all hate the next one?? What if I've peaked with that book?

WHAT IF MY WRITING CAREER IS OVER???

Did I mention it's a neurosis?

At any rate, early readers are telling me they like book 2 even better and people are being lovely and wonderful by turning around and ordering The Tears of the Rose right after finishing The Mark of the Tala. Which is great, because it makes my publisher happy to see that. And right now they're making noises about taking the series to Frankfurt to maybe sell to foreign editors and that I can maybe do three more books after this.

In the meantime, I'm starting up a newsletter that you can sign up for here. The first issue will include a prequel story to The Twelve Kingdoms trilogy, that previously was only available in an anthology. Here's a little sneak peek of that story, Negotiation. If you've read The Mark of the Tala, you might very well recognize these characters.


Salena didn’t need to smell the blood to know the warrior was wounded.
It showed in the sag of his body, the way he cradled his side, curling over it with that animal instinct to present the ridged spine to the cruel world, protecting the soft underbelly.
Nothing he did would protect him from her.
She hung back in the shadowy grove, letting the snowfall muffle her scent and the stark lines of the forest disguise her shape. After so much watching and waiting, the moment was finally upon her.
The man swayed in the saddle, barely conscious. His will, however, penetrated his fevered mind to keep him clinging to his horse while the stallion carried him to the one place Salena could never allow him to go.
None of this surprised her.
Very little did, really. Which could be both good and bad.
In this case, only one real question remained. Which would this be?
She’d seen this moment coming for most of her life. This pivot point for so many fates arrowing in from the beyond, like a meteor set in motion eons ago, just now hurtling into physical view. From her dome under the sea, her sacred seat of power, the images had played out for her, all the futures equally possible until the moment of decision, when the pattern of events became inevitable.
For years she’d examined the outcomes, unable to discern which of her actions would trigger each. Now the moment was upon her. The next choices would set the course for her beloved land of Annfwn, for the larger world and, not incidentally, her own fate.
Nothing would stop this meteor of destiny and the resulting destruction. All any of them could do was choose the point of impact. And by any of them, that meant Salena, because she was the only one who knew.
She’d made her first choice already, just by being here. The warrior must not be allowed to enter Annfwn.
The stallion nickered nervously, rolling an eye in her direction. Not seeing her yet, but catching her scent perhaps. Or just sensing the presence of death, the predator in the forest. She padded nearer, the horse dancing aside, into the deeper snow off the path.
The warrior grunted, pain jouncing him into greater awareness, his hand going even now to his sword hilt, as if he could swing it. He would be easy to kill. In her wolf form, she could overmatch the weakened man. His blood would run hot and sweet in her mouth and so many things would never happen. Especially for her. Her life would be reasonably good if he died now, alone in this forest he should never have entered. A short-term solution, oh so tempting in its simplicity. More, the outcome beckoned—Salena would live out her days in Annfwn, perhaps not happily, but not in misery.
It galled her to see past the short-term, to the chaos of civil war, the death, disease and starvation that would grow so large that the festering would eat into Annfwn itself. Not tomorrow. Not next year. Probably not even in her lifetime. Another woman would have pretended not to see it, would have turned her face away and enjoyed the now for what it was.
Salena herself would have done it, before her baby died. Before Tosin took the coward’s way out and killed himself.
Grief taught you things.
Salena would never again ignore the portents, never again place blind faith in joy.
She slunk closer, letting the horse sense her now, the glimpse of a fang in the shadows, not too much. Just a hint of canine musk, of danger. Not this path. That way, towards the only choice she could make—saving the man who would be her slow destruction.

Email ThisBlogThis!Share to TwitterShare to FacebookShare to Pinterest
Labels: Jeffe Kennedy, Negotiation, Prequel, The Mark of the Tala, The Tears of the Rose, The Twelve Kingdoms