When I sat down to write the follow up to my short story, Soft Marble, I knew I had gods to worry about. I did. In Soft Bronze, the main character is a god entombed in bronze. He's not much different than the statues I've chosen on this page. Well, maybe a little different. He's a guy and the ones below are girls, but you get the idea.


Now I said in the title that statues weren't for museums any longer. None of the statues I chose were from museums. They're from parks and churches. But I meant my statue and that bronze coming to life. It's crazy. Statues coming to life? Really?

I didn't think it could be possible. Well, other than the living statues like the ones in New York and Las Vegas. I don't know how those people can hold still that long, let alone in some of those crazy poses. I couldn't do it, but those who know me know I can't sit still at all.

If you could be a statue, which would you be? A David? A woman in a fantastic gown? A fairy? Gnome? I'd love to know. Me? I'd be one of those sleeping statues, the kind that's in wet drapery, buxom and sleeping near a park or grave. I don't know what it is about those, but I think they're beautiful. Guess I'm odd. Or I'm looking at them as to how I can work them into a story. Grin.

Check out a little bit about my latest paranormal story, Soft Bronze. Out now where ebooks are sold. 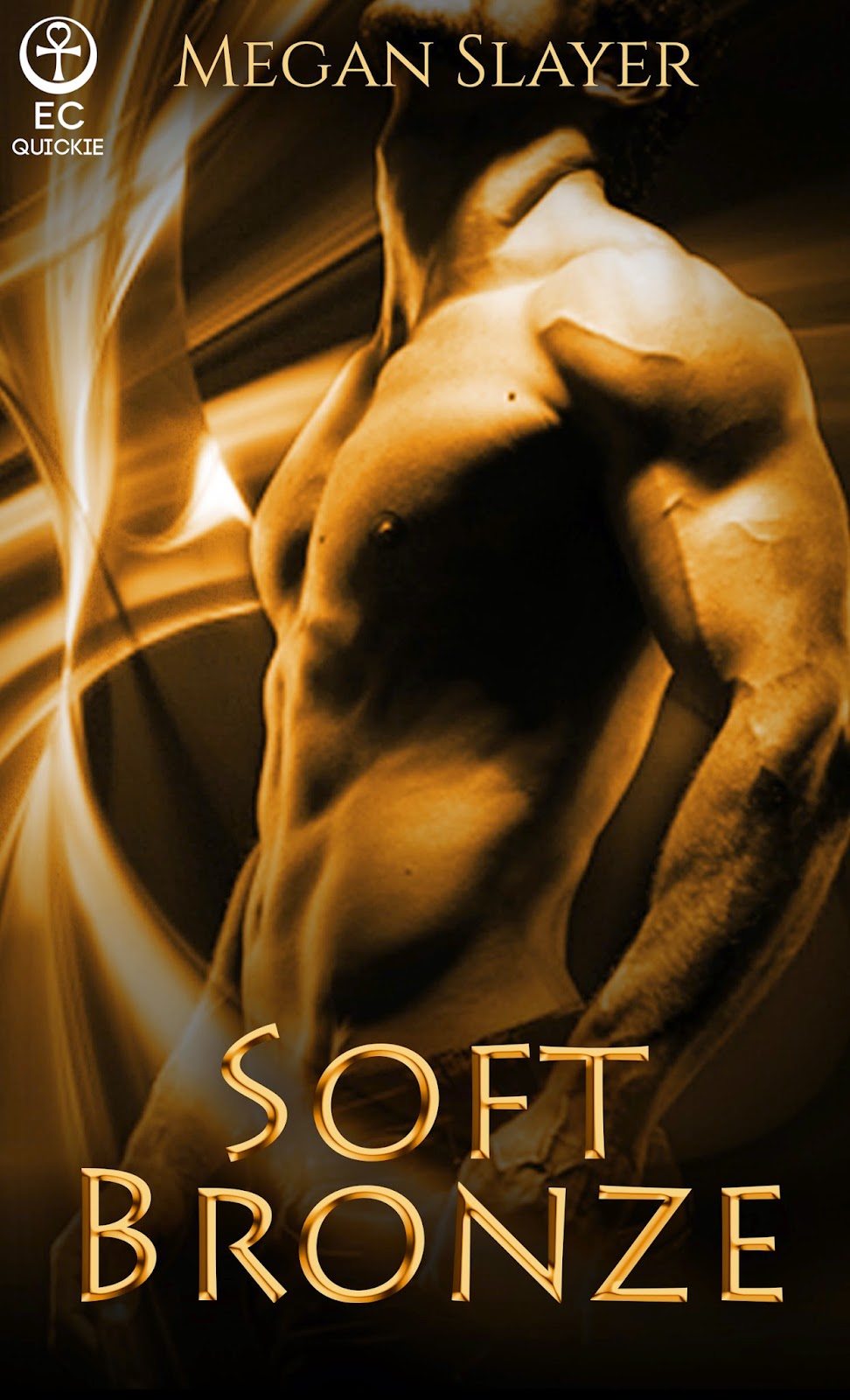 Zelus, the god of jealousy, has been imprisoned in solid bronze for the last two millennia. A simple kiss can break the spell and free him from the metal—if his lover is willing to believe.

Camden Crowe isn’t a specialist in ancient artifacts, but he does know how to guard them. He spends his days working as a security guard in charge of keeping the bronze statue of Zelus safe. He can’t contain his attraction to the nude god. What will happen when the security geek finds out he’s stronger than he ever believed and can harness the power of the gods?

“What a shame. They should pack you in something better than straw. You should have the best. Respect.” He touched Zelus’ cheek. The bronze had taken on a dark patina over the years and hid the metal’s natural beauty. He knew better than to expect the statue to come to life. Fairy tales and magic only happened in books. Life wasn’t a book. Still, he wondered what the god might have looked like if he were a real man. Dark hair with a bit of curl and body…sparkling eyes—blue maybe…or would they be brown? He figured the real man would have a brilliant smile guaranteed to make everyone melt to his will. He longed to run his fingers through the statue’s expertly sculpted hair and over every muscle of the man’s body until he came to Zelus’ cock. He sucked in a long breath. The man was packing. Most ancient statues weren’t so endowed. Either the artist really liked Zelus or he’d fashioned the dick after someone he knew. Each ridge and vein were expertly defined. The cock looked so realistic. Kudos to the artist for his work.
Camden chuckled. He had to be out of his mind, fantasizing about a statue. Maybe old Gus was right. He was screwed up. Actually, it didn’t matter if he was a little different. He didn’t care. He liked the statue and he wasn’t ready to let it go.
“I’ll visit you.” He touched his lips, then the lips of the statue. A wild idea popped into his head. The next time he’d see the statue, it would be on display surrounded by palm trees or even worse, dressed in crappy touristy clothes. If he kissed the bronze, no one would know or probably care. He leaned into the crate and pressed his mouth to the mouth of the statue. His entire body warmed. The erection from before came back stronger. He moaned, then broke the kiss. A lip-lock with the statue turned him on. The metal didn’t taste like metal…more like the salty sweat of a hardworking man. Even the texture wasn’t right. The lips felt softer, like an actual person, and seemed to be kissing him back. Christ, he needed to get out more and stop allowing his imagination to get away from him.


“I wish you were real.” Camden smiled, then left the statue. He knew better than to expect his dreams to come true, but his soul yearned for a man like the one portrayed in the bronze. He’d fallen in love with the statue.


* * * * *
http://wendizwaduk.com/indexMegan.htm
Megan Slayer - It's Always Fun to Squirm
Posted by Wendi Zwaduk and Megan Slayer at 9:08 AM