It’s important to incorporate cultural traditions and norms into story elements when developing your world in a story. If not, the world you have created and its characters will feel fake and cartoonish rather than realistic and possible, which is what you want if readers are to suspend their disbelief and lose themselves in your world and the lives of your characters. But how do you do that if you are writing Science Fiction or Fantasy that involves time travel or futuristic events, or even if like me your main characters are immortal and have been on world, that world being Earth, for thousands of years? 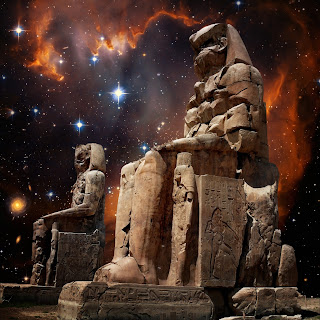 You must come up with ways in which to keep the magic from appearing mundane and superficial. After all, who is going to be impressed by someone who can start a fire in the grate by wiggling their nose if you can just flick a switch and have flames spring to life between the never ending logs? They might, however, be a little more impressed if you could do that after you transported a group of folks to nowhere and had the bad guy on a spit over those flames spilling the beans about his boss’s nefarious plans. A silly example, but the point I am trying to make is that when you build your world, you must keep things such as changes in technology and how it might affect or even how it has already affected your characters and/or their ancestors and their abilities, or their very world, over time. Have they adapted? How? What changes have they made? What traditions do they cling to despite it all? These things make your characters and their world more believable.

In my Illuminati series, individual characters express their reactions to changes in the world around them in different ways, based on their individual personalities. Queen Isis, as might be expected, is unyielding in her love of the old traditions and while at court she prefers even her adult children to dress in the old world style of clothing, and in various ways demonstrates how much she misses the respect and adulation she once enjoyed. But she uses modern technology to her own advantage. Telepathic, from anywhere in the world, she can also take in multiple transmissions simultaneously and demonstrates this by a wall of televisions tuned in to world stations in a myriad of languages, all of which she can view and understand at a glance, when she wants to know how something is being portrayed in the news. Her daughter, Kirin, is a scientist, so is a huge enthusiast for all things modern and trendy, and loves to shop as well as comb the rainforests for live specimens for her research. But this also means, her research has to outdistance any new break-through in modern medicine or science, and the reasons for her not having found the cure she seeks have to be believable and realistic. Ljluka is an enforcer and is world weary and tired of the chaos and war and battles and would be what today is known as a homebody, if he could, spending every possible moment with his family, the center of his universe. This has to come out in his personality and through things he thinks and says, but it is also important that the fear his very name evokes in those who know of the Illuminati enforcer is demonstrated. In an age where weapons and military technology are cutting-edge, he must be skilled in all forms of hand-to-hand combat, any weapons, and have superhuman speed, strength, and senses. Being immortal, he also has the ability to heal within hours, which is a pretty cool feat for an enforcer, but since he is not immune to pain or injury, he is still vulnerable and thus believable. 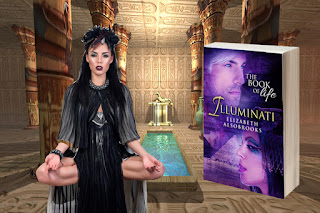 The Illuminati family as a whole has traditions that are observed and adhered to. For one, if they are truly killed, which they can be, a very excruciating Egyptian ritual, performed by Isis and her priests, complete with spells from the book of the dead are required to rejuvenate their body and return their soul to their flesh. Also, when they come of age, all members of the royal family receive tattoo-like symbols that identify them, and still in the underground world of the Illuminati, strike fear and immediate cooperation and protection from their many generational followers and devotees.

I won’t go on, but I hope you see from these brief examples how the world as a whole and every character and element within it must be developed in a story to work together in a realistic and believable way if you want to truly nail the world building required for any form of Speculative Fiction.

If you’d like to judge for yourself how well I did, please check out the first in my Illuminati series, before Book II comes out in early 2017! 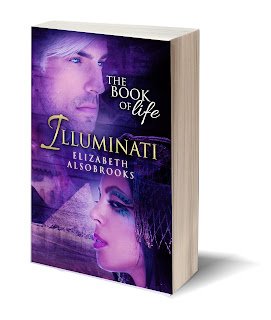 Posted by Elizabeth Alsobrooks at 11:13 AM

I love that Isis's daughter is a scientist. :) Great post!

I do admire those who can create other worlds. Your belief that culture, technology and other norms must be created for them is illuminating. Thanks for a thought-provoking post.


It is a difficult task to create a new world, but when you have carte blanche to people it, design its traditions as you have in your series, it surely can be most liberating for the author. Furthermore, it's just plain fun to manipulate the characters like a director on a set. Magical really...

I love the world you've created! The fact that the "kids" have to change from modern garb to traditional when they visit mom. The mix of tech and mysticism makes you wonder which it more frightening!

Fascinating! I am not great with world building, so I admire what you've created. Sounds awesome...best wishes!

What a great post, Elizabeth. I've never known much about Egyptian myth/legends. To use them as you have makes your book very intriguing. Best wishes.

Thanks for the words of encouragement!
CJ--I am having so much funny with my brainy scientist, who's the heroine of Book II in my series!
Thanks, Francesca. I love the world building too, but the science has kept me on my toes, picking the brain of the researchers and science teachers I know!
Thanks, Nancy! That's why I love tossing ideas around with you whenever I'm brainstorming new plot lines! ;)
Alicia & Susan--I think a love of the world building and the research for it is why those of us in the speculative fiction genres end up where we are! But Alicia, when you build your "gothic" suspense novels, you are building a world within a world, so I think you are better at world building than you give yourself credit for!
Diane--Thanks! I actually minored in ancient and medieval history and literature at university, which began my journey in myth and legends...