Please Hold for the Afterlife: The Creation and Science Behind the Ouija Board by L. A. Kelley

Development of the Ouija board 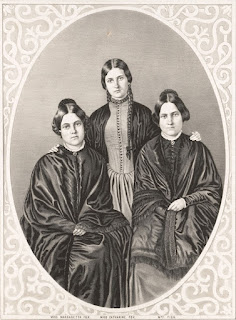 The Ouija board came from the 19th century obsession withspiritualism, the belief that the dead can communicate with the living. Spiritualism in America began in 1848 with the Fox sisters of upstate New York who claimed the rapping on the wall signified messages from the beyond.  Spiritualism spread rapidly. This is no surprise since the average lifespan back then was less than fifty. Nowadays, it’s rare to find a family with a mother who died in childbirth or a child that didn’t survive infancy, but one hundred and fifty years ago such deaths were commonplace. Spiritualism, unlike mainstream religions, gave comfort from actually speaking with the dearly departed. In also spawned business opportunities. 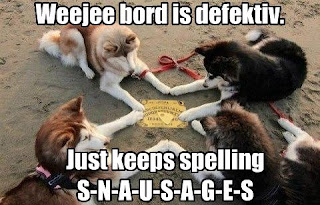 As spiritualism grew, so did frustration with the time it took to get messages from the afterlife. People didn’t have all day and substituting raps on the walls for letters of the alphabet took too long. In 1886, a new device appeared in spiritualists’ camps in Ohio. It was called a talking board and had letters, numbers and a teardrop-shaped device with a window called a planchette. Two people placed their fingertips on the planchette, asked a question and voila. The planchette moved of its own accord to spell the answer.

Sound familiar? It sounded profitable to an enterprising man in Baltimore, Maryland named Charles Kennard. He pulled together a group of four other investors to start the Kennard Novelty Company to make and market the new talking boards. None of the men were spiritualists, and the original advertisement skewed toward family entertainment. Spiritualists actually disapproved of the Ouija board as it cut out the middle man and their source of income. The first Ouija board went on sale in Pittsburg in February 1891, marketed as a “link between the known and unknown.” The cost of communing with the dead was $1.50.

Where did the name come from?
Contrary to popular belief, “Ouija” is not a combination of the words for yes in French and German, oui and ja. One of Kennard’s initial investors was a man named Bond. His sister-in-law, a proponent of spiritualism, supplied the name in very sensible way. She asked the board what it would like to be called and it spelled out “Ouija.” She asked what that meant and the board replied, “Good luck.” At the time, she happened to be wearing a locket with picture of a woman, with the name “Ouija” printed above her head, but that was only coincidence, of course. There was also a popular women’s rights activist named Ouida and “Ouija” may have been a misspelling, but the name sounded exotic, a little creepy and oh so suitable for summoning the dead.

How does a Ouija Board work?
The mysterious mechanism that powers the Ouija board is called the ideomotor effect. It can generate a strong impression of movement controlled by an outside agency. The brain signals your body to move without conscious awareness.  Dowsing rods work on the same principal, a small muscle movement causes a larger effect. Planchettes are particularly well-suited to this as they have felt pads to glide smoothly over the even, flat surface of the board.

In the case of a Ouija board, the brain unconsciously creates images and memories in response to questions. The body responds by causing the muscles in hands and arms to move the planchette to the answers the person may unconsciously want to receive. Multiple scientific studies have shown the ideomotor effect in action. For instance, the Ouija board only works when participants can see the pointer. If blindfolded, the messages are garbled and incoherent.

Despite the spiritualism silliness, Researchers at the University of 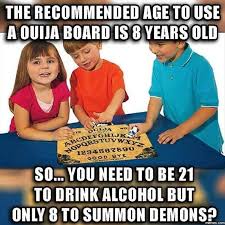 British Columbia’s Visual Cognition Lab believe the Ouija Board may be a good way to examine how the mind processes information on different levels. The ideomotor can express what the non-conscious knows. Dr. Sidney Fels, professor of electrical and computer engineering, began looking at exactly what happens when people sit down to use a Ouija board. “You do much better with the Ouija on questions that you really don’t think you know, but actually something inside you does know. The Ouija can help you answer above chance.” In other words, forget about calling the ghost of Great Aunt Olga for advice and instead, if you can’t decide, let your subconscious be your guide.

Email ThisBlogThis!Share to TwitterShare to FacebookShare to Pinterest
Labels: L. A. Kelley, Ouija Board

So interesting. I only participated once with a group using a Ouija board. A bunch of women at a conference. At one point, one woman believed she was talking to her deceased cousin. Chills ran down my arms and back. So weird. I didn't realize how long it's been around. Great post.

What a great post- especially finding out the Ouija board started out in Pittsburgh (that's about an hour North for me). We had one growing up - it both fascinated and terrified us. It's probably still in my parent's basement.

It's super easy how it works...

So, do you want to start making money?