something, she sure messed with me today.

HELLO! And super apologies for not having gotten here earlier…a comedy of error on my part. 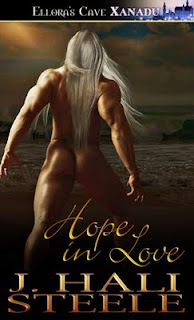 Anyway I’m going to talk about Fate. As most of you know I’m doing a series of books on archangels. The first, HOPE IN LOVE, is available now at Ellora’s Cave. http://www.jasminejade.com/pc-7705-104-hope-in-love.aspx

I’ve integrated some mythology into these stories and I’m using the Fates – also known as the Moirae.

Nona is responsible for spinning the threads of life on her spindle, Decima takes over from there and decides (or measures) how long you could live.


It is often said in Greek mythology they are the daughters of Zeus. Various myths circulate and other versions of them exist throughout European mythology. They are separate from the belief in Norse mythology of the Norns, spinning fate goddesses, or the goddess known as Laima and her two sisters.

The Fates are often painted as old, ugly, and cold, unforgiving women. They appear in all three of my stories as beautiful, sexual beings, not afraid to feel and give love.

I’m not known for very strong women. Well we won’t count Purple P Rose because she’s extraordinary. Oh, she appears in SCREWED AGAIN from Changeling Press on December 4th by the way. Anyway, these three ladies represent strength throughout myths – I wasn’t toying with that. You know what they say, Fate can be a fickle bedmate, or Fate is fickle…whatever, I’m not messing with them.

The one I’m dealing with in Repent in Love, Book 2 from the Angel in Love series, is Morta, also known as Death – the Fate responsible for cutting the strings of life. Ironically I’ve paired her in her duties with the Grim Reaper, Death himself. She cuts the threads, he harvests the souls.

Her love interest is none other than the archangel, Uriel, the angel of repentance. Uriel is also the holder of the key to Hell. No, Satan, Lucifer or the Devil, whatever you call him, does not have that honor.

So, needless to say, this lady is no one to mess with – unless you have a death wish. Everyone who looks for their heroine to have backbone, stay tuned. This is your girl.

Til next Friday, Growl and roar-it's okay to let the beast out.-© J. Hali Steele
Posted by J Hali Steele at 2:19 PM

I love mythology and I'm interested in what you've created with it. Not to mention the cover. Oh la la.

Sounds very interesting, J. I remember the Fates from the Disney Hercules movie, esp the part about cutting the thread of life. Okay, sorry, I'm in kid zone here so that's all my brain is coming up with!

I love how you're using myth as the basis for this series. Eager to see what you do with this second book.

Buns of steel (pun intended) Did I tell you I found out the model for this lives in my vicinity!! You know I shop now perusing male butts.