Sneaky peek at Agamemnon Frost and the Crown of Towers 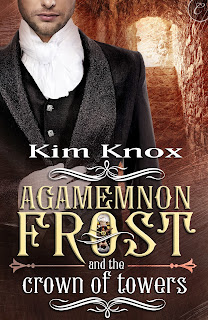 The last book in the Agamemnon Frost series, Agamemnon Frost and the Crown of Towers, is only weeks away --it comes out 14 October. So here's a sneaky look at the first page, via some photoshop fun :)

Edgar Mason is losing Agamemnon Frost despite everything they've been through—the passion, the torture, the heat. Frost's fiancée, Theodora, is back, and Mason can feel his lover gravitating toward her. Every day he sees them together, it tears at his heart.

Frost feels raw himself. His brother and sister-in-law are missing, and his guilt about failing to save Theodora from Pandarus eats at him. His feelings for Mason, whom he has put through hell twice already, just twist the screws tighter.
On top of that, Pandarus and the Martians are back to make their final push to Earth, and Frost and Mason are duty bound to fight them. People are vanishing. Bodies are turning up burned beyond recognition in the slums. The bleak, human-less future Frost and Mason saw in the hollow ships has nearly come to pass.

And in order to prevent it, each man will have to make a final choice: lose his lover or doom the world.

Find out how it began in Agamemnon Frost and the House of Death. 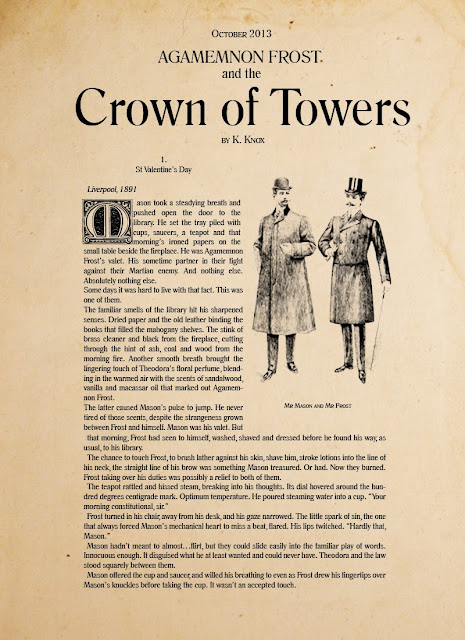 If it's a little too small you can go here to see a bigger version. Blogger won't let me resize :(
Posted by Kim Knox at 5:07 AM

Kim Knox
I live on an ancient boundary line, once marked by a Neolithic burial tomb. The tomb’s now a standing stone circle–thank the Georgians for that one–and stirs my mind with thoughts of history and ancient myths.

I mix the essence of the past into fantasy, along with the essential mix of magic and sex. I also write science fiction romance, pushing out into the far future with effortlessly sexy men and the women who can’t resist them.

And I have a new blog at Wordpress: Both my blogs will take you there... but if you don't want that 5 second wait...here's the address: www.darknessandromance..com