Changing What You Know

So you thought you knew…

What the headless horseman was all about right? It's some guy that rides down a road carrying his head and scaring Ichabod Crane. Right? Maybe not. 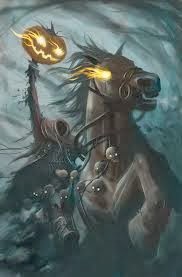 If you watch Sleepy Hollow – you may have just learned that they are the four horsemen of the biblical end of times.

In my NaNoWriMO (for you 'non-writers' November is National Novel Writing Month) project - a young adult fantasy - they are women. Three of them to be exact.  They ride around Crencher (my world) and do the witch's bidding. 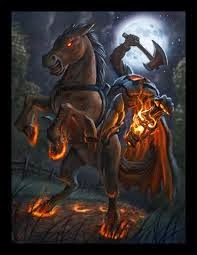 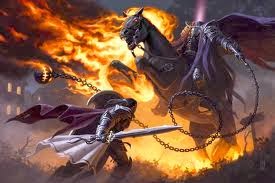 Did you know that is actually more difficult to take something most readers will have a previous belief about and switch it up? I could have much more easily created something totally unique to my world (and I do have several 'creatures' of this nature) but I liked the headless concept. Readers, myself included, get twisted out of shape if the author takes a 'well known and accept fact' about something paranormal and disregards it without giving an explanation.  So I really make an effort to NOT do this. I hope the reason I give for why my headless horsemen are actually women and how they found themselves headless is acceptable to the reader.

It's not uncommon for something paranormal to shift in the way it is perceived. Vampires are an excellent example. Once they were 'icky' blood sucking vile things but over time they have become 'sexy' heroes. This has lessened the responsibility of the writer when writing about a 'nice' vampire.  The sterotype has already been altered.

Have you ever read a book or watched a movie where a well know paranormal fact had been twisted but no explanation was offered?