Ghosts of Yuletide Past by Jane Kindred 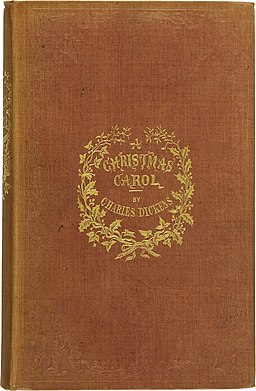 It’s that time of year again. I’m watching my Christmas ghost stories: A Christmas Carol and It’s a Wonderful Life. I have several copies of ACC (my goal is to own every version ever made), and I watch all of them every year, from the 1951 Scrooge with Alastair Sim (hands-down, the best traditional version) to A Muppet Christmas Carol (which is honestly the best version, period) to Bill Murray’s quintessentially 1980s Scrooged to the I'm-not-crying-you're-crying Doctor Who: A Christmas Carol. I wish there were more of them. And I wish there were more winter holiday ghost stories in general.

I understand it’s a British tradition—Brits, feel free to weigh in on this—to enjoy ghost stories around this time of year (particularly on Christmas Eve), of which Dickens Carol is the most famous example. In thinking about why ghost stories might be particularly associated with this time of year, as opposed to at Halloween, as is the custom in the US, I happened upon my own blog post from December 2017, talking about the research for The Dragon’s Hunt, Book 3 in my Sisters in Sin series, which has to do with The Wild Hunt. 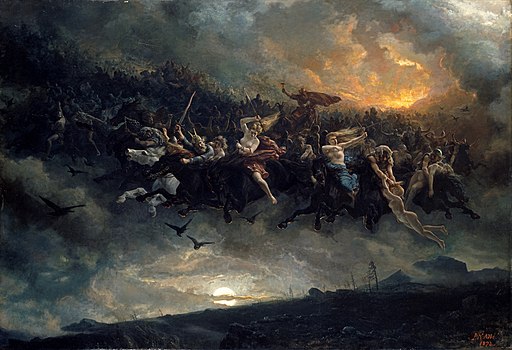 Leo Ström, the hero in that book, was Swedish (a thousand-year-old Swedish Viking, to be exact), so his Wild Hunt tradition came from the Norse legends. Odin’s Hunt rides at the time of year when the veil between the living and the dead is considered to be at its thinnest, from Álfablót (the Norse equivalent of the Day of the Dead around Halloween time) through Yuletide, a twelve-day festival starting with the Winter Solstice—from whence came The Twelve Days of Christmas. But there are other Wild Hunt traditions, such as the Welsh tradition, over which my half-Welsh hero, Oliver, in Kindling the Darkness bonded with Leo.

To follow that meandering tangent back to where I started, it occurred to me that maybe the pagan response to the darkest quarter of the year—that feeling of being in the presence of the dead during the thinning of the veil—was one of the inspirations for the tradition of Christmas ghost stories. Christmas, after all, is really just appropriated Yuletide. Sorry, Christians, but it is; Jesus was born in June. But it’s okay. We pagans understand why you like our stuff. ;) As much as the holiday has been sugarcoated, it’s still about whistling past the graveyard and hanging little twinkling lights to ward off the darkness and offer up sacrifices to ensure the return of the sun.

Whatever the reason, I wish ghost-stories-at-Yuletide was a bigger thing in the US—and that paranormal romance had more Christmas ghosts. Maybe it’s time to write my own holiday haunt.

By the way, if you’re looking for a Christmas-themed paranormal romance, The Dragon’s Hunt is set at Christmastime in Sedona, Arizona (and it’s lovely there). The Carlisle sisters are all big fans of the Yuletide holiday, whatever anyone wants to call it, and there are trees and lights and wassail. Psst, Hallmark, maybe you’d like a nice paranormal Christmas movie for your lovely channel? My agent is Sara Megibow at KT Literary. ;)

For more holiday-themed paranormal romance, see Abigail Owen's post about the Christmas After Dark anthology, featuring her story "The Wolf I Want for Christmas."

Interesting post! I watch many of the same movies each holiday season- including Scrooged!

My favorite movie in my Christmas collection is Bell, Book.& Candle, and I have to watch it on Christmas Eve, along with It’s a Wonderful Life. It’s really Jimmy Stewartmas Eve. Ha.

I never knew about ghosts being a Christmas tradition. Fascinating. My favorite version of A Christmas Carol is Scrooged with Bill Murray. It's a fun movie.