Secret Societies and You!

I've always been a fan of secret societies, from the Freemasons to the Illuminati to the Mafia and Yakuza—though the term "secret" doesn't really apply when everyone from the History Channel to Time Magazine is doing specials on them. I mean, if you're secret then no one should know anything, right?


When I began worldbuilding for my series, "Blood of the Pride" it started out first as a NaNoWriMo novel and grew into a larger world where I had to fill in quite a few blanks about the Felis, my cat shapeshifter society, and how my main characters not only interacted with humans but with her own kind. So I borrowed quite a few bits and pieces from other groups and came up with something that worked for me.


The Felis are much like the Mafia, where family is everything—when Rebecca Desjardin is thrown out of her Pride because she can no longer shift it changes her world dramatically, to the point where she isn't allowed to have any contact with other Felis at all. They literally turn their backs on her and she finds herself alone in a human society that she's sworn to never reveal her inner nature to. Even if she can't shift she's still held to the prime directive of the Felis: No humans can ever know about them.
***** 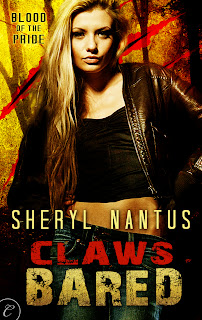 From "Claws Bared":
"Reb, is that any way to talk to a Board member?" The snarl in her voice sent phantom pains over my back, where the scars were. I resisted the urge to sit up straight in my chair.

"Is that any way to talk to an outcast? I do you one favor and suddenly I'm on your mailing list? I'm not part of the Pride and I don't have to answer to you." I kept my voice steady despite the butterflies in my stomach. "You declared me outcast twenty years ago and threw me into foster care, banished me from the family. I haven't forgotten that."

Or forgiven. The scars throbbed, reminders of the thrashing I'd gotten at Jess's claws in a final test of my ability to Change.

Granted, there are exceptions such as Brandon Hanover, her human boyfriend, but even that knowledge came with some serious risk and the poor man continues to have to prove his ability to not only keep the secret but also to gain respect within a group that sees humans as inferior.


The reason why the Felis don't want to be "found"? Pure and simple fear of what humans would do to a species like and unlike themselves; medical testing and tormenting (from the Felis point of view) of their children and of their society being destroyed out of fear. It's not that they want to take over our world; they need to be part of it and hold jobs in all types of occupations—but they can't ever be exposed.


A great deal of the situations Reb finds herself in is due to this almost paralyzing fear of being discovered—in "Blood of the Pride" the initial reason she's contacted by her old Pride after decades of being shunned and outcast is because a Felis is dead and they're terrified of being exposed thanks to a tabloid pictures. In "Claws Bared" the dead man is a human stripper, mutilated by Felis claws and the fear of having one of their own be responsible for the murder drives both Prides to agree to having Rebecca investigate, even if she does come with some serious baggage like Bran.


The theme of family runs through most secret societies, offering a home to those without one and an expanded one to those who need it, be it connections for political or economic power or something as simple as lodging after a long day of traveling. The best secret societies bring strangers together under one umbrella, forcing them to co-operate for the greater good (as seen by their leaders) despite their differences. For many it's a leap from one level of society to another, rubbing elbows with people they would never be allowed to in a regular situation. It's easy to see the appeal of many of these "secret" groups to those less privileged and downtrodden.


In my Felis society the Felis hold all types of jobs and help each other for the benefit of the entire group—whether or not it matches up with human justice. Reb and Bran often butt heads with the Board and the Felis leaders as they pursue justice for a victim and collide with what the Felis deem to be suitable punishment versus what human society would deem fit.


But in the end it seems to all work out, for now. And it's interesting to dip into the philosophy and thinking of other "secret" societies to create and maintain my own version where cat shifters aren't trying to take over the world but are, in fact, determined to stay as far apart as they can while still thriving. I like to think it's something a wee bit different for the readers and I hope I've interested you enough to consider what you would want in your own secret society and how would you resolve your characters in such a world. Do you try to take over? Hide? Intergrate and interbreed? Or stay invisible…

*****
And I'm having a giveaway at Goodreads! I've managed to get hold of copies of the print edition of "Blood of the Pride", a special edition that won't last long! Get in and try for a copy!

Posted by Sheryl Nantus at 9:00 AM