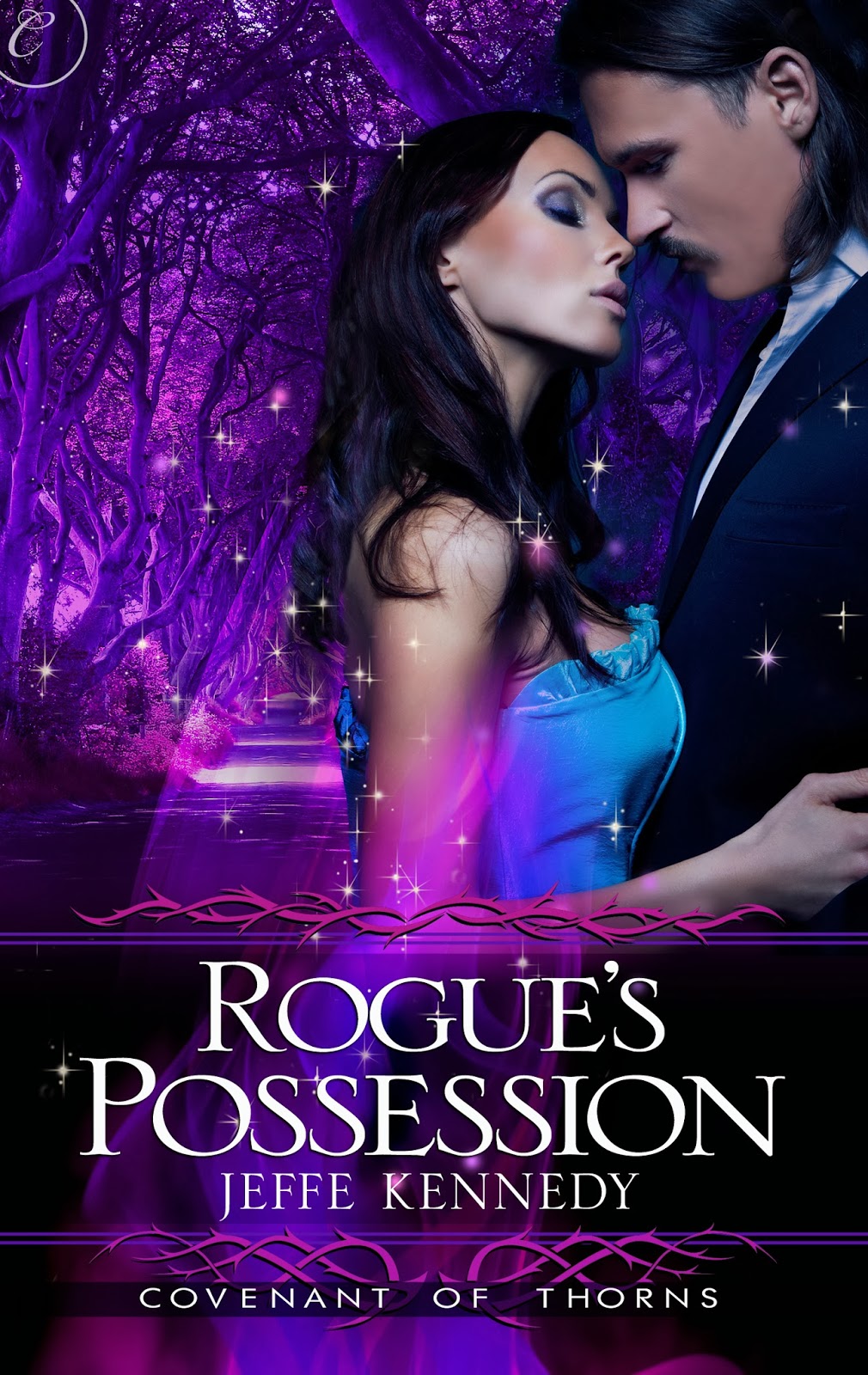 Rogue's Paradise, the long-anticipated third book in my Covenant of Thorns trilogy, released on September 8. That means readers are finally getting their paws on it and - best of all - sending me messages about how much they love it.


Fortunately they're loving it!

There were some pretty high expectations built up there...) At any rate, one reader asked me if anyone had counted Rogue's endearments/descriptors for Gwynn over the three books. What a fun question! And no, no one to my knowledge had. So I decided to.

See, the premise is that Gwynn is a scientist and university professor who is accidentally transported to Faerie. Once there, she meets a fae noble named Rogue. They naturally don't speak the same language, but a version of mental telepathy allows her to understand the intent behind what people are saying to her and vice-versa. So, his name isn't actually "Rogue," but that's the meaning she understands from what he tells her it is. Likewise, she's actually Jennifer, but he hears the name meaning and calls her Gwynn, an affectionate shortening of Gwynhwyvar (or Guinevere), which is the Celtic root of the name Jennifer. Most of the time, however, when he talks to her, he's essentially saying "you," but shaded with however he's feeling about her.

Thus he calls her lovely Gwynn. Or foolish Gwynn. Or stubborn Gwynn. Or clever Gwynn.

So, to begin, here's a table of all the descriptors over the three books, Rogue's Pawn, Rogue's Possession and Rogue's Paradise, in order of first occurrence: 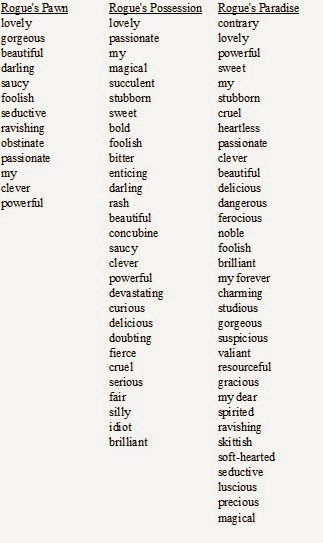 You can see from the table that both the number of different descriptors, as well as the number of descriptors overall (which counts repeat uses), increases significantly over the three books. Here's a pretty chart illustrating that. 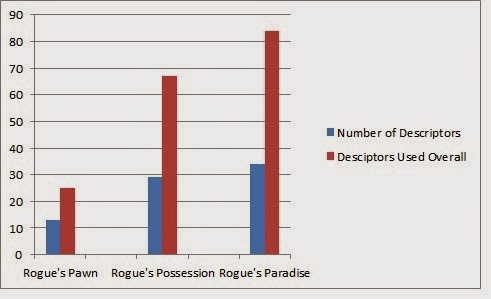 Some of this reflects the amount of time they're together over the course of the books, but also a growing familiarity. Which descriptor is used most changes, too. 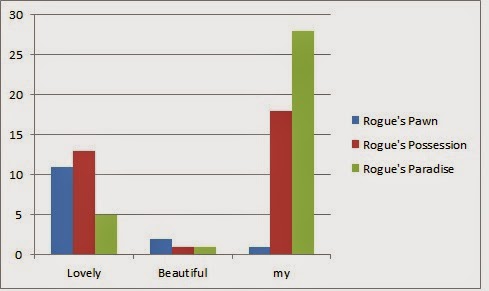 In Rogue's Pawn, he calls her "lovely" more than anything else, followed by "beautiful." This reflects his ongoing attempts to flatter and seduce her, which continue into Rogue's Possession. Most interesting, his use of the simple "my" as a descriptor increases over the course of the series. Here's all of the descriptors and how their incidence changes. 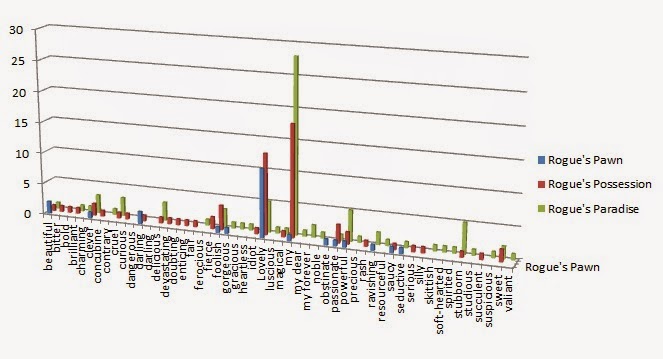 That's kind of an overwhelming chart. This is better, a list of the descriptors he uses only in the second two books:

And only in the third book:

I love how the progression of these words reflects both his changing regard for her and the deepening of their relationship. Finally, this is my favorite chart of all: 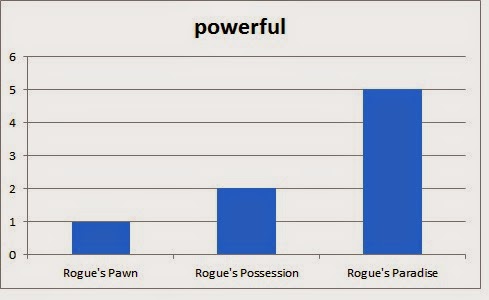 She gets more powerful over time. Something Rogue recognizes and values.

Doesn't get better than that.
Posted by Jeffe Kennedy at 7:00 AM