So Hard to Say Good-bye . . . to Your Characters by Nancy Gideon 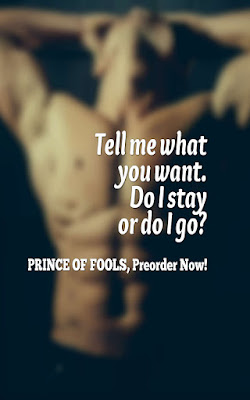 Breaking up is hard to do. It's painful. It's not anyone's fault. It's just time to step away, and start over with someone else who is new and exciting. But it won't be the same. Even if you don't want to let go, you know it's for the best. The affair has run its course and you've run out of excuses to drag it out. So, you take a breath, dry your eyes, and steel your heart to write the end to another chapter in your love life . . . by turning off the computer.


Finishing a book is like ending a relationship. After all, you've been sharing your emotions with the same person for months. Even when you weren't with him, you were thinking about him, fantasizing about him, and about what you could be doing together if you didn't have to go to your 8-to-5. At work, you write little notes to him on Post-Its so you can share them with him later . . . when you're alone. The things the two of you have been through together . . . the awkward getting-to-know-you phase, the drama, the danger, the Dark Moment, the passion. You tell yourself it's a series. You'll see each other again. But you'll be with someone new and he'll be with . . . her. The new guy's okay. I mean, he's hot and all, has that rough edge of unpredictability that I like, that dry humor, and unwavering loyalty. And . . . Holy moley, look at those abs! Bringing up a new document, and hurriedly type Chapter One, eager to get to know my new Book Boyfriend. It’s the start of something big.

I just sent PRINCE OF FOOLS, the 3rd book in my "HOUSE OF TERRIOT" dark shapeshifter series off to be edited. Rico . . . sigh. A delay in the inevitable separation that comes with the release date of October 23, 2017. So far, each of my dark, deadly and delicious princes have consumed my thoughts to the exclusion of all others. PRINCE OF DREAMS is just a sketchy outline so far, but I've been having . . . scenes with him.

PRINCE OF FOOLS is now up for preorder for Kindle (and soon in other formats!). If this cover doesn't spark the imagination, here's the blurb to fuel the flame: 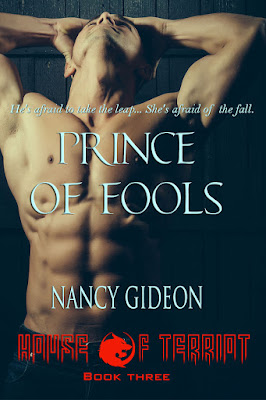 A dark prince to her Cinderella barmaid . . .

Rico . . . Prince in the shapeshifter House of Terriot

Reckless, hotheaded Rico Terriot seeks purpose and a sense of pride training the resentful guardians of New Orleans to defend a city besieged by a deadly outside force. Torn between his desire for his brother’s mate and the woman tied to the child of another, protecting their future happiness means denying his own on a dangerous path to redemption.

Amber . . . a single mother hiding a terrible past

Rico Terriot was the stuff of dreams . . . lately all of hers. But there’s no happily-ever-after for someone living in the shadows, protecting dangerous secrets that threaten her and her daughter. Dare she believe in a fairytale prince when he comes to her rescue, not knowing the price he’ll pay for making her troubles his own? From world’s so far apart, is love strong enough to hold them together . . . and keep them alive?


Is it just me, or do all writers (and readers!) have separation difficulties when the final pages draw near?

It's not just you, Nancy. After the 3rd book, I didn't want to leave my Switched series. I loved those men. With each new book, I feel the same way. I fall in love with the hero and hate to see him go, even though I know I'll see him again in the series. What I find strange about that is the book is about the heroine in my Outer Rim series (strong women on the frontier of space). Shouldn't I miss the heroine more? Not so. This is a great post! I can't wait to read Prince of Fools. Got my copy pre-ordered.

LOL! I know, right, but then I think we all see OURSELVES as the heroine so it does kind of make sense.

Oh yeah, it's hard to let go of my characters and move on. Writing "the end" is so bitter-sweet! Fabulous cover, and congrats on letting go and finding inspiration in the next character. :)

Nancy, you're so right. Our characters are with us all the time, whispering in our ears, making us forget where we are. And when they leave...It's so hard to say goodbye.

I'm writing different stories at once. I can't be tied down to just one. I blame poetry and fan fiction. Who can stick to one poem or fandom?

I love this, Nancy! So happy for you with your new book boyfriend.

With two series under my belt, I too have felt the loss when they ended. People you've lived with for years are no longer part of your daily life. What I've found worse is that as a reader I can go back and reconnect time and time again, but as the author the break has to be clean. Nice post.