When I was a teen, I went on a date to see “Interview with the Vampire” in theaters. While I have forgotten the name of the guy who took me, I never forgot my love of paranormal romance or my desire to write a vampire novel like Anne Rice. Fast forward to 2018 and I sat down to write the vampire book which later became Strawberry Shifters Book 1: Bear with Me. I planned to create a plausible vampire who could manage in an isolated community with a set of accommodations. Just like all disorders, vampirism would be a mixture of challenges and superpowers.

Interview with the Vampire by The Geffen FilmCompany

The first step was a series of criteria to define a vampire to which I would be faithful in my quest to find a modern-day vampire. A need to ingest blood as a basic necessity and an aversion to sunlight were the most prevalent traits in my research. I also found they were pale and tended to sleep during the day as a consequence of the sunlight allergy. I also noticed a common theme of vampire communities being male-dominated with differing explanations of low female populations.

In my research, I found a disease of the bone marrow that caused a need for blood (though usually administered via IV) myelodysplastic anemia. Less than twenty-thousand people are diagnosed with myelodysplastic anemia each year in the USA with more than 80% of them being male. (Focus Medica.) This disease has traits in my profile for a modern-day vampire in that patients have extreme fatigue, pale complexion with bruising, and frequent infections. They must avoid sun exposure because the stress on their bodies to repair the damage makes them more vulnerable to infections. It is also a genetic disease which fits the family saga of the Von Popescu legacy in Strawberry KY.

While researching my modern-day vampire, I was undergoing stem cell treatments for my sensory processing disorder. In talking with my chiropractor, I found out stem treatments are a promising treatment for myelodysplastic anemia as well. I could share my experiences through the eyes of the vampires of Strawberry as they undergo life-prolonging treatments from Dr. Van Dijk (who I modeled after my chiropractor).

“Most of our patients are visiting for stem cell treatments. Vampires have myelodysplastic anemia or hollow bone marrow, thus the need to drink blood. The stem cells build new bone marrow so the vampire can make their own red blood cells and platelets, reducing their blood dependence. They first get their injections in their knees, elbows, hips, and shoulders. Next, they wait out here until the cells filter into their spongy tissue at the center of the long bones. Finally, I give them chiropractic manipulations to clear residual stem cells from their joints to ensure the most cell implantation success.” – Dr. Van Dijk, Strawberry Shifters Book 3: Go Scorch Yourself 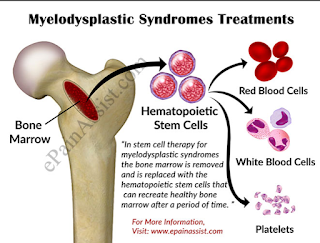 My modern-day vampires would have deformed blood cells (and not nearly enough of them) due to abnormal bone marrow, thus their need for blood. However, less dense bone marrow could be stretched to the extreme so they would have the low density needed to fly…

The vampires of Strawberry have bat wings large enough for them to fly but able to compact themselves to fit within the confines of a suit blazer. When creating Lucien Von Popescu, I decided to give him the largest wingspan in the colony. To fly his six-foot frame with a lanky build, he would need a twenty-foot wingspan.

“As soon as my back thuds against the brick, my view of the Sluagh is blocked by a black leather jacket with wings protruding from it. Not Sluagh wings with their kaleidoscope of colors, these are tan wings covered with tiny black hairs. Giant wings reach from my waist to high over my head. Their span shields my escape route.” – Betty, Strawberry Shifters Book 3: Go Scorch Yourself.

Since my vampires had a touch of whimsy, I decided to take them one step further. Their eyes would be adapted to the dark with enlarged pupils, but what if the pupil and the iris were reversed. I was inspired by the picture in my son’s vision therapy lobby of cataract patients. The eye in the picture had a brown ball in the center of its pupil. What if the iris expanded to cover the pupil like an umbrella unfurling to block a hole rather than the iris muscle constricting the hole from the outer ridges? 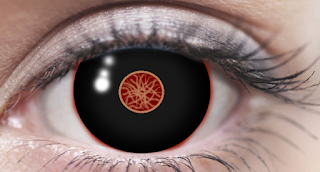 “Her eyes are so odd I can’t help but stare. The colors of the pupil and the iris are reversed. It looks like a black hole has crushed her green iris like a paper wad, and left it in the middle of her eye.”

---Grant in Strawberry Shifters Book 1: Bear with Me

Not quite magical realism and not quite fantasy, I can’t wait for you to fall in love with the vampires of Strawberry, KY. They are the secret behind the twenty-four-hour productivity of Bergan Pharma and the reason why a blood bank license is vital to their research activities. Familiarize yourself with Ryan, Molina, and Lucien in Bear with Me (here)and Round of Applause (here) to prepare for when Betty takes them on in Strawberry Shifters Book 3: Go Scorch Yourself. 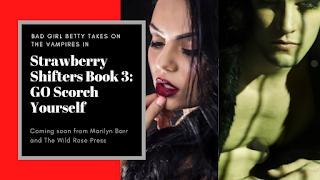 I love it when science and paranormal play well together. You've done a fantastic job with your research, bending it to fold like those wings to blend and suspend.

You are the research queen- love this!

Wow, a different scientific take on vampires. I love it. Thanks for sharing!

I enjoy that no vampire world I've watched or read about has been exactly the same as another. And I love how you made your world work for you with a whole lot of reality and a touch of fantastical. Very intriguing!

Thank you so much! I'm a nerd at heart so anywhere I can sneak in some science I will.

Research is my favorite part!

I love the different vampire spins too. Going to the Museum of Vampire Movies and Horror Legends is on my bucket list.