The Arawak Indians of Xaymaca

Have you ever heard of the Arawak Indians?  When I read about them somewhere (my memory fails me now, but it was long ago), their story stuck in the back of my mind and when I had the idea of a witch and a powerful spirit from another dimension who was worshiped as a god, I included them in that story, The Summoning. 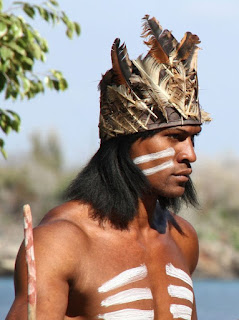 In the Summoning, protected and guided by Eyrael, the God of Wind and Sea, the Arawak tribe treks from South America to Jamaica,. This amazing feat actually occurred 2,500 years ago, and the Arawaks are credited with being the initial inhabitants, naming Jamaica ‘the land of wood and water’ – Xaymaca.

Michael Heckenberger, an anthropologist at the University of Florida who helped found the Central Amazon Project, and his team found elaborate pottery, ringed villages, raised fields, large mounds, and evidence for regional trade networks that are all indicators of a complex culture. There is also evidence that they modified the soil using various techniques such as deliberate burning of vegetation to transform it into black earth, which even today is famed for its agricultural productivity.

They grew cassava, sweet potatoes, maize (corn), fruits, vegetables, cotton and tobacco. Tobacco was grown on a large scale as smoking was their most popular pastime. They built their villages all over the island but most of them settled on the coasts and near rivers as they fished to get food. Fish was also a major part of their diet.
By nature, the Arawaks were a mild and simple people. Physically, they were light brown in color, short and well-shaped with coarse, black hair. Their faces were broad and their noses flat.
The Arawaks led quiet and peaceful lives until they were destroyed by the Spaniards some years after Christopher Columbus discovered the island in 1494.

Wet hair flailed her eyes. Unblinkingly, she stared into the wind as she battled every step. Finally, she ducked her head against the gale. Around her ankles, the sea foamed. The drums beat louder, their wild rhythm echoing in her veins. Sweet and strong as Jamaican rum, the growing storm flagged the homespun robe behind her. She fingered the rough material, not remembering when or where she’d put on the long brown garment. 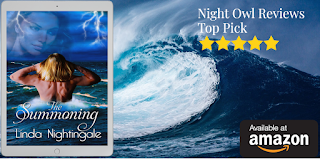 Deeper, Heather. The pain will soon be over. The Whisperers’ exotic voices urged her to plunge deeper and sink beneath the waves. Death was the only way to silence the agony devouring her alive—and to banish the insistent whispers from her mind. If she surrendered to the sea, she’d be with Ariel, her infant son who’d lived only a month.
Remember Jahill. You’ve shed no tears for your husband? They accused in her mind, never aloud. As always, she’d no answer to offer them. She had wept for Jahill until she learned he was not alone in the car crash. A quiet despondency gripped her, her empty stomach cramping as it had since the Georgia highway patrol brought her news of the accident.  How many times had that scene played in her memory? A fresh-faced young man telling her Jahill and Ariel were dead. He’d held her up when her knees buckled. If he hadn’t, she’d have fallen, sobbing at his feet.
Heart thudding dully, Heather studied the demarcation line between heaven and earth, seeking a reason to go on living, but any sense of self had long ago vanished in the Whisperers’ seductive promises. Two weeks after her husband’s death, they took possession of her life.
The old despair rose within her. She threw back her head, screaming her pain to the uncaring universe. The silent cry burned her parched throat. On the beach behind her, the chants throbbed—men’s voices thundering with the sea; women’s voices keening with the wind. Above her, pinpoint stars, diamond-bright, pierced the black sky. At night, the blue topaz Caribbean was Coke-bottle green.
The sea threw its arms around her shoulders, its embrace warm and inviting. The wind kissed her feverish face. As if a star had fallen, one of her diamond earrings—a Christmas gift from her husband—splashed into the dark water.
“Jahill.” She reached for the pointless token as it drifted out of sight. “Why did you hurt me so? Take the only thing I had left to love? My Ariel.”
A wave slapped her face. She stumbled. The sand shifted beneath her feet, and she fell. As the water closed over her head, Heather screamed her dead son’s, name, “Ariel!”
Flailing her arms and legs, she battled to the surface. The deafening silence shocked her. The drums and the chants had died. Her thoughts cleared. She was neck deep in the ocean, her toes skimming the bottom, but instead of the waves beating at her, the sea lay down and licked her fingers. Relief washed her knees weak, but respite was short-lived. A massive wave rose on the horizon, gaining speed and height as it rolled toward her. The wind stopped singing. The warm ocean chilled. In utter panic, Heather spun, tripping over her robe as she struggled toward the safety of the beach.
He comes for you. Meet your fate.
Heather clamped her hands over her ears, but escape was impossible. The Whisperers’ litany robbed her of thought. The outbound tide washed the sand from beneath her feet. She crashed onto her back. Gasping for air, she surfaced, running, getting nowhere. With death staring her in the eyes, she’d never been more alive. I don’t want to die. Tears and salty spray trickled down her cheeks. She glanced over her shoulder.
The monstrous wave stretched, white fingers brushing the sky. Heather watched helplessly as the ocean crouched, ready to spring. The little waves woke up, tugging at her as they fled the oncoming giant. Panic knifed through her. Hands splayed over her mouth, she murmured “Jahill, Ariel,” until the two names merged, inseparable.
Lightning speared the ocean. Thunder rumbled, shaking the night. The wave reared higher. The shrieking wind churned water into a gigantic human shape.
~
In The Summoning, Eyrael, the hero, can shape-shift. In one scene, he shifts to a beautiful winged black stallion with a long mane and tail. I pictured a Friesian, something like this: I self-published The Summoning, and it is a part of Kindle Unlimited, as well as available in print. Buy Link.

Posted by Nightingale at 6:44 AM

Very emotional and evocative scene, Linda! I love books based upon ancient gods and lore and am fascinated (and saddened) by the history of lost civilizations. Combining the two is a win-win for me. I'm hooked.

Great excerpt, Linda. I, too, remember reading about the Arawak tribe. Can't remember when or where. I associated them with the Caribbean Islands. Such an informative post.