Welcome to the Fall Equinox by Tena Stetler 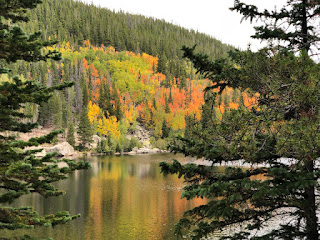 Yippee, Autumn is my favorite time of year.  Partly because I love Halloween. The feel and smell of fall in the air, candy corn, also make me grin. Then the leaves explode with vibrant colors of red, yellow, and orange wafting through the crisp fall mornings. Pumpkin spice everything is wonderful.

Is the autumnal equinox really the first day of fall?

Yes, the autumnal equinox does mark the first day of fall (in the Northern Hemisphere). However, according to the meteorological definition of seasons, which is based on temperature cycles and the Gregorian calendar, the first day of fall is September 1. This year in Colorado it was a scorching 94 degrees. Fall, yea, right. Now on the 22nd, its still to warm for my liking, 88 degrees, yuck!

Can you balance an egg on the Equinox?

There’s an old-wife’s tale that you can stand an egg on its end of the equinox. Well, yes, it’s true (and fun to try). But it’s not only on the equinox.

Are day and night perfectly equal on the Equinox?

On the equinox, the center of the Sun is above the horizon for twelve hours.  However, "sunrise" is said to begin when the upper edge of the Sun's disk becomes visible above the horizon (Which happens a bit before the center rises) and ends when the entire Sun has set.  In this case, daylight is still a bit longer than nighttime.  I know, I know, TMI. All I know is that it's dark in the morning when I have to get up and the evenings are much shorter. That part kinda sucks!
Okay so much for the fun facts. Fall is here and Halloween right behind it.  Yippee.  What is Halloween without vampires? Bawawawaw. 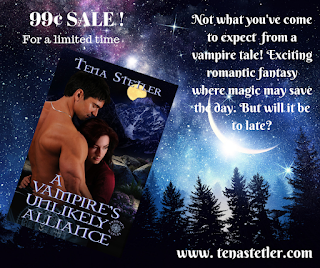 I have a great deal for you!  A VAMPIRE’S UNLIKELY ALLIANCE is on sale for 99¢ for a limited time. Don’t miss out, download your copy today.

Stefan is a Native American vampire, former assassin for the Vampire Council. In a twist of fate, he now DJ’s the midnight shift for a small radio station in Whitefish, Montana, on the edge of Glacier National Park where his secret is safe until...

Born in Ireland, Brandy now works as a park ranger and trail guide in the park. During a full moon, Stefan and Brandy’s paths cross in a near physical collision on a trail. Their attraction is immediate and undeniable, almost as if fate demanded it.

Their union was foretold long ago in Irish folk tales where vampires and gryphons, warlocks and demons, witches and faeries must work together for the good of man and magic kind. Is a trip to Ireland the key to unraveling secrets and returning the magic? And even more importantly, will their love survive the trip?

Thank you so much Mary! I'm still hopping for cooler weather. The rest of the Halloween decorations go up this weekend. Yippee! Candy Corn and Pumpkin spice, I'm over the moon. LOL

Happy autumn! I love fall! But it takes a bit longer for me to get up the Halloween decorations without my daughters home.

A fun post! Happy Autumn Equinox! I do love this time of year, too!

Thank you for stopping by Maureen and Jessica. Decorating take me longer now, so I start earlier. LOL

So, I can officially not wear white shoes anymore until next spring. Interesting post. The vampire book also sounds interesting.

Supposedly on the white shoes. I'm afraid I still do it. Thank you for stopping by Linda. I love vampires, don't you!

Happy 2nd day of Fall. LOL I'm slow today. According to the noon news, we're (in west Mich.) the coldest in the nation--in the 40s. Yikes. That's a little too much like winter. I, too, love Fall. I waffle between Fall and Spring for my favorites. I love warm days and cool nights, the smells of Fall, and the turning of leaves. Your vampire book sounds great. Hope your weather changes.