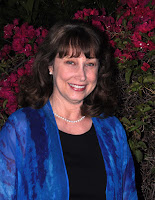 Happily Ever After and Then Some

One piece of advice writers are often given is to write the book you want to read.

I enjoy reading urban fantasy, paranormal romance and mystery novels. I’m also an avowed fan of “same couple series.” You know, a series of novels following the same couple from their first hot glimpse of each other, all the way through to their marriage and beyond. As a reader, once I’ve fallen in love with a couple, I want more of them.

Faye Kellerman did a great job reeling me in with the Peter Decker/Rina Lazarus mystery series. Peter Decker is a police detective and his Orthodox Jewish wife Rina assists him in solving crimes. They have their ups and downs, but I fell in love with them when they fell in love with each other. I happily followed them through their engagement, marriage, kids and ultimately, into retirement.
In the world of urban fantasy and paranormal romance, I swoon over Jeaniene Frost’s Cat and Bones books. She kept the sizzle going through seven books, along with writing very satisfying adventures for her pair. To keep me entertained, the adventure or mystery has to be as strong as the romance, and Jeaniene Frost delivers on both.

Well, I listened to the old advice to write what I wanted to read. I wrote Dark Wine at Midnight as a paranormal romance series about the same couple, Cerissa and Henry, following them through the various stages of their relationship, with a strong urban fantasy mystery to drive the romance.
Here is a little blurb tease of Dark Wine at Midnight. The book should be available on Amazon by April 2017. The excerpt below the blurb is a taste of the first time our couple lock eyes. Enjoy!

Thanks to an assassination attempt against one of their residents, the vampires of Sierra Escondida are suspicious of her arrival and don’t want her in their small town.

Worse, she must ignore her growing attraction to Henry Bautista, a vampire winemaker with eyes the color of dark bourbon and just as intoxicating—who’s hiding his own deep secrets.

With everyone watching her—including the darkly handsome Henry—how is she supposed to ferret out who’s behind the vampire movement determined to turn mortals into one big cattle ranch? 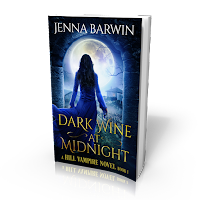 Excerpt
[Scene set up: Cerissa arrives in Sierra Escondida on the night the resident vampires and their mortal mates are holding a formal dance. She is escorted into the dance by Zeke, who had been on guard duty at the door.]
The sudden touch of Zeke’s hand on her arm startled her. Cerissa jumped slightly. She glanced up at him and he smiled, pointing the way with a tilt of his head. Relax. He only wants to guide you through the crowded ballroom. Yet the way he held her arm carried a “she’s with me” message, as if daring others to challenge him for the privilege. Many of the male vampires, and some of the females, were tracking her every move.
She locked eyes with a dangerous-looking vampire who’d glanced her way. His eyes beckoned to her while his lips played the straight man. She felt a jolt of attraction deep in her solar plexus, the electric buzz traveling south to tickle her root chakra.
Whoa, who is that? She didn’t recognize him—another missing dossier. Her vision narrowed until all she saw was him. He sported a long black ponytail and had skin the color of dark caramel. Did he come from Latino origins? He looked terribly handsome in the tuxedo he wore.
His eyes started to blacken, drawing her in like iron ore to a magnet. She pulled hers away and then glanced back as she passed closer to him.
Oh yeah, those eyes. Fully black now, his eyes dared her to dance for him, dared her to strip for him, dared her to trip him and fall to the floor with him.
Not good. Her cousin had warned her years ago, if you spot a guy and feel that jolt of lust, run the other way. Nothing good could come of it. She walked right past the ponytailed vampire and shook her head to clear it. Remember what you told the Zeke. You’re here on business.
When she reached the mayor’s table, Zeke pulled out a chair for her and asked, “Would you like some wine?”
“A glass of cabernet would be nice. Thank you.” Sierra Escondida was known for its cabs; she couldn’t go wrong ordering it. She snuck a quick look in the direction of the ponytailed vampire, but his back was towards her now. Nice shoulders. The tuxedo jacket nipped in at his waist, fitting him perfectly.
Zeke walked off to the bar and a full-figured woman with a determined stride brushed past him. “Winston, what’s so important you’ve dragged me off the dance floor?”
Oh well, back to business.


If only one word could be used to describe Jenna Barwin, that word would be “eclectic.” Her careers have ranged from performing magic with a circus to editing video for a local news show, and she brings those varied experiences to her writing. She’s had the writing bug her entire life, but her desire to finish a novel finally caught fire a few years ago. Coming out this spring, Dark Wine at Midnight is her first urban fantasy/paranormal romance.

Welcome, Jenna. That was (still is) great advice. It's the reason I started writing sci-fi romance. At the time, I couldn't find enough to read so I wrote my own. That is a great cover. Best wishes.

Thanks for being here, Jenna! I think you're right about writing what you want to read, and I love the idea of a wine-making vampire! :)

Welcome Jenna! I love the cover & Jeannine Frost :)
What a great blurb, and some excellent advice.

Thanks everyone! I really appreciate being invited to guest blog.