Believe in the Possibilities

Paranormal, in a general sense, simply means something that cannot be explained by science. It does not, however, mean something paranormal does not exist. Yes, there are skeptics who hold fast to the “If I can’t touch it it’s not real” theory, but if you’re reading this blog, you belong with me in that we are the believers. 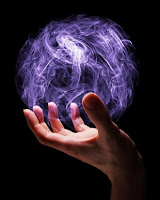 I have always held fast to the “anything is possible” ideal of life. And I do mean ANYTHING. Vampires, fairies, little green men… who are we to say something does or does not exist. In that same vein, as a writer of romance, who are we to say that the paranormal doesn’t have the capabilities or capacities to fall in love?

Of course they do!

When anything is possible, anything goes. A fairy can fall in love with a dwarf or a troll or even a human. After all, beauty is in the eye of the beholder. 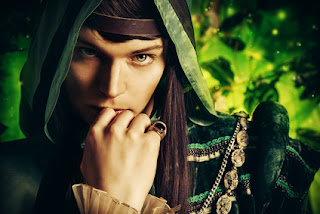 Again, as a writer of romance, I feel it’s my job to convey some of these love stories. One of my secrets wishes is for a skeptic to read one my stories and pause and maybe have their own epiphany that yes, love can occur with anyone. Or any…thing.

Below is a little bit about my latest release, It’s In the Mix. This love story involves a fairy and a human falling headlong into love. 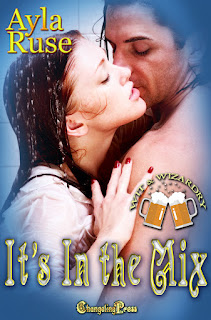 Mix 1 part narrow minded fairy with 1 part human bachelor to get 2 parts love everlasting.
Aisling is not happy to be tending bar in a human pub. Her fairy aunt predicted she'd find love by the next full moon, and that means she should be back in Ireland -- not in the middle of Massachusetts.

Despite the happy married lives of his friends, Daniel is content to remain a bachelor. After all, the pretty new bartender may want to come home with him. Why spoil that with a relationship?

Something might have happened on its own, but a mischievous pub owner slips each of them a Wit & Wizardry brew known to contain a powerful love potion. Before either can say a word, Aisling and Daniel find themselves tumbling headlong into love.

Unfortunately, all is not happily ever after. Aisling does not want to love a human, and Daniel believes he's unfairly pressured her into being with him. When the pair settle down to breathe, can they discover something deeper to bind them, or will daylight make the heady effects of a potioned brew fade away?

Aisling had her head on her arms on the little table in the break room. She lifted her head at Dirv's voice. He held out a shot glass with something green inside.

She eyed the drink. "What's this?"

"Just a little something I mixed up. An old Russian drink of apology. I know you don't like to work with humans. This is my way of saying I'm sorry."

She looked from the drink to Dirv and back again. "Will it make me drunk?" It could be nice to be drunk, she thought absently, if it could make that delicious human get out of her thoughts.

Again he shrugged his bony shoulders. "I don't know. It doesn't make me drunk, but I'm a leshy, so very little makes me drunk. Your being fairy, I don't know how it will affect you. But that's not the point. Drink up. It's an apology. Refusal will insult me."

She shrugged. "Why not?" She took the offered glass and tipped it back in one long swallow. It didn't burn like she'd expected, but the taste was one she knew all too well.
She sputtered, but it was too late. The brew had gone down. "What was in that?" she demanded.

"You put Wit & Wizardry beer in that!"

"Of course. You think I make an apology drink with my vodka? No, you don't like that stuff. You like Wizardry brew. So I made the drink with that."

"You aren't supposed to use that stuff!"

"I'm not supposed to sell it. I didn't sell it. I told you I'd never sell from that batch. Besides, there is some missing anyway. One more beer gone won't hurt."

"Dirv! You used the brew with the love potion in it." Her nerves began to hum as thoughts of that handsome human flooded her mind. Daniel. She started to mellow at thoughts of him, then her spine snapped straight.

No. No human. She could not love a human.

It’s In the Mix is a novella length Paranormal Romance

About Ayla
Handed a historical romance at young age, Ayla Ruse fell in love with love and with happy endings.  Having grown up living life tasting a little of this and a little of that has not changed this attitude, but it’s expanded her views.  Love isn’t always happy and it isn’t always the way a person “thinks it should be.”  Sometimes it’s outside the box, and it’s always a challenge.

Ayla is a stay-at-home mother who, in cooler weather, loves being outdoors, reading, and exploring.  You can contact her through any of the following:

Email ThisBlogThis!Share to TwitterShare to FacebookShare to Pinterest
Labels: Ayla Ruse, Changeling Press, fairy, It's In The Mix

That's what I love so much about writing and reading paranormal- the possibilities are endless! What a great post and I enjoyed the excerpt!

Why paranormal romance is the best - anything can happen! Sounds like a fun read with a love potion and reluctant couple. :) Thanks so much for sharing!

Thank you for stopping by Maureen and CJ! A big shout out to paranormal! To those who are, know we're always behind you. ;)

It's the impossibility that makes paranormal so wonderful! And why couldn't it be true that makes our job so fun. Your book sounds delightful!!

Welcome to Paranormal Romantics, Ayla, and thanks for sharing your new book. Endless possibilities. Just thinking about all the characters and worlds we can create is inspiring.

Thank you Nancy, for stopping by! Thank you too, Diane. Yes, the possibilities of different kinds of stories are truly endless. Even beyond what you think you can first imagine. Kinda heady to think about.

I enjoyed spending the day with all of you. :)