How about an exclusive excerpt from my recent new release!?! 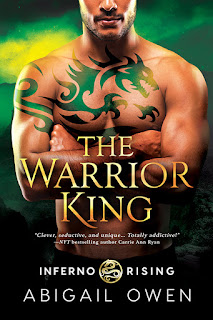 Meira Amon is the most reserved of the phoenixes, finding computers easier to deal with than people and their messy emotions. But she wants revenge against the Rotting King Pytheios for the murder of her parents just as much as her sisters. Offering herself as a queen for their ally, dragon shifter King Gorgon of the Black Clan, only makes sense.

Samael Veles worked his lowborn ass off to become the fiercest warrior of the Black Clan. He has pledged his life to protect his king at all costs. Yet somehow, in the middle of war, he took one look at a woman in a reflection and gave up his heart. When that woman turns out to be the phoenix promised to mate his king and help bring peace to their kind, he has no choice but to accept it.

Until her fire unexpectedly destroys the king after they’ve wed. Now Samael must choose between his loyalty to his clan and protecting the queen who might be his mate from his people’s wrath, one of which will unlock a destiny no one could have ever imagined… 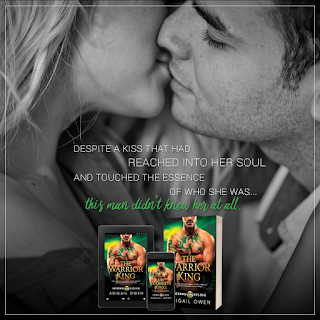 Her breath caught in her throat when he covered her hand with his own and squeezed. “It will get easier for you,” he said. “The memories. For a long time, you won’t want to think of your mother at all. Then one day when you do, it won’t hurt so much. Eventually, you’ll be able to think of her and smile.”

This from a man who never smiled. At least not that he let her see.

The unexpected offer of comfort unfurled inside her, wrapped around her. Gods above, she wanted to kiss him. Lean forward and steal that unexpected understanding from his lips. Lips Meira could only describe as sensual, saving his face from harshness.

And more. All different sorts of kisses. A soft brush of her lips as a thank-you. A kiss that lingered, taking its time to weave a spell around them. Something hot and openmouthed that let her taste him and generated enough heat to scorch every part of her. She was already on fire.

Except she shouldn’t be wanting this. Any of it.

More guilt. She’d suffocate under the heaps if she wasn’t careful.

Meira slid her hand out from beneath his, the cold air of the room rushing against her palm making her shiver after the heat of his touch and her thoughts.

“So, do you have any friends?” Curiosity prompted her to ask. Gods, why couldn’t she shut up around him? This conversation was already a thousand words more than she usually shared with people.

Samael heaved a sigh with an edge to it and turned his head to face her again. “Do you always have this many questions?”

She offered him a prim look, lips pursed. “My lawyers say I don’t have to answer that.”

Samael gazed at her blankly, then turned his face back up. “Was that you trying to be funny?”

“Did it work?” She bit her lip, waiting for his answer. Most people didn’t get her sense of humor.

“On what?” she prompted when he didn’t continue.

“Your intent. Were you genuinely trying to make me laugh? Or were you trying to change the subject?”

“I guess I’m nervous.” Now why had she gone and admitted that?

Rather than turn his head again, Samael shifted to his side to face her, his smoke and sand scent swirling around her, soothing her when she should’ve been bracing for whatever he was about to ask. His hand lay on the mattress beside hers. Not touching. What would he do if she hooked her little finger around his, as though he was her anchor?

Maybe he’d been right to want to avoid sharing the bed. This was too close, too intimate. Too damn confusing.

She should lie and say yes. Any person with an ounce of common sense would be wary of him. His danger evident in the simple way he moved—a prowling, rolling gait—screamed perilous predator.

Meira slowly shook her head. “No.”

Nervous of giving her unfortunate thoughts away? Yes. Of the lash of his volatile emotions? The answer would have been yes before they’d come here. Now…

“You should be,” he said, voice going rougher, harsher. 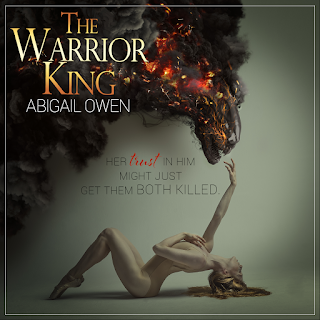 Congrats on the new release!

Ooo... I LOVE it! Congratulations, Abigail!

Congratulations, Abigail. Best of luck with your new release. It reads like a winner.

Super! Congrats on the new release.