The short story ~ Something to read when you don't have a lot of time ~ Post by Jessica E. Subject #FreeRead #ReadAnEbookWeek 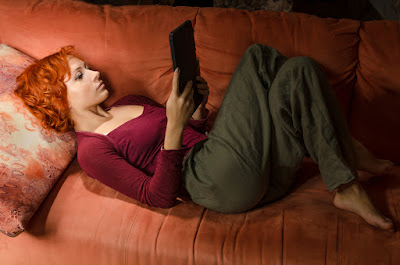 "A short story is a love affair; a novel is a marriage. A short story is a photograph; a novel is a film." ~Lorrie Moore
"My short stories are like soft shadows I have set out in the world, faint footprints I have left. I remember exactly where I set down each and every one of them, and how I felt when I did. Short stories are like guideposts to my heart…" ~Haruki Murakami
THE SHORT STORY
A short story is much shorter than a novel, generally deals with only a handful of characters, and consists of one main story arch. They are perfect when you only have a brief amount of time to read, but want a complete story, or if you want the enjoyment of a happy ending before you go to bed, and don't want to be up all night reading. (Which I'm sure many of us have done.)
As an author, sometimes I find them easy to write, and other times, not so much. When I first started writing, they were a great way for me to learn story structure and development, as well as character development. It can be hard to convey an entire story in a limited amount of words.
Since today is the beginning of READ AN EBOOK WEEK (March 7-13, 2021), I have made a couple of my short stories available for FREE on Smashwords during this time. Check them out below! 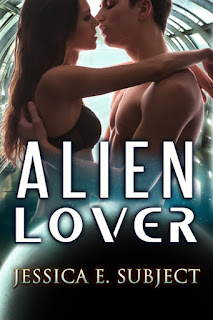 ALIEN LOVER ~ Unconvinced of her fiancé’s demise, Molly combs the galaxy to search for him. As her supplies run low, she is forced to turn around and set a course for Earth, alone. But, a Moloxian Starcruiser halts her retreat, and the single passenger transports onto her ship without permission. Taser in hand to defend herself, she is startled as the form remolds into her fiancé. Has Diego found her or is her tired mind playing tricks?
Alien Lover FREE at Smashwords 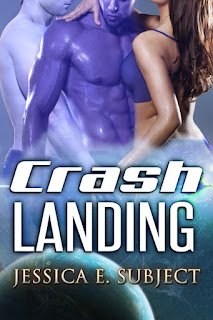 CRASH LANDING ~ As his ship plummets toward Earth, Cael believes his life to be over. His last ditch effort to save himself ends in a fiery crash. When he wakes up, he believes he’s entered the afterlife, but his surroundings indicate otherwise. He made it to Earth. But who saved him, and what do they want with him?
Crash Landing FREE at Smashwords 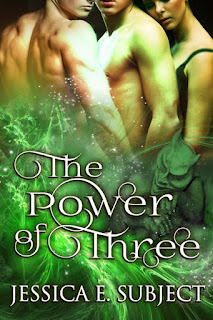 THE POWER OF THREE ~ Cursed to live amongst several stone gargoyle statues, Oscar watches a young couple, yearning to participate in their sexual activities. For he has been away from his own lovers for over a year, and longs to touch and be touched again.
When he tumbles off the headboard onto the couple, he is released from the statue but must find a way home. His only thought: a ménage with the man and woman who freed him. But will they try something new to grant him his return passage, or leave him wandering Earth alone?
The Power of Three FREE at Smashwords
Whether you enjoy your stories short. long, or a mixture of them all, I wish you...
HAPPY READING TIME!
~ Jessica

I've never tried a short story but it seems like the perfect venue to fill in the gaps between books or provide a platform for secondary characters. I do love reading anthologies!

Before the group blog The Roses of Prose disbanded, each year we presented to our readers a short Christmas story. I hadn't written a short story since high school this presented a problem. But I found writing a short story a lot of fun. Last year when I couldn't focus on my WIP I wrote a couple of short stories. I should do something with them.

Hi Nancy! Yes, they are a great way to give your secondary characters the story they deserve without writing a novel. Lots of fun!

Hi Diane! Yes, they are a lot of fun to write! And great when you are stuck, but want to keep writing. I hope you do do something with them!

Short stories are harder for me to write since I tend to be long-winded in my writing, lol. But the good thing is that they force me to be more concise and tighten the story, which helps when writing my novels.

Hi Maureen! I had the opposite problem. When I first started writing, I wrote short stories, and found it harder to write longer. Now, it simply depends on the story, and maybe the day. LOL

Thanks for letting us know about the 2 free short stories. As you say something to rea when you can grab a minute to read. I really liked the quote at the beginning of the post. I've nly attempted a short story twice--once when I was in 9th grade about a pink-haired alien running through London trying to escape. Really original. haha

I love reading short stories, Jessica! When I worked in retail (Borders Books), I used to devour short stories during the holidays. It helped to ease the stress of the holiday crush. Great post!