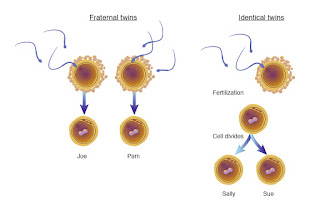 In identical twins, as the cells divide and multiply, at some point very early in the embryonic growth, they spit into two individuals. As you can imagine, the genetic material in these twins is identical, hence the name identical twins. Monozygotic twins are always the same sex (except in my dark fantasy Gemini Rising!)

Whose genes produce monozygotic twins? Only women ovulate. So, the mother's genes control this propensity to twins, and the father’s genes don't. This is why having a background of twins in the family matters only if it is on the mother's side.

In vitro fertilization (IVF) embryos are more likely than naturally conceived embryos to split into identical twins﻿ A fertility doctor can transfer just one embryo—in hopes of reducing the risk of non-identical twins—but identical twins may still occur, and more frequently than in the general population. 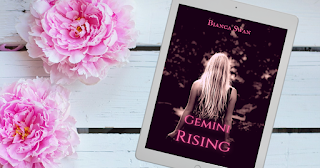 Gemini Rising stars monozygotic twins, Alina and Alain aren't quite your average identical twins, however. As their names suggest, they are male/female twins--which scientifically cannot occur. When they are born, to escape the notoriety and the scientific probing, Lord and Lady Alastair whisk their miracle children to their island castle on an island off the coast of England (the island is fictional but patterned after the beautiful and majestic St. Michael's Mount which is off the coast of England) 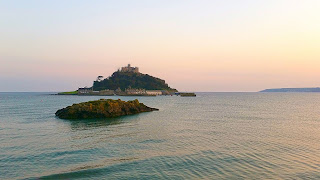 Here, Alina and Alain grow up in relative seclusion until they reach their 18th birthday. After so long under the domination of their father, who won't even allow internet in the castle, Alain is ready to leave the Keep for good, but Alina fears being alone without friends to turn to.

Therein, this dark fantasy by Bianca Swan begins. As reviewers have unanimously said, the "ending will shock you".

To read a sample of Gemini Rising, or to purchase the book:  https://blacklotustaboobooks.com/product/gemini-rising-biana-swan/

Have a wonderful Wednesday!

Posted by Nightingale at 2:00 AM

Fascinating story, Linda. We have 3-yr-old twin grandsons who are so different--looks, size, and personality. As they get older, we see their individuality become more apparent.

Enjoyed your post, Linda. My nephews are fraternal twins and they're definitely polar opposites. I'm off to check out Gemini Rising. The story sounds intriguing.

I enjoyed your post and love stories about twins! I have identical twin daughters.

I enjoyed your informative post. Gemini Rising sounds intriguing. My grandmother was a twin and they were exactly opposite in every way. Thanks for sharing!