I have wished on stars since I was a little kid. I blame the animated movies I watched where every girl who wished and dreamed of becoming a princess did in the next ninety minutes. Whether you call it wishing, new moon affirmations, prayer, or setting a growth mindset, vocalizing what you wish to bring into your life is a powerful 2021 trend.

Was it the isolation of 2020 which brought about a mass spiritual awakening or that people were given the time to sit back and daydream? I was inspired by many of my Instagram followers reading The Power Wish by Keiko. This book is instructions on personalized moon wishing. Being an astrology geek with a master’s degree in Physics, I had to check it out. With my star chart in hand, I was prepared to do the math required to manifest my latest set of dreams. What I found were down-to-earth (ha-ha) instructions based on one’s moon sign, prose to help someone construct their wish, and a few advanced rituals boost your wish. When I say advanced, I mean the addition of moon water. No blood sacrifices are required.

Why the new moon and not the “first star I see tonight”? The moon is our closest large neighbor so it will have a large impact on us gravitationally. It comes down to quantum physics. Please do not let this particle physicist scare you. I will keep my calculus to myself but the math behind wishing is fascinating…to a few of us. The moon is between the sun and earth at this phase with powerful ramifications to our surface mechanics. This is the only phase where a solar eclipse is possible as even the sun is not immune to the power behind a new moon. In school, we learned there are high tide and low tide every day due to the moon’s movement and the extremes of those tides are in direct correlation to the moon’s position to us. The highest of high tides and lowest of low tides are found twice a month – the full and new moon occurrences. The ocean water is pulled on a quantum level toward the moon, so the earth has a slight football shape instead of perfectly round. 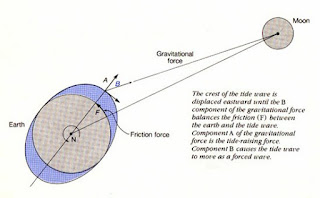 The geeks (like me) who went on to study physics in college and graduate school look at the minutia behind this phenomenon which ironically is the basis behind the wishing woo. Who knew witches, mystics, and astrologists would have common interests with physicists? It goes back to Newtonian mechanics which states that matter (and therefore energy) cannot be created or destroyed, so when we release energy through ion exchanges (i.e. living) it is released as background radiation. (See video of calculus behind it here). Scientists who have studied The Big Bang have measured the overall current of background radiation as their evidence. Moon radiation can increase the vibrational frequency of this background energy in the same way your microwave radiation increases the vibration of your cheese molecules when you melt it for nachos. When there is a New Moon, we are seeing the effects of an absence of radiation reflecting off the moon. 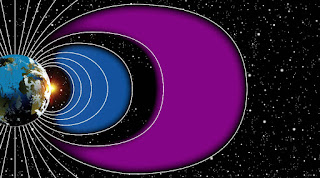 Does this radiation influence human behavior? Any ER nurse or kindergarten teacher can give you examples of humans acting out-of-character in mass quantities with the only common factor being a full or new moon. The Full Moon is blasting radiation and the astrology community uses this time to release “low vibe” habits such as negative self-talk, self-injurious behaviors, and memories of trauma. It is a time for forgiveness. A coincidence is both of my Strawberry Shifters books were released on full moons. (My debut was released on the Strawberry Full Moon even though I didn’t plan it.)

The New Moon releases almost no radiation and is the opposite. We see an absence of the moon because our eyes are radiation detectors for a small range of light emission. The New Moon acts as a large impaction plate to collect minute levels of radiation to complete the radiation cycle and keep the earth at homeostasis (as much as can be done with our screens and artificial increasing overall radiation (see NASA’s video on it here). What if we send our wishes along this radiation superhighway into the universe? What will is your wish? 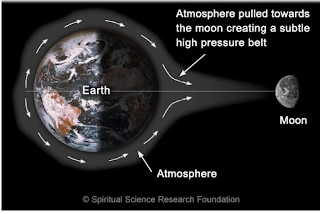 Communicating wishes to the universe is one of the themes of my next book, Dance to a Wylder Beat. In 1878, there wasn't quantum physics discoveries to explain the power of the New Moon but that doesn't stop Nartan Sagebrush. He has tools provided by his spiritual culture.  Following the traditions of his Arapaho people, he creates sacred geometry on the ground with his dance steps. He asks his spirit guides for a wife who will help integrate him into the settler population of Wylder, Wyoming Territory. Olive Muegge answers his ad, not as the woman he wants but the woman he needs. Will he see past her wild ways to her golden heart within, or will he miss out on having his wish for community to come true? Dance to a Wylder Beat is coming this spring from The Wild Rose Press. 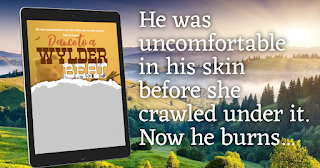 I will never look at a grilled cheese sandwich the same way again! What a fascinating and fabulous post, Marilyn! It got my inner geek on and stirred all sorts of creative curiosity. I've always been drawn to the moon and now I know why.

Being a former teacher, I know exactly what you meant. Didn't know why but can attest to the weird behavior. Such an interesting post.

Interesting post, Marilyn. I adore the moon for so many reasons. Thanks for sharing and all the best with your upcoming new release!

Thank you Nancy, Diane, and Mary. I definitely flew my nerd flag with this post. Physics, Human Behavior, Astrology, and my new release, all coated in melty cheese...these are a few of my favorite things!

Such a fascinating post! I completely understand how human behavior is affected by the moon. And I love how you tied all of this information into your upcoming release!

Oh wow, Marilyn, loved the post. Great way to tie it into your new release. Very interesting article. Thanks for sharing.