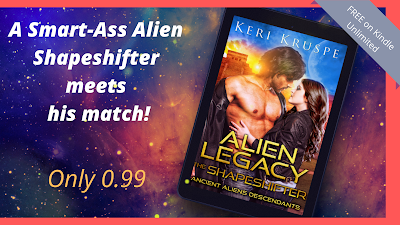 To celebrate Book 2 of the Ancient Aliens Descendants “The Alien Legacy – The Shapeshifter”, I wanted to give you a bit of history on what inspired me to write this series.
To start, there are a couple of things to confess concerning the first book, “The Empath”. A long time ago there was a western series called “Alias Smith & Jones” with two main characters that I and my best friend were obsessed with, as only preteens could be.

One of the actors, Ben Murphy, was my first love (funny how my husband ended up with the same curly dark blonde hair, overall build, and prominent Roman nose that the actor did). To salute that cutie, I fashioned my main hero after him.

Secondly, I admit that a lot of what happens to Julienne in the first part of Book One (The Empath) actually happened to me (ok, there weren’t any aliens…). I'd worked my way up in a small bank in Vegas until I reached the pinnacle position she did. As I wrote the book, I loosely based some of my characters from the people I worked with at the time. While my boss was a lot like Claude in the story, I’m pretty sure he wasn't a CIA operative. I've also included the actions of my supposed “best friend” who betrayed me much like Kathy did Julienne.

But, unlike Julienne, I wasn’t demoted. I was let go. And they weren't nice about it either. You know the same old reason, “We’re headed in a different direction and don't need you anymore”. I was devastated. It was a low blow, especially since I spent over twenty years with that company. I have to tell you, my deep depression lasted a long time. I felt like my very foundation had been ripped out of me and stomped on.  It took years to crawl out of the deep hole I'd fallen into before I had the strength to build up my self-esteem again.

So, how did I cope after something like that happened? Why, I wrote a book, of course! I can’t tell you what an immense relief it was when I “killed” one of my personal tormentors in the story. Yeah, I had that sucker shot right between the eyes…

For the newest book, “The Shapeshifter”, the hero was the other main actor in that TV series by the name of Pete Duel. 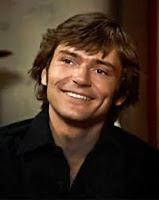 I was heartbroken when at the age of 31, Pete killed himself with a self-inflicted gunshot wound to the head. My best friend and I were devastated. It was hard for us at such a young age to understand why a seemingly successful, good-looking man would do something like that. Even though that tragedy happened a long time ago, I still find myself dwelling on it from time-to-time.

In the Shapeshifter, I wanted to give Pete an extra zest for life… to honor the man along with his killer dimples. 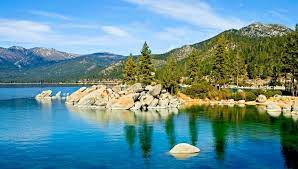 With this series, I was eager to highlight my home state of Nevada. Born and raised in Reno, my family moved to Las Vegas when I was ten. After my husband and I married (he’s a native Nevadan as well), we moved to Lake Tahoe (on the Nevada side, like our heroine Jena does in The Shapeshifter) in a small community called Zephyr Cove.

In Book Three: The Psychic takes place at the capital of Nevada, Carson City. As a matter of fact, my husband was the general manager at a small casino there like our heroine, Jordyn. I’m working on editing the first draft and I gotta admit I’m loving the story as much as I do the other two. If all goes well, I'm hoping to release it around August of this year.

In honor of my newest release, I'm offering Alien Legacy: The Shapeshifter for the bargain price of 0.99¢! But that only for a limit time (Click Here)!  FYI - It's FREE if you are on Kindle Unlimited.

No chance to delve into my newest series? Never fear, I’ve got your back! Click here for Book One – Alien Legacy: The Empath. 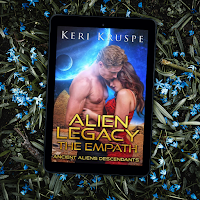 I can’t wait to see what you think about Ben and Pete and their tangle with their feisty mates!

I LOVED Alias Smith & Jones and Pete Duel's character was my absolute favorite. Was heartbroken when it was cancelled and by the tragedy of his death. Needless to say, that led to a sentimental One Click (I would have clicked anyway but knowing the background will add a deeper connection to the character). Glad to know I'm not the only one whose early romances were with TV heroes.

OMG! I loved the series “Alias Smith & Jones”, Keri! You made me reflect on Pete's deat at such a young age had on me. I was stunned and heartbroken at the news then. Now that I'm much older I realize we never know what a person is struggling with in their life. Thanks so much for sharing. Congratulations and all the best with your sale and new release!

Great post! I love how you took your revenge from your job in your book, lol. Congrats on your release!

Love how you took your "revenge" out on those who dun you wrong. I did the same thing in one of my books. So cathartic. I remember Alias Smith & Jones, too. A fun series--that, of course, got cancelled too soon. I had to 1-click your new release. Sounds like fun.

Ah, I'm so glad I'm not the only one who remembered Pete back in the day! Thanks for all of your great comments!

Way to get your revenge. LOL I loved your post. Thanks for sharing!