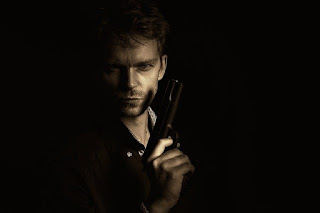 Yeah, yeah. We get it.
To make a good story, we include a villain (human or not) to offset our hero to create conflict.
Good guy vs. bad guy—back and forth until the good guy triumphs at the end and the villain is defeated. Woo-hoo… truth and justice win!
Oh, ho-hum. Yawn… yawn… yawn.
Okay, I’m being snarky. If we didn’t love these stories where the hero outsmarts the villain, that trope would have died out centuries ago. The best way to keep these stories “fresh” is to have your reader fall in love with not only the hero, but with the villain as well. To the point where the reader will secretly fall in love with the bad guy, rooting for them from time-to-time.

What’s the best way to do this? Why…  make them a flawed, of course! Resist the urge to make the bad guy into someone who is ugly with no redeeming qualities. A boring cardboard stereotype whose every action is glaringly predictable.

5 Suggestions to Fix Your Villain 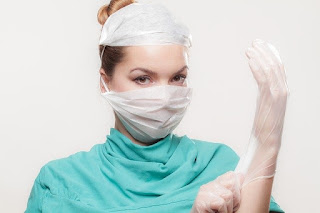 These aren’t in a specific order, just some fun ways to fix your bad guy:
1. Parents matter—even to a villain. That includes orphans. The absence of parents can be a motivational force in their (or anyone’s) life. Was how they were raised a main factor on what drives them? Here are a couple of examples in my own work.
The main bad guy in my Alien Exchange universe has been shaped by his family and how they treated him growing up. The lack of love and recognition (all because he didn’t look like others in his race, especially his identical twin who did) drove him to extremes to prove his worth. Not only to his elitist parents, but to the entire galaxy.
In my second series, Ancient Alien Descendants, the main villain discovers he is not the legitimate blood heir to the throne of a planet, so he has to commit all sorts of atrocities to ensure no one finds out so he isn’t executed.
2. What (or who) does the villain love? The villain who only wants to take over the galaxy (what do you expect, I write scifi romance so it’s all about the bigger stuff…) is tedious and has been overdone. But if you can somehow put in what they love, it gives them an added dimension. The best part of it doesn’t have to be anything big. The villain in my latest series actually loves his people. He feels that if he wasn’t in charge, they’d succumb to extinction. He’s just happens to be a self-absorbed narcissist at the same time…
3. Why do they do the things they do? Here’s where the big “M” word comes in “motivation”. Why do they want to take over the world? Why do they hate the hero and want to mess their lives up? Uncover the deep, deep roots that drive the villain and what they want. Alexander the Great wanted to conquer the world to show up his father (there goes those pesky parents again…).
4. What would make this person the hero? What if you wrote your novel from the villain’s point of view? What would he have to do to make him the hero? They end up doing things that might be wrong, but they firmly believe they have the right to kidnap/kill/torture anyone who they deem deserves it. Aren’t righteous villains the really scary kind (think Thanos of the Marvel Avengers series)?

5. Install in your villain, a trait you’d love for yourself. What if your villain was crazy smart, or a cunning manipulator? Are they decisive, able to make their minds up immediately? Or—maybe they are master story tellers who created worlds people are dying to be a part of… 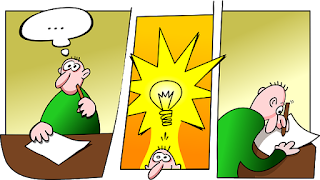 Other Type of Villains

The Antagonist:
A person you’re not quite sure is as bad as you think, or maybe they’re just misunderstood. The hero may have found the strength to overcome, but the villain gets dragged down instead.
They’re Better than the Hero:
They’re more charming, seemingly kinder, smarter, or well-informed. Make your readers cheer on the hero to become more like the villain. A great example would be Loki in the Marvel universe. He’s smarter and way humbler than Thor could ever be.
The Crazy One:
You can spot these folks a mile away. The Joker/Hannibal Lector/Harley Quinn… These bad guys are overblown, excessive, obsessive, narcissistic and delusional. Most of all, they’re unpredictable (ooh…. the fun…). They come in like a massive hurricane and destroy everything in their path. No amount of logic or reason has a chance to tame them.

Wrap This Up, My Pretty

Think of your favorite villain. What makes them so special? The best advice anyone could give you about villains is to make them as real as your protagonist. Better yet, give them mirror (positive or negative) traits of your hero. If anyone tells you your villain is better than your main character, chances are you have a compelling story to tell!
In closing, I want to share the opening “thoughts” of my villain, Sub Prince Murduk of the planet Akurn. Here’s an excerpt from my newest release, Alien Legacy: The Shapeshifter.

Sub-Prince Murduk, supreme co-ruler and sovereign of Akurn, Governor of the capital city of Eengurra, experienced something he never had before. At first, the way his body reacted confused him. His hands were shaking, and waves of dizziness caused black spots to swim across his vision. His heart raced hard enough to drown out any noise outside of himself.
He held his breath. Was that… fear?
Unrelenting, a tsunami of terror threatened to suck him under. Emotions and he had parted ways long ago, so who could blame him if he didn’t know how to handle situations he rarely experienced?
After seeing Inanna alive for the first time since she escaped all those millennia ago, he immediately cloistered himself in his private quarters to get hold of his careening emotions. Speaking to her shifted something deep inside him. While he once believed she might not have survived the ancient world-wide flood, he had received various reports over the years that she lived. Not only lived, but she bred with one of those disgusting Adamou and produced five sons.
It was absurd how those offspring became the foundations of some of Earth’s legends. They, along with other Adamou who’d escaped separately from Inanna, had dominated Earth’s past. These beings could not only read minds, but they could manipulate and create matter while controlling anyone they chose. See, this was the reason the Akurn monarchy had made it unlawful to mix their genetics with any alien species. It was fortunate that as the abominations bred, the Akurn DNA became dominant and the powers dissipated with each subsequent generation.
His eyes narrowed. He’d give anything to have a tenth of what those disguising atrocities so carelessly possessed.
Now after this first conversation with Inanna, Murduk sprawled on a plush couch. He ignored the humongous window overhead with its blurring colors of interplanetary dust, cosmic rays, and the coronal ejections from the bodies throughout the solar system. With shaking hands, he lit his hookah and inhaled. A ribbon of red narcotic smoke twirled around him. He exhaled and sighed at the smoldering comfort. Soon his hands steadied, and his vision cleared. The tight tension between his shoulders relaxed.
Posted by Keri Kruspe at 6:49 AM

Oh, Keri, who doesn't love a good (a huge fan of Loki) villain, right? :) Absolutely enjoyed this post. Thanks so much!

I love a good villain!

Villains are my favorite part of a book. In my mind, an author's talent is measured by the intrigue factor of their bad guys. Great post (especially the kudos to Thanos. That single tear as he destroyed half the beings in the universe, thinking it was the only right thing to do . . . even if it included his daughter. My other favorite is Rutger Hauer who played the best villain ever in Sylvester Stallone's Nighthawks (forgettable movie, fantastic charming villain of icy purpose!). I love converting a villain in my own series into the next books hero. It's all a matter of motivation and POV!