How the heck did that happen? 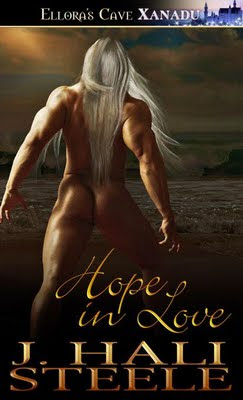 And I have two releases this month. First up on October 9th from Ellora's Cave is HOPE IN LOVE, Book 1 in the Angels In Love series. This story premiers on the same day of the first ever RomantiCon convention and I'm taking that as an omen for good things to come for me and Ellora's Cave/Jasmine Jade Enterprises.

There will be an announcement next week on a REALLY BIG contest for both releases so stay tuned for more information.

Back to the story.

BLURB:
The world is changing. Hope is fading. Darkness beckons. And one angel holds the answer.

Tired of death, destruction and mankind’s race to ruination, Ramiel, archangel of hope, finds it harder and harder to care about those he’s meant to help. Now, the Fates have decreed that Ramiel must mate with Yael, an exulted human. On his shoulders rides the universe’s only hope for survival, but the ties that bind him to Yael force him to face his own unexpected reckoning.

As the combined forces of the heavens try to tear them apart, Ramiel must find a way to hold on to the love he finds with Yael, or an end will come, so devastating that Heaven will drop to its knees. 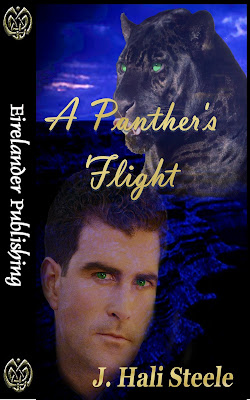 Next up is A PANTHER'S FLIGHT on October 16th from Eirelander Publishing. Here's a bit about it:

BLURB:
When a mate is worth waiting for.

Fane Baron is a Reign warrior—a sanctioned killer charged with hunting down the rogue vampyre cats of the Sovereign Kind. Haunted by memories of stalking his best friend and afraid the same contagious addiction will consume him, Fane makes a drastic decision; he’ll stop taking blood. He knows the consequences of his decision, the problem is, can he live with himself once he meets her…?

Edy Adair is in a predicament of her uncle's making. A few days from her first change to a panther, already dealing with the clawing emotional turmoil of being in heat, she’s headed on a short flight to Arizona with the vampyre cat of her dreams. Only problem, he isn’t the mate chosen for her by her parents. The fact is he killed her cousin! 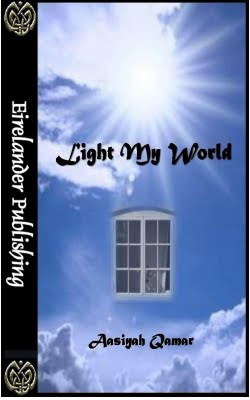 The site is not only nice to look at, there are two great books available and it is one of the easiest sites I've 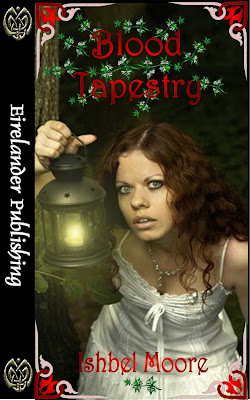 ever purchased from. Stop by and take a look and be the first to grab a copy of Light My World by Aasiyah Qamar and Blood Tapestry by Ishbel Moore. Both of these stories will make a great addition to your cyber shelves.

Until next Friday: Growl and roar-it's okay to let the beast out. - © J. Hali Steele
Posted by J Hali Steele at 7:46 AM

Good luck with your upcoming releases. :-) Many sales!

I, too, wish Lee much success! And you, J on your releases and sales.

Thanks, Sandi. I have a love/hate relationship with promo this month, hell, every month! *grins*

Thanks, Liena, my fingers are crossed.

Thank you both. Eirelander is proud to have all of you as a part of our family.

Many good wishes to you Joann.

All these books seem simply awesome. I must add them to my "to read" pile. I will never run out of reading material, that's for sure!

May you have many sales!

Lee, thanks for stopping by because I know how busy you must be!

Charisma, that's the good thing about eBooks - there are so many. Thanks for coming over.

Congrats, Jo! It couldn't be happening to a nicer person...LOL!

Thanks, Fran, coming from you...puts me on top of the world!

So glad for you--you totally deserve it and I'm thrilled for Eirelander too!

Thanks, Rebecca. I think Eirelander will be one of the biggies in the future, they have good people there - management and authors.

'Hope in Love' cover is my favorite. Really, what a way to start a blog. Good luck with the releases, I can't wait.

Annie, lol, it's that butt. Dang it's nice *grins* Wonder who it belongs too...hmmm.

RK, thanks - October's not bad, I've been lucky.

Oh my, Ramiel comes out this month? That was one I had down as must-have!! Okay, lol, gotta set down my Paypal addy first, bummer... (not to be confused with that nice bum on that cover, lol)

Best of luck with it and Panther's Flight (not that I think you need it coz both stories are fab!) and thanks too for putting Eirelander a little more on the map!

Sorry to be so late.

First, major congrats to Eirelander Publishing in opening their doors yesterday. I agree that they will be a major player in the future of this industry.

Congrats to J and Z for their coming out books with Eirelander Publishing. Many sells to both of you.