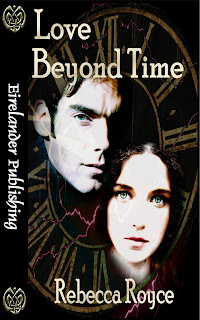 Its time to start a new chapter.

Oh my god. I chew on my lip. What the hell am I going to do with this new chapter? I just brought the ceiling down on my characters. Are they dead? No, of course not stupid, you didn’t kill them off. You would know if they were dead.

I pound my fingers on the bed next to my legs, which are currently holding my computer. The whole room seems to be vibrating from the jiggling of my legs. I really need to get on the treadmill. But not before I figure out what is happening in chapter 15.

How many words have I written? Wow. That’s a lot and still not a single sex scene in the book. But Lee told me with book number 1, you can’t just have the characters stop and do it, it has to work. Z helped you fix that issue in LBT. Don’t really need to repeat mistakes when there are so many new ones to make.

So I really thought that here it would work. And it still will.

Once I work out the logistics of the whole thing. They can’t just jump into it. The last time we saw them the ceiling fell.

Why did the ceiling all again? Oh yes, because the demon caught them and he hates Drew. Too bad it’s not Drew’s book, it’s Charma and Jason.

Is that the baby crying? No. What time is it? Who needs to be picked up from school? Two hours. That’s enough. You should be able to write quite a bit in that time. Unless, of course, I’m hungry and that is what the issue really is.

Am I hungry? No. Not pregnant anymore. Not eating between meals.

Three chapter cycles. You’ve done it in they whole book. Not changing it now.

Jason pulled the concrete off of his back. Why am I not dead?

And off we go.

LOL And so it goes. Happy writing!

I've gotten stuck and walked away for a little and returned with fresh eyes. That usually gets me over the little speedbump.

Hi Rebecca :)
Thank you for the great post, letting us inside an author's angst.
:)
All the best,
RKCharron
xoxo

I love your thought process.

Whew! It's always reassuring to realize I'm not the only one that spazzes out! It must me a writer's trait.

Good luck with the writing!

I feel the same way, but most of the time when I finish a chapter I know where I'm going in the next one. If not, I write 6 possibilites down and the one that jumps out at me is the one I use. lol

Thanks everyone. My mind is a scary place to live. LOL

Loved this little insight, Rebecca, really refreshing and I can so relate!

Rock on girl, I'm sure you'll have a winner with this! And don't worry over the mistakes, we'll rectify them all in edits! *wink*

I hate it when that happens. I'm like, what now?? LOL

It helps to walk away instead of forcing things. Eventually, it will sneak up on you, demanding to be added with the other amazing chapters.