First There was Ebooks... 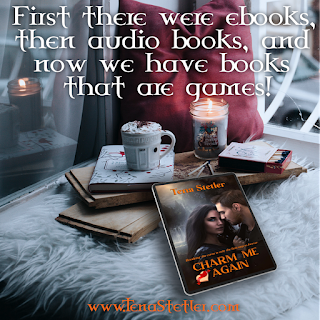 First there were ebooks, then audio books and now we have books that are  video games! Can you believe it?

A few months ago this happened.  An opportunity can knocking for one of my books to be made into a video game! Say What? Never heard of such a thing, but it was real and looked like a great deal of fun. Yep, my secret is out, I’m a gamer. LOL So I hopped on board.

I’m absolutely thrilled to announce that my title, CHARM ME AGAIN, is being made into a video game within the next six to eight months by http://Romancefate.com. These games are interactive where the player becomes the heroine and best played on a phone or tablet.

You will be one of the first to know when CHARM ME AGAIN has been transformed into a video game. I can hardly wait! 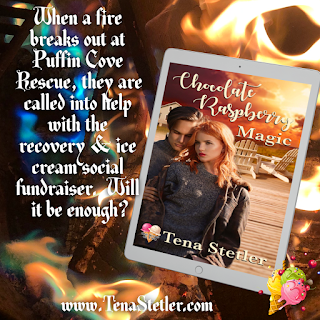 You know since September of 2015 when my first book, A DEMON’S WITCH, released the excitement of a new release never gets old. Nerve racking—Yes. Lots of promo—Yes.  Hoping my readers love it—Yes. But still as exciting as my first book’s release. WooHoo! How about a sneak peek into CHOCOLATE RASPBERRY MAGIC.

Prim and proper Trinity Shilo is the assistant manager for Salem's Wildlife Sanctuary. She hasn't had much luck in the boyfriend department, but the new employee Paul is different. Deep and brooding she sees something special hidden below the surface. Besides she has secrets of her own.

Paul Thorp is a wounded Special Forces veteran now working in security and computer support. He's fought hard to keep his demons in check and for the first time feels he is ready for a real relationship.

When a fire breaks out at Puffin Cove Rescue they are called in to help with the recovery and ice cream social fundraiser. Sometimes things are not what they seem, and neither are people. When magic is unleashed will what they learn bring them closer together or push them apart?

I hope you’ll take a moment and check out CHOCOLATE RASPBERRY MAGIC, it's available for pre-order now!

Congrats on the new venture, Tena!! Keep us posted on the process. My gamer son will finally have to give romance some cred!

Congrats on your new release- and on the new venture! It sounds really exciting.

Wow. That is fantastic, Tena. Thank goodness you're open to new opportunities. Best wishes on this and your newest release.

So cool! I see ads for those video game stories all the time. :) Congrats Tena!

Thanks Abigail! Should be a fun adventure. Glad you stopped by!

Thanks Nancy, Maureen, and Diane. Should be a fun adventure. A new release is always exciting.

Wow, that is such a fun format for a story! How exciting! And congratulations on your new release!

Jessica, thank you for stopping by and for your kind words.

How exciting, Tena. I hope this new venture goes super well for you. Congratulations on your new release.