The Hidden Mystery Behind the Vampire Legend by Keri Kruspe 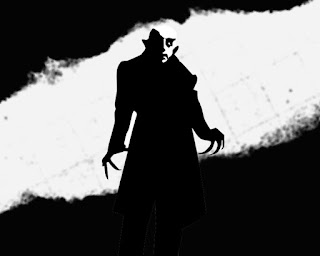 For the last century, the vampire legend has been one of the western world’s most prevalent myths we can’t seem to get enough of. This creature is everywhere - in movies, books, television series, art, as well as music (Rolling Stone Magazines top 15 songs about Vampires)

But did our fascination with this creature start with Bram Stoker’s Dracula back in 1897? Or maybe with the release of the silent movie Nosferatu in 1922? I was surprised to learn the vampire legend dated further back in our history than I’d imagined. It spans the entire globe, from the ancient Persian civilization to ancient Asia and even Iceland! In Madagascar, there is the ramanga, a living vampire who drinks the blood and eats the nail clippings of nobles (ew….).

What Is a Vampire?

According to the History Channel, there are almost as many unique characteristics as vampires as there are vampire myths. But the fundamental characteristics include draining their victim of blood, which turns them into vampires. They also “hunt at night since sunlight weakens their powers”. Some legends claim they have superhuman strength and can put their victims in a sensual thrall that hypnotizes them. Some say they cannot see their image in a mirror and they cast no shadow.

Because the vampire fable is prevalent throughout the world, I thought it would be fun to explore them and see what differences there are… and what is the same worldwide.

So take out that crucifix, wrap a smelly string of garlic cloves around your neck, and keep that vial of holy water handy. Let’s explore one of humankind’s scary monsters… 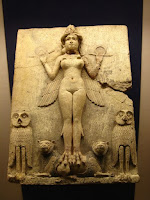 Wouldn’t you know it, the first vampire in history is a woman…

Now lilitu/lilu stems from several civilizations with different names—from ancient Persia, Babylon (lamashtu), as well as the early Hebrew (lilith) texts claiming she was the first wife of Adam. Apparently, she left Adam because she refused to be his subordinate and God himself banished her from Eden. She then became the queen of the demons.

In ancient Sumer (anu), she’s described as an infertile “beautiful maiden” and considered being a bird-footed night demon and described as a sexual predator who sustained on the blood of babies and their mothers.

An old Sanskrit folklore gives us the tale of the vetala, an undead creature that hangs up-side-down on trees on cremation grounds and cemeteries. They also have the pishacha, described as returned spirits of evil-doers or insane people who bore vampiric abilities (flesh-eating demons) described having bulging veins and protruding red eyes. 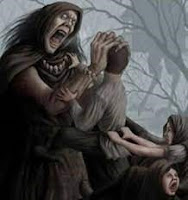 A shtriga is a vampiric witch that sucks the blood of infants while they sleep. Once satisfied, they will turn into an insect, like a moth. She’s often described as a hag of a woman, her face disfigured with a hateful stare. Her choice of dress is a cape. After draining her victim, she’d go into the woods to regurgitate her bounty.

A dhampir is considered as the offspring of a vampire and a human mortal. Like a vampire, they suffer from the impulse to drink blood. They just control it better. A dhampir must feed on blood, though not as often as a vampire. Their abilities vary depending on the parents’ abilities and their talents in skills or magic. They are naturally strong, sharing traits of vampires like claws and fangs.

These nifty creatures are part of the undead category. They possess superhuman strength and were hideous to look at. To make matters worse, they reeked of decay. They could enter dreams of the living. They also credited draugar with magical abilities, such as shapeshifting, controlling the weather, and seeing into the future.

A lot of the modern vampire lore is based on older folklore there. Throughout the large continent, there are tales of ghoulish entities from the mainland that also drifted to the surrounding islands. While Japan doesn’t have a history of vampires, they have the nure-onna which resembles a reptilious creature with the head of a woman and the body of a snake who feeds on humans. 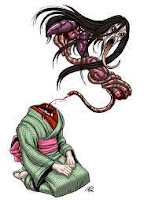 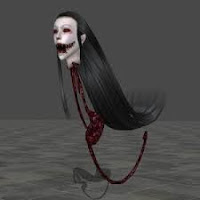 In the Philippines, there is the tagalog mandurugo – “blood sucker”. In Malaysia – there is the penanggalan, a bloodsucking witch who takes the form of a floating disembodied woman’s head with its trailing organs still attached. And in Cambodia there is the krasue, who is quite similar to the penanggalan.

In China, a jiāngshī is a hopping vampire. It’s a type of reanimated corpse that has long, curved fingernails and greenish-white furry skin.

A Theory on How the Legends Began

I believe legends started when humanity became self-aware and conscious of the ever-changing world around them. It had to be hard for them to understand why certain things happened the way they did. To combat their fear, they’d make up stories to explain them.

One theory of how the vampire lore began is based on a medical one. There is a blood disorder called porphyria. In the article “Vampire Myths Originated with a Real Blood Disorder”, the writer points out the major symptoms of those who suffer from this disorder:

Fangs—repeated attacks of the disease cause the gums to recede, making the exposed teeth appear to lengthen.

Blood drinking—a person suffering from porphyria might pass blood in their urine, making people think they drank blood for that to happen.

Aversion to garlic—the sulfur content of garlic has can lead to contracting this disorder.

No reflection—Most folks who suffer from facial disfiguration avoid mirrors.

Fear of the crucifix—I’d rather not go into the religious implications of people afraid of the crucifix. Let’s just say any unfortunate person who had this disorder back in the Inquisition days (1478-1834) would have reason to fear any symbol that meant death for them.

I Vant to Drink Your Blood...

No matter how it started, the legend of the vampire is more popular than ever. And I doubt its appeal is going to die down anytime soon. Even I, who write SciFi Romance, couldn’t resist having this creature as one of my hunky alpha heroes. 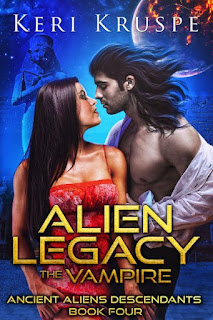 In my newest release: Alien Legacy: The Vampire, Zamush has the traits of a typical vampire because he’s part alien. I fell in love with his brooding outlook on life and how nothing seemed to touch him. Until he meets Jelena—a woman who was just like him. Too bad she believes she was in love with a man she hadn’t met yet….

Fangtastic post. Very interesting. I have yet another characterization of the vampire in my paranormal romance, Sinners' Opera, and the upcoming Cardinal
Desires. My vampires are viral mutations, but share some of the powers and perks of the traditional vampire while inheriting some of his limitations like being a night hunter. I thoroughly enjoyed your investigation of the Vamoyre.

Fascinating history of vampires. I never knew there were so many, or that they went back so far in time. I always wondered where Lilith came from. Thanks for sharing, Keri.