Sex and the Paranormal Girl 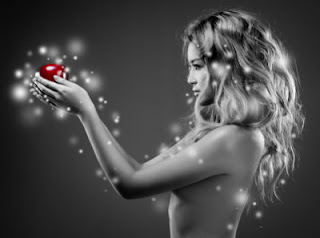 So I’ve noticed this trend in paranormal romance and urban fantasy where a woman’s magical power is tied to sexual arousal. I’m not sure if Laurell K. Hamilton was the first to do it, but she certainly does it on a grand scale. Jacqueline Carey also does it with Phedre in the Kushiel books, though the reason behind it for Phedre’s character is much more organic, with the circumstances in which she uses it dictated by the world in which she lives—and she uses it cleverly and to great advantage. As a pagan and sex-positive feminist, I’ve always believed the act of sex to be a very powerful and empowering thing, so the premise in these stories didn’t bother me.

Recently, however, I read yet another such story that started to make me uncomfortable, and it began to dawn on me that the magical power in many of these fictional worlds is coming not simply from the ecstatic energy the woman conjures during sexual arousal or the power of the act of sex itself—of joining with another person—but from the woman’s inability to resist an alpha male’s sexual advances. Being overpowered by one’s reaction to someone else’s sexuality doesn’t strike me as powerful. It can be hot; there’s no doubt about it. Who doesn’t have the fantasy of giving oneself over to sexual abandon on occasion? If you’ve read my books, you know I’m a fan of consensual power exchange and BDSM.

But I’d really like to see a heroine having power that doesn’t come from what a man can give her, and sexual power that doesn’t feel like surrendering to someone else’s control over her body. We have enough men trying to control our bodies, quite frankly. Every day, it seems, I read another story in the news about women’s bodies being used as political football, and about men who think they have the right to a woman’s body based on the sexual signals they perceive her giving out with her dress or her drinking or where she chooses to go alone.

How about the next trend for paranormal romance and urban fantasy being heroines whose power comes neither from helpless sexual arousal nor from the phallic substitute of a Really Big Gun, but from resisting the forces in the world around her that seek to control and define what a woman is?

A woman with real power can still have hot, mind-numbing sex with an insanely gorgeous shifter. Or however many she wants. ;)
Posted by Jane Kindred at 3:13 AM

What a provocative topic. Sex and power are always hot topics, but given some of the real-life situations in the news, I'd prefer to read about sex positive acts where the heroine draws power within herself. When people are kidnapping women and holding them captive for years in the world, I'd like to have my fantasy reading to show women as the powerful beings that they are.

Thanks, Stephanie. Current events are really changing the way I think about what I'm writing lately. I might need to bring back some of my avenging goddesses.