Carrying On with Favorite Characters 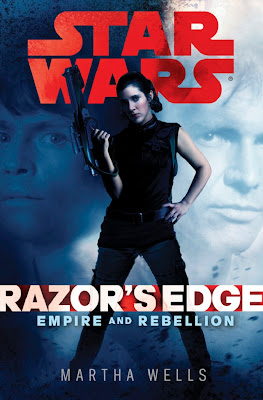 I've actually read some of the Star Wars books that are threaded through the first three movies (yes, I know they're technically Episodes 4, 5 & 6, but I grew up in a time where those other movies didn't exist, so there) and even  out past where Return of the Jedi ended. One of my favorites is Children of the Jedi by Barbara Hambly, which actually part of a three part mini-series with Darksaber (by Kevin J Anderson) & Planet of the Twilight (Barbara Hambly). The books play heavily toward Luke falling in love with Callista, a Jedi warrior who died years ago to help thwart the Empire's plan to destroy a sanctuary for Jedi Knight's wives and children.

I haven't yet decided if I'll pick up this new mini-series with Luke, Han and Leia, but it is certainly tempting.
Posted by Sara Brookes at 7:44 AM