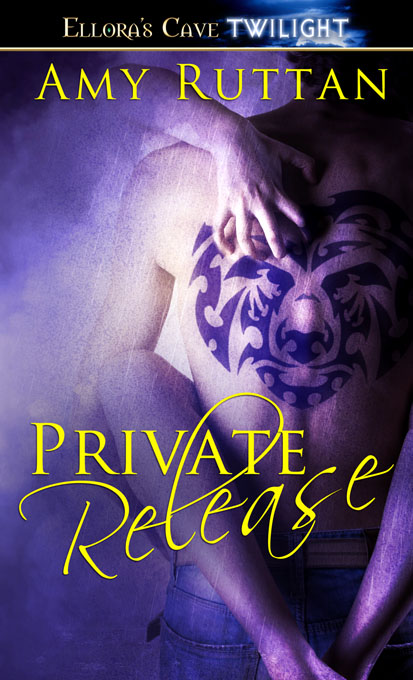 This is the cover for PRIVATE RELEASE which is the sequel to MOUNTED RELEASE. My second bear book!

This took me forever to write because of two things. One, it refused to stay novella length and turned itself into a short novel and TWO because every time last year I'd pick it up my editor from Harlequin would contact me about revisions.

Once every thing on the Harlequin front was a go I worked my butt off to get Private Release done before my next deadline.

My Ellora's Cave editor's response was so cute, it made me LOL when I sent it to her. All she said was "YAY!"

Usually she says things like "Thanks got it." I adored her YAY because that's how I felt the moment I hit send on this book. HUGE RELIEF.


Jared Stevens hasn’t been the same since he was shot. His duty is to marry a
Mukswa woman and be a strong leader. He lets the elders of his clan choose his bride,
because the woman he wants is only in his fantasies, the only woman who brings him to
exquisite release.

Adele Banks loved being a Mountie, but one shot ended her career and altered
her world forever. Adele is determined to make a life for herself. She’s hired to recover
Beare Enterprises embezzled funds, but what she didn’t count on is being extremely
attracted to her client when meeting him for the first time as he’s naked in his shower.

Adele is Jared’s mystery woman, but she’s taboo. He bonds to her, but has to keep
his society secret, as much as he wants to mark her as his own.

As Jared fights his own inner beast, remnants of the prior chief’s wrath is affecting
the clan and Adele. To save Adele’s life, Jared may just have to betray his clan’s secret
and risk his heart.