Ruts suck. Not only for writers but for readers also. I ran into a reading rut recently (yay alliteration!) and I decided to leave behind the paranormal realm for a little bit. Shocking, I know. I love paranormal and have ever since I was a teen. But reading some of the latest series one after the other has lead to a bit of a meltdown as they began to run one after another in each other.

Recently, I saw some opportunities open in YA. I've always wanted to write it and I even have a few stories ideas in it and considering I want some work to share with some of my family members who aren't romance fans (or are too young for it), I thought it'd be fun to take up a recent call to write a YA story inspired by a folktale.

I've also been gathering up some good YA books in my reading shelf. Although I may be dipping back into paranormal (it always manages to rope me back in!), I'm excited to see my fave genres of science fiction and fantasy written for the youngsters. Hopefully I can add a few myself into the pile.

Some current titles that have caught my eye recently are:

Blurb: Kendis Thompson is an average, ordinary software tester in Seattle. She has great friends, great housemates, a cat she loves, and her beloved violin. The aunt who raised her lives nearby and is always ready to share her love and comfort.

Then one day, Kendis goes biking and is attacked by a troll. In Seattle. A Real. Live. Troll. She fights back, but she's no match for a creature made mostly of stone. When she screams for help, it arrives in the form of Christopher MacSimidh, who gives the troll what for—until the troll gets the upper hand.

And then everything starts going wrong.

There are faerie in Seattle, and Kendis is a target. Her mother was a faerie princess and her father was human. She didn't know, since both died when she was a young child, but now her magic is starting to show up and both courts are determined to get something out of her. But what? and why?

With the help of her best friend, Jude; the Warder of Seattle, an old woman named Milly; her Aunt Aggie; and her new friend Christopher, Kendis is going to hold her own against both courts and all the trolls, sprites and assorted other creatures they can bring against her. Probably.

Though she didn't count on the fairy biker gang, or the elven Elvis impersonator.


Rae's Thoughts: I'm reading this now and really enjoying it. The heroine is a geek, has a multicultural background (both human and otherworldly) and may hook up with the handsome Scottish hero who jumped in to help defend her from the trolls. I can't wait to see how all the other elements are added in. I'd recommend this if you're looking for something a little bit out of the ordinary butt kicking urban fantasy heroine that's prevalent today. I'm not sure if it's completely YA as Kendis is a young woman more so than a teenager but her roomies keep calling her "kid". I recommend this one.


The Journey by J. Adams

Blurb: The war between good and evil is as old as time itself so is the absolute truth that each choice is accompanied by a consequence.

Ciran is about to be faced with both.

Two roads lie ahead. Only one leads home.

Which will she choose?


Rae's Thoughts: This is actually a free read from an upcoming author to watch. I'm currently reading the author's contemporary work and am really enjoying it (fans of sweet romance should pick it up, it's called Against the Odds by Jewel Adams). The Journey is the first of two YA fantasies from the author and from the reviews I've read, it sounds like a great read for both teens and adults alike. Can't wait to dive into this one.

Blurb: In her debut novel, Pearl North takes readers centuries into the future, to a forgotten colony of Earth where technology masquerades as magic and wars are fought over books.

Haly is a Libyrarian, one of a group of people dedicated to preserving and protecting the knowledge passed down from the Ancients and stored in the endless maze of books known as the Libyrinth. But Haly has a secret: The books speak to her.

When the threat of the rival Eradicants drives her from her home, Haly learns that things are not all she thinks they are. Taken prisoner by the Eradicants, who believe the written word to be evil, she sees the world through their eyes and comes to understand that they are not the book-burning monsters that she has known her entire life.

The words of a young girl hiding in an attic—written hundreds of years before Haly’s birth—will spark the interest of her captors and begin the change necessary to end the conflict between the Eradicants and Libyrarians. With the help of her loyal companion Nod, a creature of the Libyrinth, Haly must mend the rift between the two groups before their war for knowledge destroys them all. Haly’s life—and the lives of everyone she knows—will never be the same.

A powerful adventure that unites the present and future, Libyrinth is a fresh, magical novel that will draw in young readers of all genres.

Rae's Thoughts: That cover is gorgeous and it's part of the reason I want this hardcover on my shelf (I love a good cover). This is another YA fantasy that sparked my interest not only for what's on the cover but also inside sounds pretty awesome. Added this to my to read shelf and I can't wait to get myself a copy.

Blurb: Adisa Summers doesn't know her boyfriend, Micah Alexander, can fly. Micah's odd emotionless behavior, rigid posture, and vacant eyes are a mystery sending mixed messages to Adisa. When a flash of lightning sends a tree crashing down on her, Adisa is shocked to see Micah actually flying to her rescue! In an instant, Adisa is in his arms, looking up at the sky over his shoulder as they fly parallel to the ground. Micah shifts, shielding her completely with his body. As the tree explodes against Micah's back, Adisa feels him shudder with the impact and the air fills with wood chips and sawdust. Miraculously, they aren't smashed into the ground. They safely continue flying. Micah finally begins to open up to Adisa about his secret life as a superbeing and she discovers another shocking secret. Micah burns for her--literally as well as figuratively. ASLEEP is a superhero teen love story set in modern day Atlanta that's filled with thrills, romance, and suspense.


Rae's Thoughts: Superheroes? Love story? Fantasy? Yes please! This book, which is the start of a trilogy, I believe sounds like a mixture of all my fave goodies in stories I'd like to see. Added this one to the pile too and can't wait to dive in and read it. :-D


There are a few more on my list but these are ones that I really want to get my hands on soon.

For those Harlequin enthusiasts, you may notice they opened their teen line recently with their lead titles by Gena Showalter, Rachel Vincent and P.C. Cast. They're all paranormals, of course, but I'm hoping that more genres will be added in this market as most of the other publishers are already covering YA fantasy and paranormals.

If you want a taste of the line and/or from Rachel Vincent's new series, there's a free download of her prequel novella on the Harlequin Teen site. I'm personally waiting for Julie Kagawa's Iron Fey series debut (you know me and faeries ;-)) and Maria V. Snyder's futuristic Inside Out.
Posted by Rae Lori at 3:18 AM

Hi :)
There are some great books on this blog post, thank you for taking the time to post them.
I'll look forward to your review of Libyrinth before I buy it.
Faerie Blood sounds great and I added it to my ToBeRead list!
:)
Thanks for sharing,
all the best,
@RKCharron
xoxo

When I started writing, I tried my second novel as a YA. UGH! I found it was too close to my heart-I have three teenagers and living with them and writing how they talk/act drove me crazy. I have a great high concept idea that will just have to wait for eight years!
YA is super hot. I have four great writing friends who write YA and two actually up for the GH. Their stuff is great. Harlequin Teen has a couple offers on the table for a couple of them and it's great deals! Good luck!!

Rae, it's funny. I intend to write YA stuff down the line. I first wanted to make a name for myself doing the romance thing. I believe in writing a book interesting enough to get kids to read it. And what's more, I've got a great idea semi-plotted, but I fear it's going to have to wait until my schedule is cleared a bit more.

I've always wanted to write a YA book too. I think you must be fabulous at it.

RKCharron, sounds great and my pleasure! :-) I'll probably be posting a review via Goodreads. Hopefully I can get my hands on it soon before it gets buried!

Tonya, that's awesome you have some real world inspiration right there. :-D Congrats on your friend's noms and opportunities btw! I'd love to check out their work. :-)

Sandi, sounds like a plan indeed! I notice romance opens so many doors for writers and I like that there's a lot of focus on character and emotion that can be explored in any genre. In a way it's a plus to start there! I'd love to check out your YA books when you release them. I'll be checking back with you in five years and hopefully my TBR pile is finally down a bit lol.

Rebecca, go for it! Maybe it's something you can pen in mind for your little ones. :-) I think you'd be great at it actually!

YA is something somewhere down the line that I may want to try my hand at seeing as I already have a young adult. I could go to the source and see what she'd like me to write about. Seeing as she shares my love of all things paranormal, it could be right up my alley.

Thanks for introducing me to the authors you featured!

Whew! With all you guys wanting to write YA - it lets me WAY off the hook - thank goodness!
LOL Now that that genre is covered, I'll slip on back into the adult romance line.

Great covers, Rae. I mean each one is very eye catching.

I love books about the fae and humans so Faerie Blood is a definate for mwe, YA or not. And Lybrinith sounds facsinating. Can't wait to read your review

I admire those who can write YA. It's something that I don't think I am capable of doing. I think you would do a great job Rae and Sandi I always pictured you in that genre.

Hi, this is Angela Korra'ti, the author of Faerie Blood here. I was pointed at your review and wanted to thank you for your kind words on it!

Hope you'll enjoy the whole thing when you finish it, and same to RKCharron up in the first comment. :) Y'all please feel free to come by and visit me at angelakorrati.com, or for the Livejournal-inclined, annathepiper.livejournal.com. 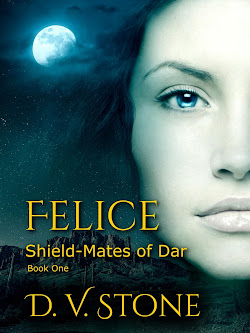 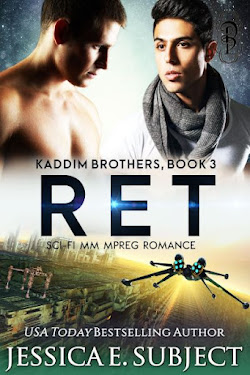