Selfishness. Individualism. Thumb your nose at the world and its bureaucracy. Live life on your own terms, and to hell with everyone else’s. The stuff heroes are made of. Who is John Galt? He’s my all-time favorite character, Atlas Shrugged, my favorite book. I’m not sure how Ayn Rand would feel about me epitomizing John Galt as a romance hero. Here’s a bit of the John Galt speech --


“We're on strike against your creed of unearned rewards and unrewarded duties. If you want to know how I made them quit, I told them exactly what I'm telling you tonight. I taught them the morality of Reason -- that it was right to pursue one's own happiness as one's principal goal in life. I don't consider the pleasure of others my goal in life, nor do I consider my pleasure the goal of anyone else's life. I am a trader. I earn what I get in trade for what I produce. I ask for nothing more or nothing less than what I earn. That is justice. I don't force anyone to trade with me; I only trade for mutual benefit.” 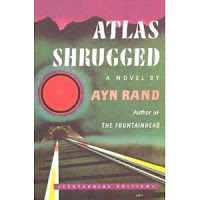 I love this man, and how he thinks. Though many see Atlas Shrugged as a purely philosophical statement, I make no apology to Ayn Rand, her memory, or her followers, for seeing John Galt as the greatest romantic hero ever—at least in my mind. There you have it.

After 50+ years, someone has decided to tackle this as a movie project which will release this April. I’ve read that you’ll never see John Galt…and I don’t want to. No one could adequately portray what he means to me. I’m sure others, who embrace the character for whatever reason, feel the same.

My own favorite character, well, let me give you a few of his lines:

“If you even breathe the air she expels, I’ll smell it on you. If I do, I’ll rip your heart out and make you eat it for dinner.”

“You know what, right now I don’t give a damn who or what you are, and you can shove the Fates so far up your ass, they never see daylight again.” There was going to be hell to pay, but Phoenix didn’t give a shit. “Let me tell you what I do understand. I’m connected to that vamp you unceremoniously dumped out of my house. His kind made me--and your kind let it happen.” Red pinpoints of light leaped from his eyes and bounced around the room scorching the walls. Tendrils of smoke carried the stench of burning wood into the air. “You been trying to clean this mess up for thousands of years and it only took him two decades to find something your people couldn’t.” Phoenix leaned so close to the man-like creature in front of him, their noses almost touched. “You cold bastard, do you even understand what it’s like to have something you love, something you’ve waited for your whole life, taken from you? Do you?" A ragged laugh burst from his mouth, his lips curled in disdain. "Didn't think so. Until you do, don’t come to my home again. I’ve had enough of you fucking angels.”

That’s Phoenix in a nutshell—if only I’d finish the dang story. He’s appeared briefly in a few books, but he had so much to say, he’s grown into novel length…and I don’t do novels. I’m working on whittling him down to novella size, and he’s not cooperating. Hopefully, one day we’ll see eye-to-eye--it's the only way he'll see the light of day!

Growl and roar-it's okay to let the beast out.-© J. Hali Steele
Posted by J Hali Steele at 8:11 AM