What's in a Name?

What's in a name?

The right name can reveal your character in an instant. It can also add depth to your story. It can brand your character for readers, to such an extent that their particular name can never be reused by anyone else. Think about James Bond. Sherlock Holmes. Harry Potter, Albus Dumbledore, and Severus Snape. Atticus Finch. Huckleberry Finn. Scarlet O'Hara.

I think naming my book characters is fun and a chance to stretch my imagination.  I already know quite a bit about them, so I can pick a name that fits their life and personality. A name that will help readers identify them and set expectations for them.

There are name generators and baby naming sites to find character names, but I don't use them.

My biggest naming challenge in my first book, Song of the Ancients, was to name three major characters. The names had to be specific because their histories were and fates were intertwined. Of course, they didn't know that until the end of the book, so the names were also major foreshadowing.
1. Main female character, Samantha Danroe – her last means "truth speaker."
2. Main male character - Nicholas Orenda.  I liked the sound of the first and last together.  Half-way through the book, I discovered that Orenda is an Iroquois word that translates as "great spirit" or "magical power." Perfect for Nicholas, who is a witch from one of the nine original Traditional families.
3. The third character is a mythical Lakota woman who is the originator of an ancient prophecy that is woven throughout the story. I named her Wakenda Ondear. Wakenda is the Lakota term for their "Great Spirit" that resides in and of all living things. Ondear is Spanish and means to undulate or ripple, which was the way I thought of her spirit in the book, having a ripple effect on every person who learned of her prophecy.

And the clincher for these three characters: Their last names are anagrams. Did you figure that at when you looked at them?

Some names are just plain fun. A secondary character in my first book, Rumor Vargas, is now the protagonist in my second book. She is Hispanic, but she says her mom was a 60s hippie and named her after a song.

Several secondary characters in both books were developed and named with help from fans and friends on Facebook, NaNoWriMo and other sites. For example, Jaco Hunsley, an eccentric older man in Song of the Ancients, crafts fine furniture with a twist: each one has a hidden compartment, built to blend into the flaws in the wood. He made a cabinet for Nicholas's aunt, and we find a major clue in that hidden drawer. I was "gifted" both Jaco's name and his profession from an "adopt a character" thread in the NaNoWriMo (National Novel Writing Month) a couple of years ago. Everything else I built upon that thread.

This year, I have asked Facebook friends to recommend names and descriptions of two characters for my current book-in-progress. Last fall, they helped me name the elderly Hispanic woman who runs Hope House, a house for Mexican refugees who need lodging and food after illegally crossing the border into Arizona. We ending up calling her Senora G., my writing short-cut for Senora Lupe Gutierrez, and contributed name.

Last week, Facebook readers again came to my rescue, contributing a description and fleshing out my backstory for the Cochise County Medical Examiner, Shep Peterson. He is now described in chapter 10 as a, "silver wolf of a man with the wire-rim glasses and a faint Scottish brogue." Readers also gave me his reason for working in the middle-of-nowhere Arizona, despite his medical degree from Stanford, one of the most prestigious med schools in the nation. They told me he owns a small ranch and breeds horses, his true work of love. I placed the ranch near Oro Valley just north of Tucson, and am having him breed Quarter horses. His breeding lines and credentials for raising roping horses are legendary on the rodeo circuit from Cheyenne to Dodge City. His son, Robbie, works as a cattle roper on the circuit currently, but Peterson knows he will return to his dad's ranch to work when he retires from rodeo riding. And, voila! A new character is born!

The moral of this blog is, dear reader, never think for a moment that your comments fall on a writer's deaf ears. We are looking for characters and names everywhere. In the phone book, obituaries and immigration records. In movie credits (one of my personal favorites), and in casual conversations.

So if you see a Facebook post from me that starts, "Dear friends, I'm looking for a name and information on a character for my book…" Please read and comment. You may be the inspiration for a character in the next chapter!

Sandy Wright moved to Arizona 17 years ago and fell in love with the southwest desert, including its Native American influences. After a trip to Sedona, the germ of a novel was born. 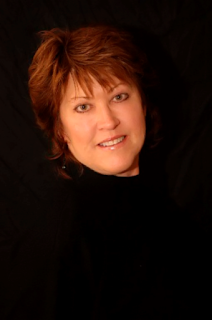 “I love to take ordinary characters and put them in extraordinary situations that change their view of the world.”

Her first novel, Song of the Ancients, introduces witchcraft and shamanism seen through the eyes of an ordinary woman.  Readers interested in witchcraft—or just a dark, eerie tale—will enjoy this paranormal suspense, written by a real-life Wiccan High Priestess.

Song of the Ancients is available on Amazon in print and ebook.

Great post! Naming characters is one of the most important events in writing a book (next to the first and last line, in my OSHO). Yours rock! Can't wait to get into this series. I'm heading to AZ for the Tucson Book Fest in March. Any chance you'll be there?

I always spend waaaaay too much time figuring out the perfect names for my characters. I've even changed them along the way, when the one I was using didn't quite fit. And you're so right - I look for inspiring names everywhere!

Great post, Sandy. I like combining syllables so they sound right for the characters in my SFR stories. For my cozy mysteries, I like using a baby names book or website. I'll have to ask readers for suggestions the next time I'm stuck. Thanks for the suggestion.

What an interesting post, Sandy. Names are very important and I may not spend quite as much time on my character names as my children's names, but I have sometimes even changed the name of a character because it just didn't seem to work...and I sure couldn't do that with the kids!