D is for Deployment 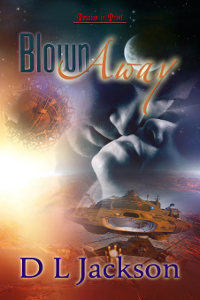 With my son deployed to Afghanistan with the Marines, this has been a major item on my mind. I remember back to my Army days, sitting on the hard concrete of a hanger, waiting for our bird. Full rucks, LCEs, and nothing but time to kill. Sometimes we’d sit for hours only to turn around and go back to post. The Army did love their drills. During the wait, which the Army is also famous for, we’d play cards to get our minds off our mission, much as I imagine my son having done while he waited for his ride. Spades was the game of choice and it was cut throat and ruthless. Every soldier played it.

I think about the seating in the back of the C130 and how it was more like a giant hammock than a bench and I remember all too well how fast a soldier could go to sleep. We’d sit down and we were out, grabbing what might very well be the most sleep we’d get in days. Didn’t matter where we were, the back of a Duce-and-a-half, or plane, we found a way to catch some z’s.

There were a few however that couldn’t handle the sway of that red webbing when the bird climbed, or dropped, or banked. There were long rows of hammock, where you’d face one another down the length of the cargo hold, side-by-side and face-to-face. Inevitably, someone would get sick and the heaving would commence. It wouldn’t take much to get the whole unit to barfing. The close quarters, the sound, smell and image. Yeah, good times.

With deployment being on my mind so much, I’m seeing it carrying over into my writing. Here’s an excerpt from my latest work in progress, Collateral Lives, Book two in the Blown Away series.

Here’ you meet Avery and Trouble, two military convicts who are EOD (Explosives Ordnance Disposal) in a suicide company. Both have bio-mech implants that connect them mentally and physically. Trouble is a human remote, Avery her controller. Both communicate a lot telepathically, so if you see italics, that's what they're doing.  Oh, and if you’ve read Blown Away and you know what the Gold Digger is, I assure you the Rivers boys are okay.

Trouble buckled her harness and stared at Avery. Two months and she’d trained day and night—for this? Whatever this was. Avery had pushed her so hard in the last three months she hadn’t had time to explore the station, or relieve some tension. Her first assignment had her on edge, combined with the serious lack of nookie, and constant body to body contact with Avery, Trouble was ready to climb the walls of Eternity Station. Worse yet, she seemed to be the only one who felt a little tense.

He sat directly across from her, relaxed as though he did this every day, and their daily wrestling matches and heated arguments hadn’t turned him on in the least. He’d closed his eyes and even though the shuttle hadn’t left the bay, it looked like he was already unconscious.

“Where are we going?”

He raised a finger to his lips, but didn’t bother to crack an eye.

“I’m trying to sleep, Devoe. I didn’t get much last night.”


“Not my fault.” She crossed her arms over her chest and sat back.


“Um? What’s that mean?” she asked, even though she knew damn good and well to what he’d referred. Yeah, she’d had to resort to self gratification. Every night. It hadn’t managed to take the edge off the lust boiling through her, if anything, it made it worse.

She shifted on the red webbing, unable to lift her feet from the floor. The combat boots were locked onto her and the soles contained a strong magnet, that when activated, glued her to any metal she stood on. Just another fun element of being an inmate on Eternity. Being able to move a little would have been nice. The straps cut into the back of her thighs, and her ass had already started to go to sleep.

“At least something is getting some sleep.” The corner of his mouth twitched but he didn’t bother to open his eyes.

“Very funny.” She shifted her derriere again and tugged hard on one leg with both her hands, trying to pry her boot free from the floor. It didn’t budge.

“Unless you have super-human strength—don’t bother.”

Bastards. She flopped back on the webbing and arched her back in an attempt to get the blood back to her backside. Fucking bastards.

Avery cracked an eye and stared. “It’s a long trip. I suggest you learn to relax your thoughts and crash like everyone else. Deal with the boots. You’re a prisoner and this is how they transport prisoners.”

She eyed the other soldiers in the hold. Not a one had the special boots. “It’s degrading. It’s not like we have anywhere to run. Look out the porthole. It’s all icebox.”


“We could seize the shuttle.”


“Oh.” Her mouth fell open. She hadn’t thought about that, but then again, that’s what Avery was known for, and they certainly wouldn’t take a chance he’d lead another mutiny. “What about them?” Trouble cocked her thumb toward several men in the red webbing seats next to her.

“They aren’t prisoners. They’re the flight crew that’s going to take the abandoned ship to port.”

“Right.” Trouble sighed and turned her head to stare out into space. Of course they wouldn’t risk any non-criminals. Her life was worthless as far as they were concerned. Disposable.

Trouble looked around. All the soldiers present were resting. One even snored. “How can everyone sleep? We’re going after a bomb, aren’t we?”

“We are EOD. That’s what we do.” He shrugged and yawned. “And it’s just you and I looking for bombs, Devoe. They’re staying on the shuttle until we sweep the ship and give the all clear.”

“I still don’t know anything about…”

Trouble crossed her arms over her chest. How could he possibly sleep? Her mind whirled with dangerous scenarios, all ending badly.

“Where are we going?”

“Does it matter?” His eyes popped back open and he glared.


“Will you shut up and let me sleep if I tell you?”

“The LOP found an abandoned Terran mining scoop, The Gold Digger, floating out in the icebox, or at least she looks abandoned. LOP Command hasn’t been able to raise any of the crew on the com and they’re not getting any bio readings to indicate anyone onboard the vessel is alive. They’re also floating close to Odroxian space.”


“It wouldn’t be the first ship that had systems failure and was evacuated. Why are we going after an abandoned scoop and this close to Odroxia?”


“Not sure. Command is really interested in it for some reason.”


She furrowed her brow. Mining scoops equaled explosives, plus it was close to enemy space. Why take the risk, even if they used condemned soldiers to do the dirty work? The hair on her neck rose. “I don’t like this. Something feels off. A battleship I’d understand, but not a scoop. That’s a commercial vessel and I can’t see them bothering. Getting too close to Odroxian space could trigger a war.”

Avery nodded. “Yeah, I’ve got that warm and fuzzy feeling too.”


“We go boom.” He closed his eyes again and raised his hand to silence anything further she might say. “Go to sleep. We made a deal.”

Trouble sighed and sat back, staring at the ceiling. Maybe she shouldn’t have backed off from Ela when she’d had the opportunity. It could have been her last chance to…

Have a great weekend.
Posted by D L Jackson at 7:00 AM

I had to chuckle at the barf party. I'm evil that way.