Happy 2014! I hope your New Year is going well. Right now it’s up and down for me but I’m sure it will get better, in fact, I know it will get better. I haven’t made any resolutions. I decided last year not to do that anymore. Instead, I make small goals that I can reach, or so I think before life takes hold and shake things up. Right now I have a goal to kick off a new series and focus on that series this month. So far it’s going slowly but hey, progress is progress. In the meantime how about a look at a book set at New Years and a peek at my latest release? 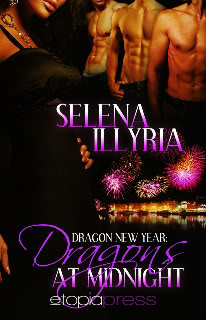 Blurb:
Tiger shifter Louisa thought she’d ring in the New Year all alone little did she knew that three, sexy, younger dragon shifters plan on making sure she celebrates things right. Add a little steam, some dragon shifters with a dirty mind and some creative use of furniture and you’ve got the perfect party for four. 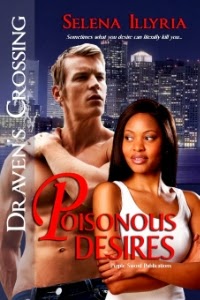