I didn't Forget... I got Behind

Ever have that happen? You think, okay, I'm on the ball and will get this done...then life happens. I seem to be having a case of life happening a lot. Was talking with tot today and he was upset about feeling dumb. I asked him how he believed he was dumb. "Because I forget everything."

I knew exactly how he felt. I have post-it notes all over with plot things I want to remember. I've got lists for what I need at the store in various parts of my purse. The notebook I keep with me has more than just story ideas. It's got posting reminders and grocery lists and pretty much whatever else I might want to remember. Google calendar loves me because I've got multiple things in there telling me what not to forget.

And yet, I forget a lot of stuff. I think that's part of the life of an author. You have so much going on you forget some stuff. That's me. I made a resolution to be better prepared and to remember to do what I had to do. Involved in that was the actual DOING of the stuff planned. So far? I'm not exactly hitting high marks. I'll get better. I will. Grin. 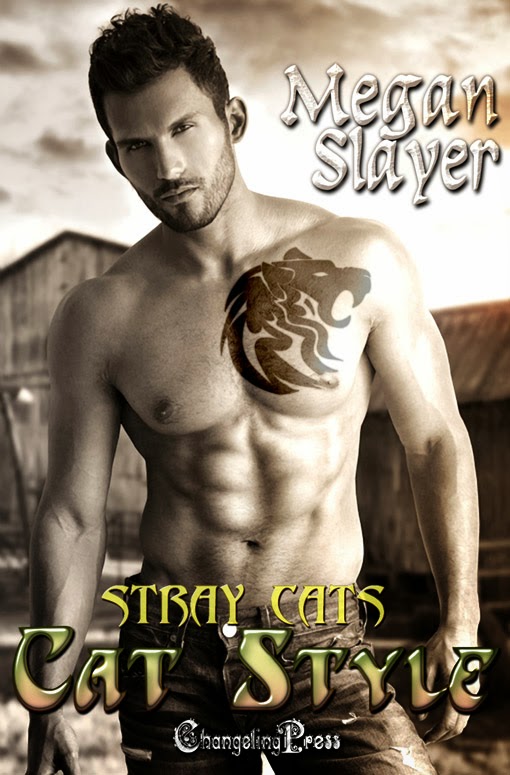 He’s got cat style, but does he have what it takes to win her heart?
Penelope went to the witch’s house to look at the cats, not bring one home. The moment she spotted the tiny fur baby with huge green eyes, she lost her heart. But Hildegard’s cats aren’t all they seem. One skeptical owner plus one affectionate shifter equals love cat-style -- but will love prevail over the evil threatening to kill her furry best friend?

And a Hot Excerpt!

“Meow.”
She knew that sound. “Fang! It’s Halloween. How in the name of God did you get out? I had you in the bedroom so you wouldn’t get loose.” She scooped the cat into her arms and flipped the switch to turn off the porch light. “You can be a real poop sometimes.” She nudged the door shut with her hip then engaged the lock. As per usual, the cat cuddled in her grasp and purred. She plunked him on the couch. “What am I going to do with you? Huh? I’ll get that bell I’ve threatened to put on you.”
Penelope sighed and closed her eyes. She rubbed her temple. As much as she loved the cat, he drove her crazy. “I should take you to the vet and have you fixed,” she grumbled. “That would teach you.”
“I suppose you could, but what fun is that?”
She opened her eyes. Instead of her black cat lounging on the couch, a dark-haired man with a hint of scruff on his cheeks and not a stitch of clothing on sat in his place.
“You’re not Fang.” Not her best response, but who in the hell was he? She balled her fists, ready to punch the intruder. “What did you do with my cat and how the hell did you get in?”
“Penn, it’s me, Fang. My mother called me Ascher, and I rather like it better.” He rose to his feet. “I don’t want to hurt you. I’d rather be back in your arms.”
Her brain misfired. A nude man, handsome at that, in her house and wanting to be in her arms? And he claimed to be her cat? She wobbled on her feet. The room went blurry, then black. When she opened her eyes, the man was crouching over her.
“Penn? Fuck.” His eyebrows crinkled and he smoothed her hair from her face. “I knew I should’ve told you yesterday but there wasn’t time.”
“You’re a strange man in my house.” She scrambled to an upright position. “Get the fuck out.” Where in the hell were her purse and her mace?
“Penn.”
“You don’t know me.” She inched away from him. Instead of coming after her, the naked man sat still. “Now get out.”
“I do so know you, Penelope.” He pinched the bridge of his nose between his index finger and thumb. “Wait.” He grabbed a pillow to cover his crotch, then sat on the floor. “I know. Piss-poor timing to hide my junk. I’m sorry.” He sighed. “When you went to Hildegard’s to get a kitten, you were handed me. You didn’t know you wanted me until you saw the fluff on my ears. You loved that I had those funny tufts of fur.”
“No.” She shook her head. “No, no.” The man knew too much about her cat. What a lunatic! She grabbed her purse and rummaged for the bottle of mace -- all without moving her attention from his face.
“You wondered why I hadn’t been nabbed yet.”
Shit. Those were just about her words exactly.
“Hildegard said I’d be exactly what you needed. I can be, but you have to believe me and trust me.” He finally moved toward her. “Please?”
“I’m supposed to believe a naked man in my house is my cat? Not on your life.” And yet, somewhere in her brain his story made sense.

When she's not writing the stories in her head, Megan Slayer can be found luxuriating in her hot tub with her two vampire Cabana boys, Luke and Jeremy. She has the tendency to run a tad too far with her muse, so she has to hide in the head of her alter ego, but the boys don't seem to mind.
When she’s not obsessing over her whip collection, she can be found picking up her kidlet from school. She enjoys writing in all genres, but writing about men in love suits her fancy best. The cabana boys are willing to serve, unless she needs them. She always need them. So be nice to Javier or he will bite--on command.
She also masquerades under the name Wendi Zwaduk and is published through Changeling Press, Decadent Publishing , Liquid Silver Books, MLR Press, Resplendence Publishing, and Total-E-Bound Publishing.
Megan’s site: http://wendizwaduk.com/indexMegan.htm
Megan’s blog: http://theauthormeganslayer.blogspot.com
Megan on Amazon: https://www.amazon.com/author/meganslayer
Megan on Goodreads: http://www.goodreads.com/author/show/5330530.Megan_Slayer
Megan on Facebook: http://www.facebook.com/theauthormeganslayer
Megan on Twitter: https://twitter.com/#!/MeganSlayer
AuthorGraph: http://www.authorgraph.com/authors/MeganSlayer
Posted by Wendi Zwaduk and Megan Slayer at 11:05 AM