Thank you again for allowing me to come back Paranormal Romantics. I am deep writing my new next book, A Pirate’s Darkness. This one will be a full length-book and will be a love story between an undine and vampire pirate. Penelope is the daughter of Eldric, King of the Undines, and being the youngest of two older sisters, she’s never felt competent. Her father and sisters have always babied her and without meaning two made her feel that she’s not capable of taking care of herself.

This all changes when my villain, the demon Zuto, sends out a time-spider after her. Trapped an island, he needs the time-spider to bit her, then he needs to drink her blood. It doesn’t matter whether she’s dead or alive. He’ll have the spider kill everyone she cares about to gain his freedom.
Ewan Kelley, a vampire pirate, is determined to save her. He’s been enamored with her ever since her swimming with her sisters. He plans to sacrifice himself to save her. His spilled-blood will foil the demon’s plan? Or will it?

The release date is April 8th, but for the next five days, A Pirate’s Bane will be on sale for five days.

Many authors write about all kinds of paranormal or fantasy characters, but have you ever heard of an undine?
Undines are water elementals. They were first named in the alchemical writings of Paracelus, and they were even found in classical literature such as Ovid’s Metamorphoses. Like a mermaid, an undine’s ability centers around water. However, undines were found in fresh water such as forest pools, waterfalls, or lakes, while mermaids were found only in oceans. Mermaids had tails while undines had legs.
But what intrigued me about the undine mythology was that undines were born without souls. In order to achieve a soul, they have to mate with a human and then become pregnant.
In my series, Legends of the Soaring Phoenix, I have three sisters that were all princesses and their father was the King of the Undines. The first undine, Angelica, appears in A Pirate’s Obsession. I have to admit I struggled with her arc, because it was extremely writing about an amoral character. Before she mated with Ronan, I kept making her sympathetic, but my editor pointed out that amoral characters wouldn’t possess this ability, because they do not know the difference between right and wrong.
Therefore, I had to change the storyline. Since I couldn’t have my three heroines be amoral, I decided to give each of them special abilities and made their unborn children even more powerful. The children are more powerful, because their fathers are either vampires or dragons and they possess the powers of an undine, vampire, and a dragon. 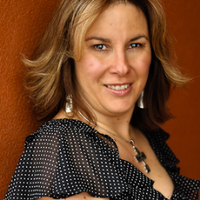 You had me at pirate vampire! :) Good luck on your April release!

A late but sincere welcome, M.L. I'm fascinated by undines. I'd never heard of them before. Pirate vampires? Intriguing. Best wishes on your new release.