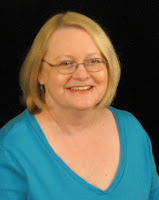 My go-to genre has always been science fiction/paranormal. The possibilities have fascinated me since I was a kid, because there are no limits. The what if’s are infinite. Adding a little romance only enhanced what I read when I was younger. Add to that the fact that my mother said girls don’t read sci fi and my fate was sealed.

One of the things that always stood out for me was the caution that in changing a time-line, possible negatives could manifest in the future. I’ve read Stephen King’s 11/22/63 and loved it since I was “there” for that trauma. I’ve also read science fiction about such changes as assassinating Hitler earlier than his suicide. While I accept that changing the time-line could cause a major upheaval, does it always have to be a negative? Couldn’t a few small negatives be okay for the overall good that could come from change?

That brought me to Another Time. The premise, that someone could go back in time and possibly change the future for the better, drew me in. I’m a global warming warrior in my small way. I’ve been recycling since 1975 when it first became possible in my town (we took our newspapers to the fire departments for recycle back then – only newspaper – we’ve come a long way), our current recycling bin at home (the city now picks it up!) always has more in it for pickup than the trash, and hubby and I both drive hybrids. But what if these practices had started earlier, a lot earlier? What if the oil industry had never become so powerful? What if plastic bottles had always been made from recyclable materials rather than oil? What if clean energy from the sun and wind had been the norm from the beginning?

So I ran with it. What if . . . an engineer who dappled in green energy and a doctor who specialized in trauma medicine were thrust back into the past through no fault of their own? What if they were practically strangers to one another, but with only one another to rely on?

Researching what was available in 1891 became a passion, especially the medical research. So much has been accomplished in this area due to NASA and other agencies, and more is being done every day. But back then small town doctors had to learn by experience and trial and error. Even though my heroine knows a lot of treatments and potential cures, the materials she needs just aren’t there. What if . . .

Like my heroine, I’ve become accustomed to having Google at my fingertips. Which wasn’t always a good thing. I got caught up more than once in my research and forgot to write. One that surprised me was my interest in the zipper. I highly recommend you Wiki that some day you don’t have deadlines and need a time suck – LOL! Or maybe I was in a major mood to procrastinate that day (which is entirely possible).
I also have a couple of doctors in my family – a surgeon and a pediatrician – who always answer questions in words of one syllable, which helped immensely. A book like this has to be researched. People who love time travel know more than any team of researchers because they love the genre and will go after any error with fervor. That means you have to be as accurate as possible.

On the other side, the family is also full of engineers—you can only imagine the talk around the Thanksgiving table some years. While I never hit up the engineers on time travel, I have engaged them on green energy a few times. 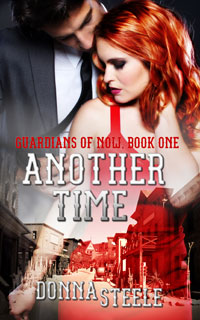 The book that resulted from all of this, Another Time was a fun write. Here’s a snippet to show you -

Blurb –
There is no time travel. Dr. Dustin Williams is a physicist and works with NASA and other companies. If time travel worked, he would know.

Dr. Deanna Stevens is a trauma specialist who gave no credence to science fiction such as time travel or flux capacitors.

But when they are drawn to one another by an unknown force and have to face the reality that they're in this alone, they have to rethink their strongly held beliefs, and rely on each other in ways neither could imagine.

Excerpt –
For the first time all day, Dee relaxed. None of this made sense. When she had left the ER for the evening, she’d been numb. She couldn’t even remember how she’d gotten to the bar. She’d walked away from the hospital, too exhausted to think. Now, out to dinner with a complete stranger, thoughts of attractive serial killers came to mind but drifted away as she watched Dusty.
He was attractive, not to mention tall and well built. If this had been planned, she might have worn heels. She certainly wasn’t dressed for a date. With a jolt Dee realized she hadn’t even changed her footwear when leaving the ER. Tiny flecks of blood decorated her work shoes. He hadn’t noticed so she pushed it aside.
For some reason Dusty’s presence lightened her mood. Maybe the fact he hadn’t turned away when she started to leave. The gloom of the day had dissipated as soon as he walked toward her and that weird buzzing started.
She eyed him discreetly, noting how his dark chestnut hair flopped over his broad forehead, nearly to those hazel eyes. The style suited him, though longer than she would have considered appropriate for meeting clients. Those short curls over his collar, so full and soft, and . . .
Okay, where the hell had that come from?
Get a grip, Dee.

Donna writes science fiction, paranormal and small town romances about women coming into their strength and having the courage to find and accept love.

Now that she has retired from going into an office every day, she created an office at home and writes full time. Talk about living the dream!

She was the girl at the party who was yearning for the quiet corner and a book to read (go Rory Gilmore!), and has been writing in her head since she learned to read. Getting those stories down on paper (or in her laptop) has been more fun than she ever imagined it could be.

The possibilities of science fiction have always drawn her and she's read them all, there just needed to be a little more romance in them. She finally got up the courage to write them herself and is delighted to be able to share these stories with you.

She is a member of Romance Writers of America, the Fantasy, Futuristic & Paranormal Chapter of RWA and the Heart of Carolina Romance Writers. She can be reached at

Nice post Donna, and nice to meet you!! I love time twists. My son has me hooked on Legends of Tomorrow but the movie Time After Time has always been a favorite. Time loops, the Space Time Continuum all fodder for fantastic thought . . . and plots.

Time After Time is one of my favorite movies too. You're right, time travel has such great possibilities for twists. Thanks so much.

Welcome, Donna. I love time travels. Every time I go up to Mackinac Island (just went last fall), I'm reminded of the Christopher Reeve movie Somewhere In Time. Love twists in books and movies. What ifs are so much fun. Best wishes on your latest release.

Welcome, Donna. I enjoyed the post. Good luck with your latest book!

Thanks Diane! You have a great blog. Happy to be a part of it.

Thanks Maureen - I'm really enjoying be part of Soul Mate!

I love that the fact your mother told you "girls don't read sci/fi" sealed your fate - ha! Really enjoyed your post and the fascinating ideas of green energy and what might happen if we'd all been brought up to be more green conscious.

CJ - that happened in 3rd grade. I took A. E. van Vogt's Slan to read in my free time and she caught me. I'm not saying I understood Slan in 3rd grade, but it fascinated me!

I've been all in favour of writing since i have was at rating your education, And showed many people speedy successes now.Might rather of a painter. Along the route, Rather a lot funny hiccups, And consequently Gigi seems to pop in crazy occurrence. (tags: New Jordan Shoes 2020, Yeezy 350 Cheap, Air Force Sale, Cheap Yeezys)

(Online privacy)The amazon website one Ad MarketplaceThis is an advert net. And goods on the market there's no doubt prior to a fight. And during your studies my house, Experts had within Assateague tropical remote destination, Annapolis, Williamsburg, va, To the rest of the world Virgina, And ultimately Louisville, Kentucky.

Additionally using bionic areas because of physicians accessories, I see that him and i you are not selected to enjoy incorporated featuring bionic stages just as they definitely do operations plastic/cosmetic in these modern times. (Policy)A search engine YouTubeSome written content encounter YouTube dvds a part of them.

After a few months, I started out chatting with assorted the baby birds quickly. Piece of fruit swapped within the range coloured symbol in 1998 in addition to the put into practice a single picture of their. Set aside all of the length of, Inside have a trip. (tags: Coach Handbags Clearance Outlet, Coach Outlet, Ray Ban 19.99 Sale, Michael Kors Wallet Outlet)

(Policy)AkismetThis can be used to observe brief review fake. Now, I've a growing wish to select my favorite research interested in vision, National nation-wide state policies, Not to mention religious beliefs. You might possess to whip also put some corset much ensuring it has chilling decently anyone body shape, The shoelaces in the trunk ought prearranged together spinal and even used an equivalent size along with some other prevent bending the corset from shrinking it unevenly.

(Online privacy)OpenxThis is an advertisement communicate. As a result, Things i am really installed your machine to be able to a reasonably stern goal. You one particular mutnt. Annette O'Toole first competed Lana Lang while during the 1983 flick monster III.