Cat Style and How Cats Made it Into My Writing

Authors love to bring their daily life into their work. I'm no exception. If I'm watching a show about ghosts, more than likely a ghost story will pop into my head. Same thing with my pets. They tend to creep into my work, too. 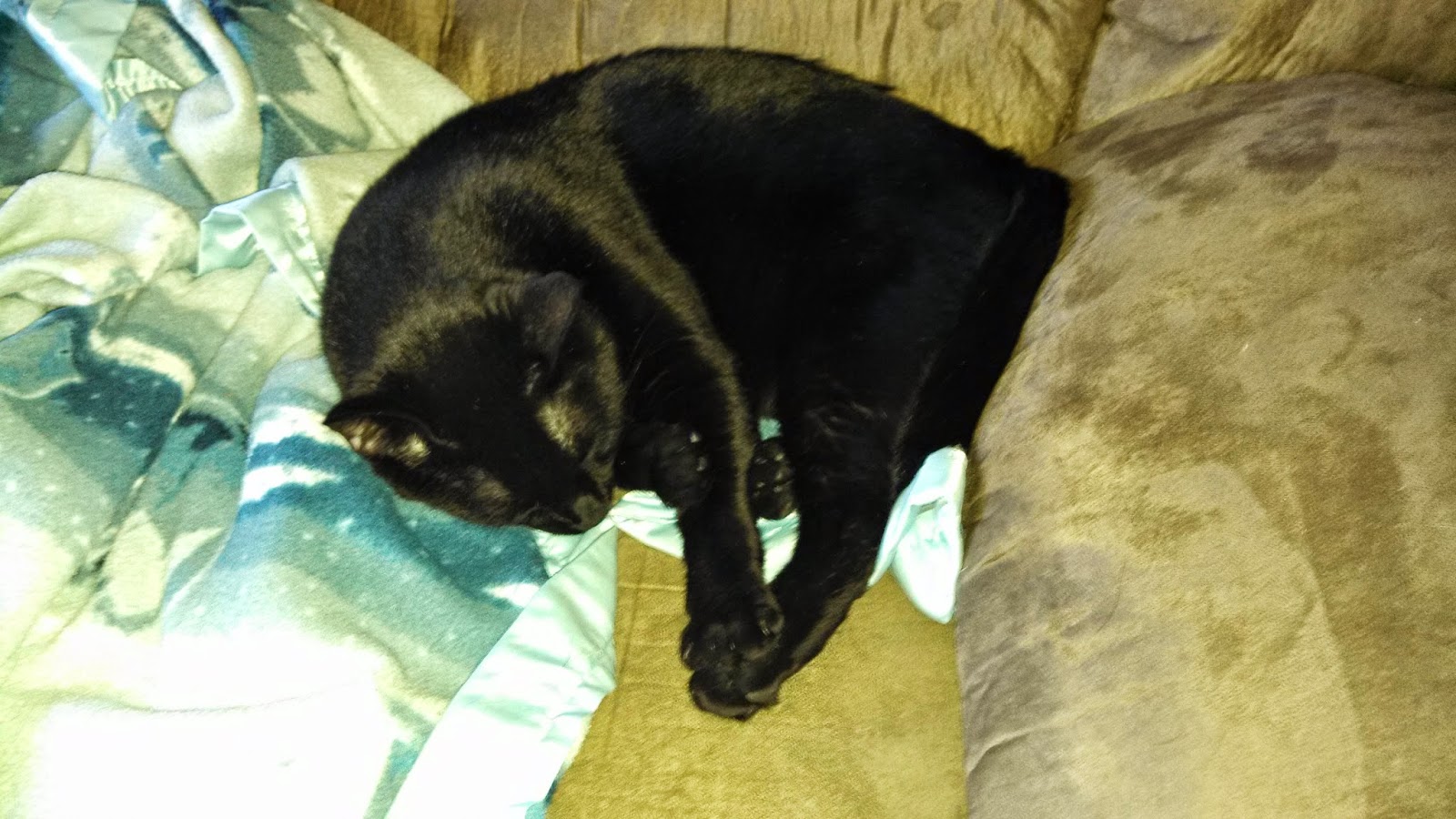 The Stray Cats series is based on my cat. Yep. The little punk wormed his way into my writing. I wondered one day what would happen if he could shift and what kind of person would he shift into. He's a very laid back kind of guy. He rolls with things...unless there's a bit of catnip involved. Then he's a pill.

I kept looking at him and thought, if he came from a litter of all black cats (he didn't. there were orange ones and a couple of calicoes in his group) and they could shift...what would happen. Stray Cats is my version of what could happen. Each cat has a different personality and a different name given to him by his human. Would they be crazy? Silly? I decided to find out and write the series.

I hope you enjoy these short stories.

Here's a little bit about the latest in the series, Cat Groove. 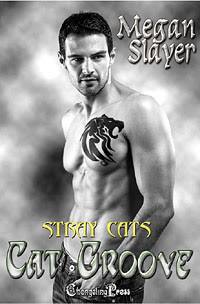 He’s found his mate and his groove, but he’s got to convince her they belong together.

Watching his woman with another man just about killed Roman. His heart beat for Jessa. His ability to switch over to his human form has allowed him to show her his other side, but will he scare her away? He’s willing to work his grove in order to win the heart of the woman he loves.

“Damn it, Roman, get back here. I’m not very in love with you right now.” Jessa tossed the towel onto the floor, then raced after her black cat. “Whoever said he was calm should’ve had to bathe him.” With him speeding ahead of her, she sprinted down the hallway.
“Come back here.” Her hair flew in her eyes and her chest hurt from the scratches inflicted moments earlier when she’d first introduced him to the water.
Roman backed himself into a corner and hissed, his gold eyes blazing.
“Don’t make me have to tackle you.” Jessa crouched and took her best offensive stance. She counted to three, then lunged. An earth-shattering screech echoed in the room, but she managed to grab him. When she looked down into her curled arms, the cat struggled, but couldn’t free himself.
“You are a brat -- cute, but a brat.” She kept him tight in her grasp and marched back to the bathroom. “If you weren’t one gigantic flea, this wouldn’t be necessary.”
Upon entering the bathroom, she kicked the door shut. “Now try and get away.” She glanced around for where the cat shampoo had landed. “This won’t take long.”
The cat scampered from her arms and skidded on the rug. He collided with the bathroom door. When he fell back, instead of a black cat, a man -- a naked man -- lay sprawled in his place.
Jessa dropped the towel she’d picked up and sat down hard on the edge of the tub. “What the hell just happened?” She knew what she’d seen... her cat had morphed into a man.
The guy shook his head, his dark hair ruffling with each shake, then glanced over his shoulder. “Now do you see why I don’t need a flea bath?”
“I don’t understand what I’m seeing.” Jessa balled her fists. What the hell was she supposed to do? Locked in a bathroom with a strange man. “What’s going on here?”
“I’ve got a knot on my head from the door.” The guy turned around and rested against the wooden door. “Remind me not to run full blast away from you.” He rubbed his forehead. “But I’m kind of glad this happened. I was tired of being a cat.”

* * * * *
http://wendizwaduk.com/indexMegan.htm
Megan Slayer - It's Always Fun to Squirm
Posted by Wendi Zwaduk and Megan Slayer at 12:00 AM

Megan, my cats inspire me quite a bit. *laughing* Glad I'm not the only one!