ON TO THE NEXT STEP: WEREWOLVES by Allie Harrison

I hope you are all ready…

I’ve written a number of vampire stories. I’ve written a few psychic ability stories and one or two ghost stories. Now I hope you’re ready as I step into the next phase of my writing life and tell the story of Dylan O’Conner—a werewolf.

At first, I thought ‘werewolf’: animalistic, hot, good looking, powerful, smart. Like those on True Blood.

And yet, as I tell Dylan’s story and how he’s working to keep the woman in his life, his mate, safe from a killer, I find his story is so much more complex. He’s more in depth. After all, a vampire is a vampire all the time. And yes, even though my vampires can go out in the sunlight and eat other things more than blood, I’ve found my werewolf has more concerns.

1. He’s part of a pack. If his secret gets out and the townspeople come after him with pitch forks , it affects more than just him. It affects his family.

3. His needs are more animalistic. While he knows and accepts his mate, he also knows she’s not wanting to move so fast. He has to be patient. And whoever said wolves were patient?

4. My werewolf changes with emotion, not just the full moon. So when he wants to rip the killer apart or make love with the heroine or toss her ex out the door, he’s fighting his urge to drop to all four and howl. It’s not something a ‘normal’ man would have to worry about!

5. And probably the most important concern for my werewolf, Dylan O’Conner, is his sense of justice. First and foremost, he is a wolf, geared and raised to kill his enemies. At the same time, he is a Federal Agent, trained to protect the innocent. He has also taken an oath to uphold the law. So when he finally catches the killer, how will he react? Especially when he discovers the killer is a shape shifter, too?

For the most part, this story has been a lot of fun to write, even though poor Dylan O’Conner has a lot on his plate! I just feel as my concerns and questions come up, I’m spending a lot of time backtracking and adding and rewriting. I hope to share it with you soon. It has a working title of
A HOWL IN THE NIGHT.

In the mean time you can all enjoy my latest psychic thriller, HIDE AND SEEK. 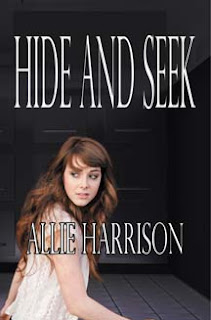 As a child, Tess Fairmont learned the horror of her psychic gift—the ability to not only see, but experience, the last moments of a murder victim’s life when she grasps the victim’s hand. Now as an adult, Tess helps the Chicago PD solve murders. But she soon finds there are things more terrifying than the serial killer in her latest visions…like the way that killer can connect to her through her own ability. She soon finds the only place she’s safe is in the arms of Dr. Michael Adams. Until the killer draws closer and engages them both in a deadly game of HIDE AND SEEK.

Thank you, Stacey, for allowing me to share. Have a great day, everyone!

I love pack hierarchy. Shifters are so fun to write and read. :) Welcome to PR, Allie.